In the Mpumalanga province, on the western edge of the Kruger National Park lies the Ngala Lodge. You usually need an all-terrain vehicle to get to the lodge. The environment around Ngala Lodge is pure wilderness. The experienced and well-trained rangers carry out two safaris daily, early in the morning before dawn and late in the afternoon until dusk. In this way we have also been able to observe nocturnal animals. The game drives are carried out in open land rovers. The park is characterized by a great variety of plants and animals. The natural beauties of this region have captivated us again and again and cast us under their spell.

This luxurious dream of Africa is bordered to the north by the Kruger National Park and is located about 515 kilometers from Johannesburg. The journey takes us through the magnificent Drakensberg, past the famous Blyde River Canyon, the Grand Canyon of South Africa and through the Strydom Tunnel. Ngala Game Lodge is located in the South African town of Lowveld, on the shores of the Mopane River to the north of the wildlife sanctuary, while the Ngala Tented Safari Camp, the luxury tented camp, sits on the banks of the only seasonally water-bearing Timbavati River. The landscape is generally flat and slightly wavy. The main form is bush savannah with forest strips along the Timbavati, which flows through the area from west to east.

Our ranger is an experienced and trained gamekeeper and at the same time track seeker. Game drives take us in an open 4×4 vehicle (Landy) through the approximately 15,000 ha of game-rich area, which is best known for its many lions. Ngala is also called Lion on Shangaan.

The lodge was the first private safari reserve in the world famous Kruger National Park. Ngala has exclusive rights to exploit over 15,000 of the two million hectares of Kruger National Park, which is one of the continent’s most biodiverse and important big game parks. On our first safari we want to see one of the “Big Five”. In the open Land Rover Defender we stalk through the bush savannah. Our ranger sits behind the wheel and his helper positions himself in front of a small seat above the left fender, so that when sighted wild can be reported immediately.

It does not take long and we first encounter a small herd of elephants. We carefully approach the huge animals up to a few meters. The bull waves his ears vigorously and trumpets frantically, prompting our ranger immediately to increase the escape distance by engaging reverse gear. We do not want to get involved in a direct confrontation. African elephants are the largest land mammals on earth. Bulls reach a height of over 3 m, and weigh up to 6 tons. The tusks weigh around 60 kg. Elephant cows are about 2.50 m tall and weigh 3000 – 3500 kg. The ears of the elephants reach a height of 2 m and a width of 1.5 m. The skin of giant animals has a thickness of 3 cm. It needs adequate care, which is done in mud baths.
Elephants hear and smell great, but eyesight is pretty weak. Their food consists of herbs and bushes, leaves and twigs, roots and barks. Fruits are a delicacy for elephants. The elephants have a nutritional requirement of about 300 kg a day, which is why they spend approximately two thirds of their lifetime eating. The large amount of food required means that habitat is becoming smaller and smaller for other species. In addition, the elephants that travel long distances on their journey, can not be stopped by fences and barriers. They just tear them down.

As a result, other species leave the park, which are relocated in elaborate actions. For sleeping the elephant stay only 4 to 5 hours. The main feeding times are morning, afternoon and night. The family forms an association of elephant cows with all children. Leading a group of the largest, mostly the oldest elephant cow. It determines where and at what speed it goes. Young male offspring leave the family at 12 to 13 years old.

The bulls form small herds of about 10 animals or they live as loners. When bulls become fertile, they go in search of a suitable female. After 22 months of gestation, the elephant cow gives birth to a calf. The communication of the elephants takes place via infrasound. Very deep sounds that are inaudible to the human ear are emitted. The elephants have a life expectancy of about 60 years. Her death is determined by the condition of the bit. Elephant teeth grow during their lifetime. You have 6 teeth per half of the pine. Once these are used up, the life of an elephant also ends.

On our further game drive we meet a group of zebras, who are resting under a shady group of trees. This gives enough time for us to observe the animals in peace. Extremely remarkable is the group behavior of zebras. The animals live in smaller groups of up to 20 animals led by a lead stallion. The families usually stay together for many years. Once one of the animals is lost, the group often looks for it for days at a time. After several hours of game drive, we need a little break now. The many impressions must first be processed. Brigitte refreshes herself with the drinks she has brought from the cooler. 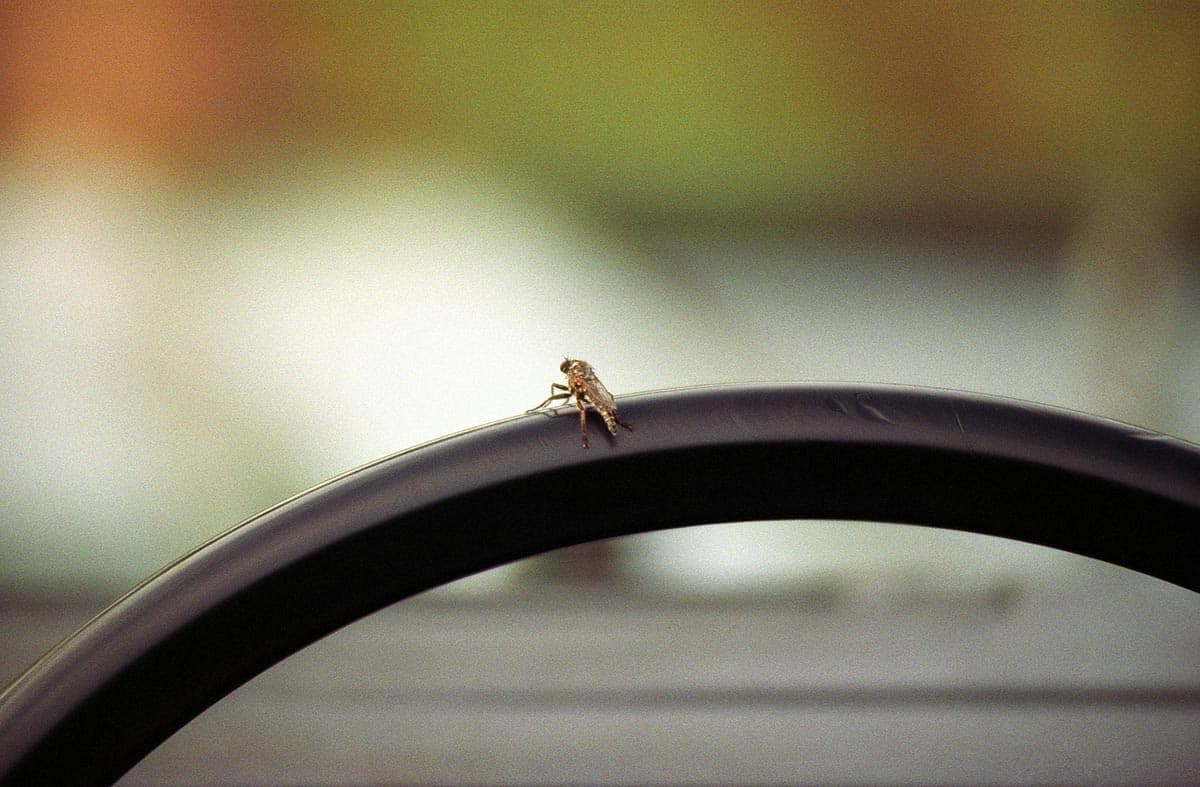 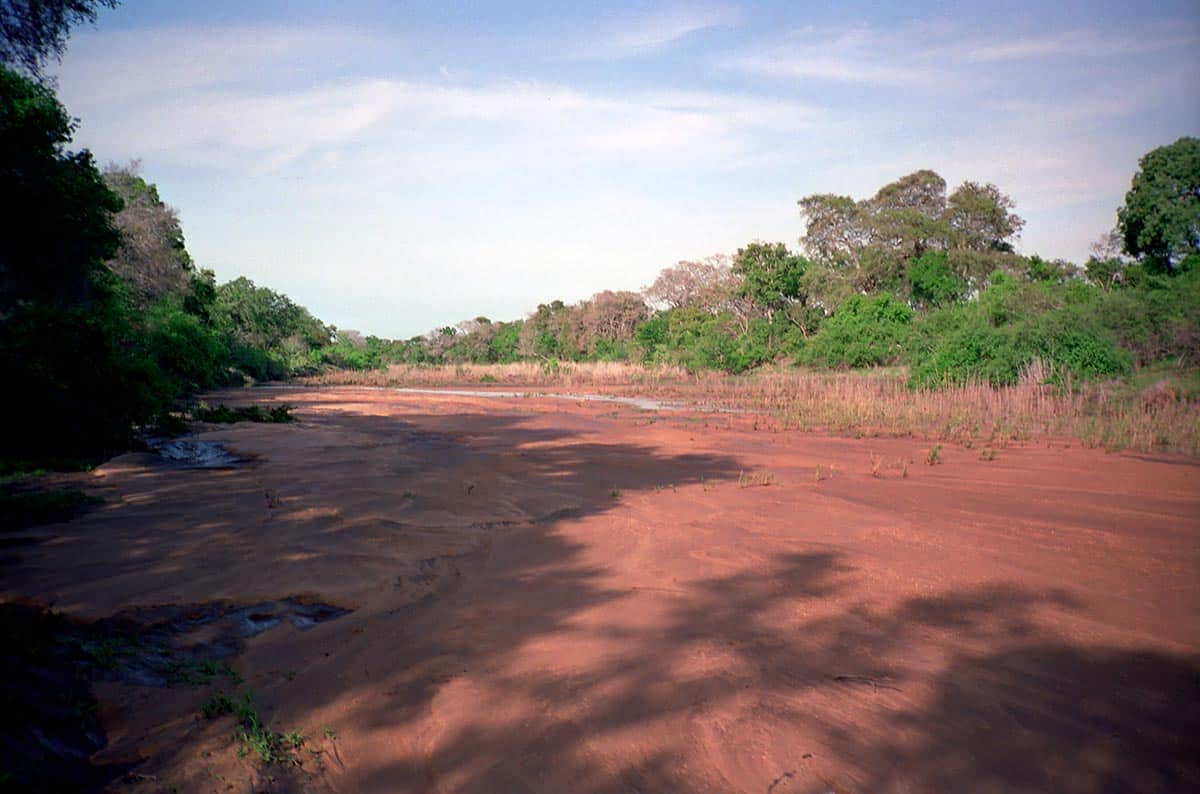 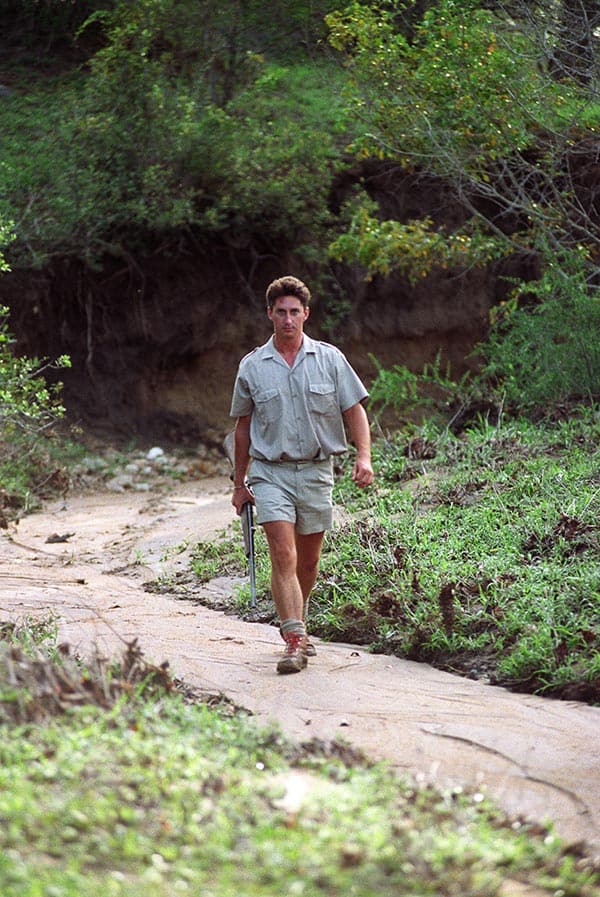 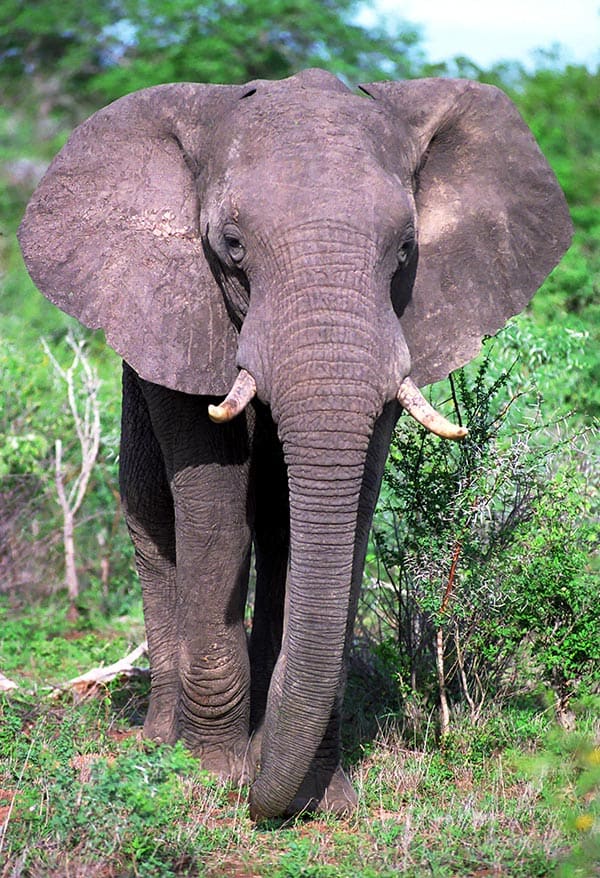 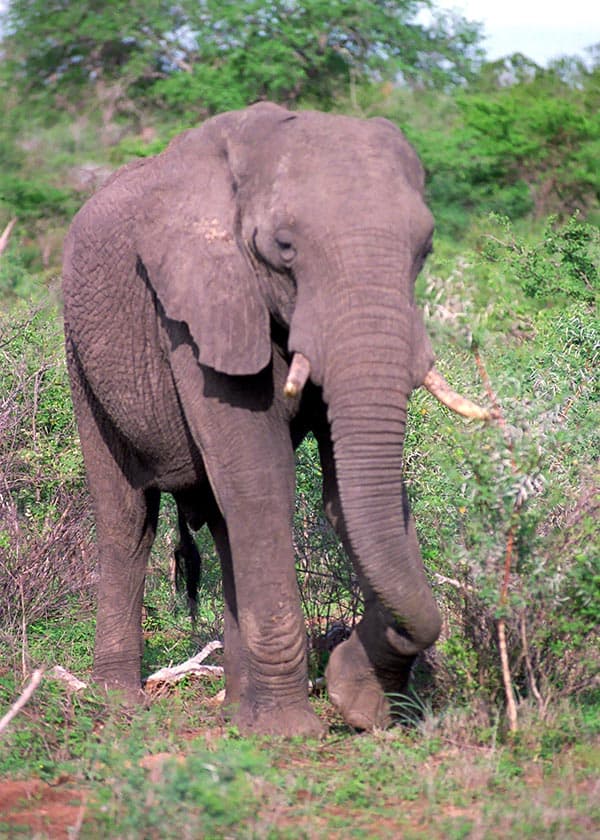 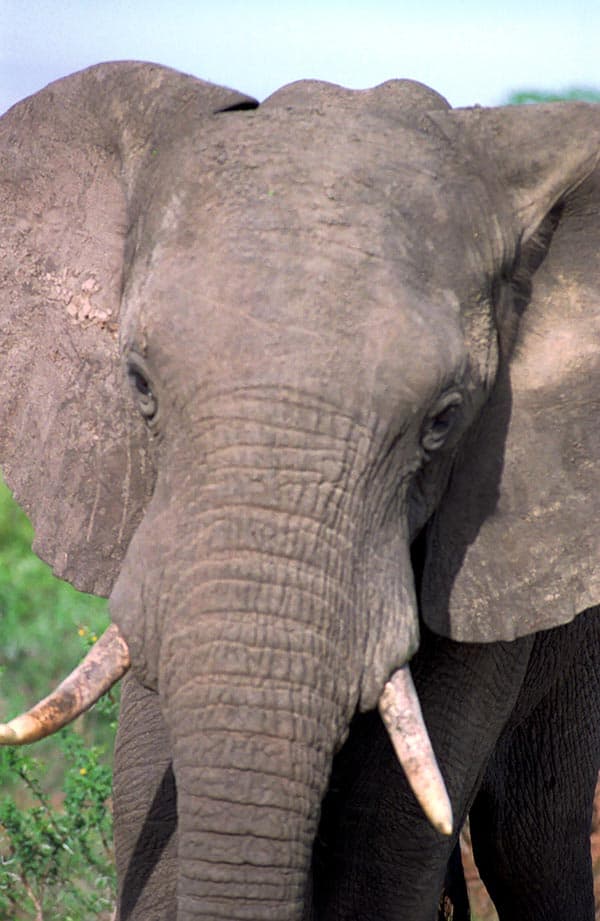 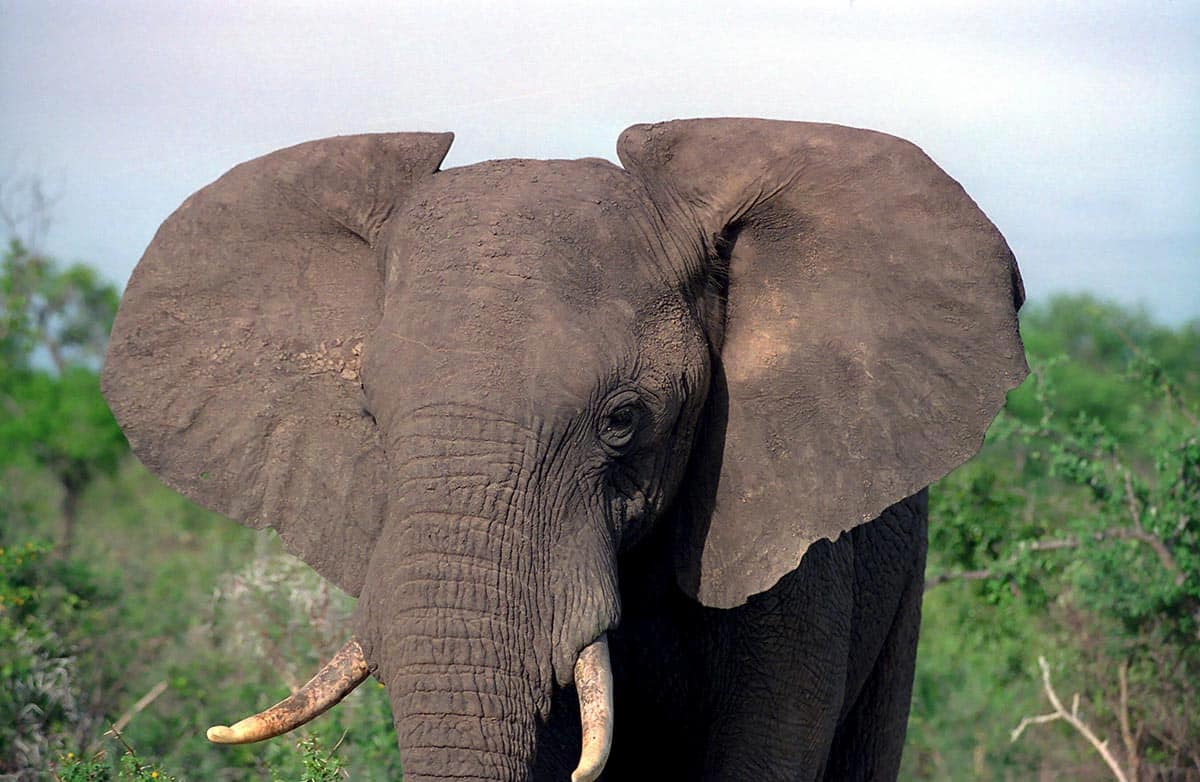 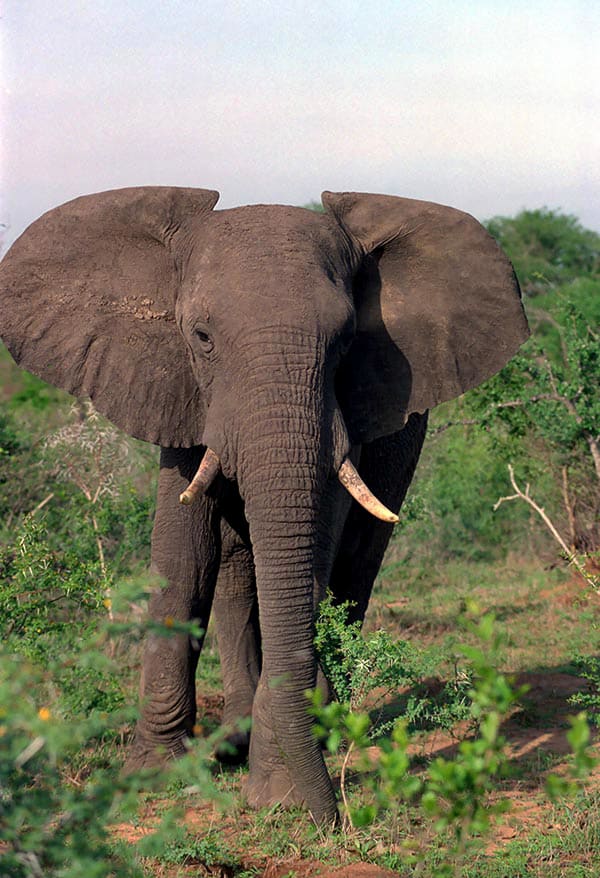 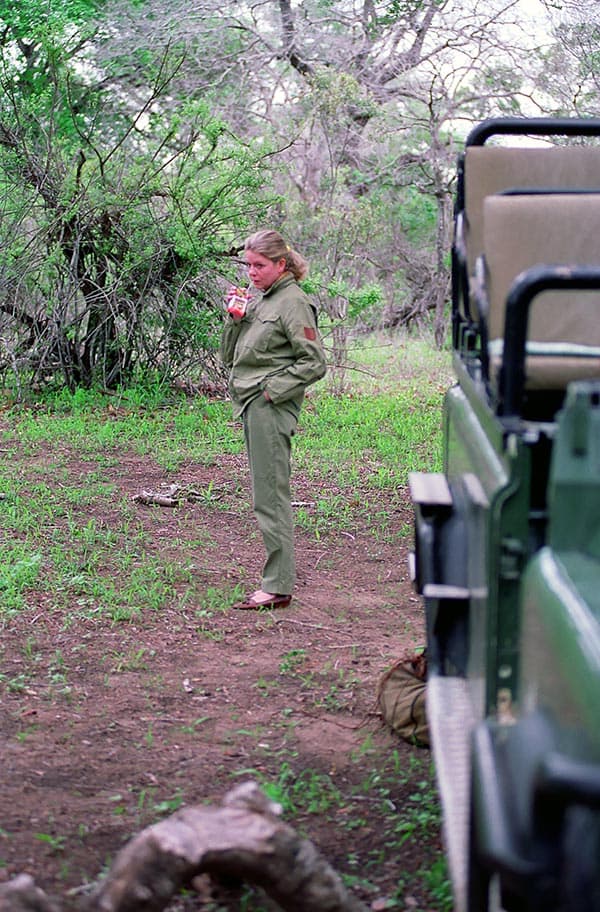 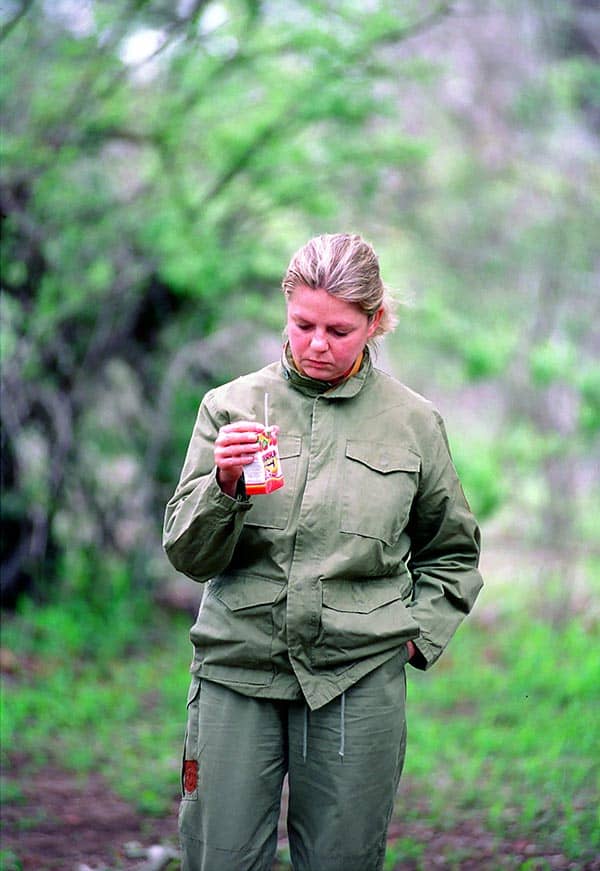