Sun City is probably the most famous place in this province – a player’s mecca and venue for golf tournaments and star-studded concerts. Not far away is the Pilansberg Game Reserve, the oldest protected area in the province. A little further south are Rustenberg and the Rustenberg Nature Reserve on the Magaliesberg, which is a habitat for antelopes and other wildlife as well as for rare birds of prey (Schwarzer Adler). Other places worth seeing are Klerksdorp and the old university town of Potchefstroom.

If the cities of South Africa are too hectic and the nature reserves are too quiet, you can expect a different kind of experience in Sun City. Here, in the midst of a vast savannah landscape lies the Las Vegas of southern Africa. The spacious amusement complex was once part of the now defunct Homelands Bophuthatswana.

The independence of the homelands enabled here in proximity to the urban centers of Johannesburg and Pretoria a wide range of games of chance and nude shows, all activities that were banned in Calvinist South Africa at that time. But the smell of the forbidden Sun City has long lost. Today, the name stands for luxurious hotel complexes, beautifully landscaped water gardens, outstanding golf courses, imaginative gambling halls, exclusive casinos and first-class entertainment shows. The latest gem in the series of different casino complexes is Lost City.

The complex in the style of a sunken, legendary African city is fantastically located and designed very imaginative. No wonder then that Sun City attracts more than 25,000 visitors every day. When multimillionaire Sol Kerzner started building the Sun City complex, gambling was banned in South Africa. In the semi-autonomous Homeland Bophuthatswana, however, one recognized the lucrative source of income and allowed the construction. Only just 180 kilometers north of Johannesburg was built in several stages, in a bleak landscape south of the Pilanesberg, a large amusement park, with an artificial oasis.

It all started with a luxury hotel with a casino, an artificial lake in the desert and an excellent golf course by Gary Player. It is best to sit down comfortably on the balcony of your hotel room after check – in, take something cool to drink (Sun City lives up to its name, it ‘s warm to hot and always sunny) and study the layout plan in the Rooms, and which you desperately needed to mentally settle in here. Well recovered and with the map as a companion you should simply walk through the area, take a walk and take a look at the range of leisure activities. Inside is probably the most luxurious hotel in Africa, which is only accessible to people on a budget.

In the King Tower, the highest tower, there is the Kings Suite, for which you have to fork out about 3,200 euros / night. The suite is paneled with maple, offers bar, library, dining room, several bedrooms and a wonderful panoramic view actually everything you need. A really stark contrast to the raging poverty outside. From Johannesburg it is about 1700 kilometers to Sun City. From Johannesburg Airport there are daily flights to and from downtown Johannesburg daily several buses in the entertainment paradise. On the weekends, buses also commute between Pretoria and Sun City. 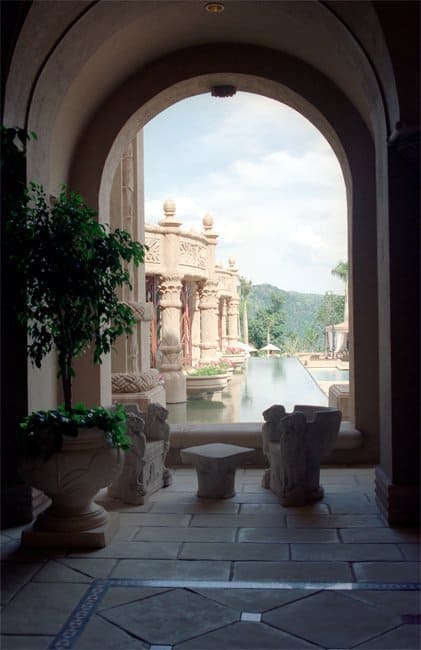 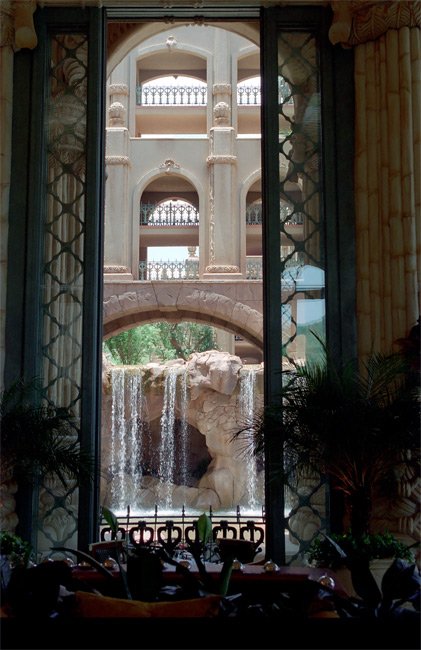 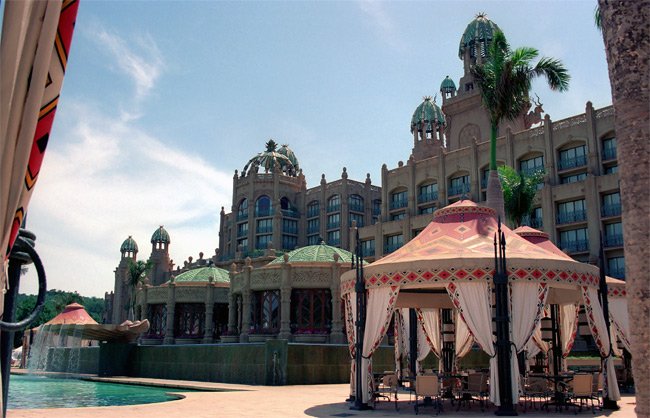 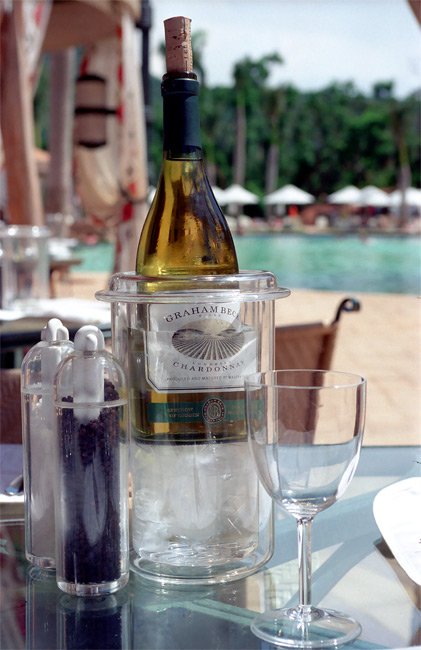 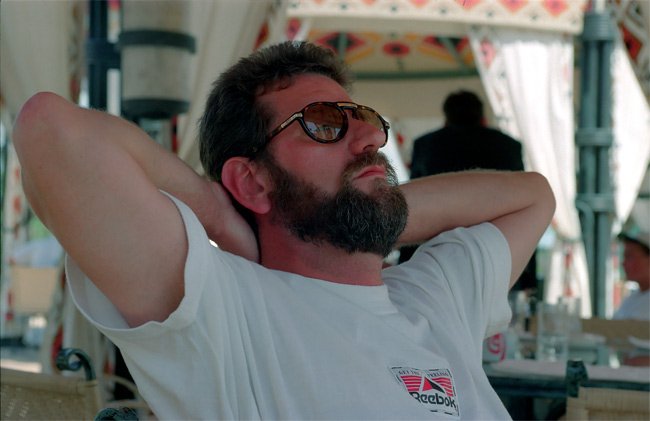 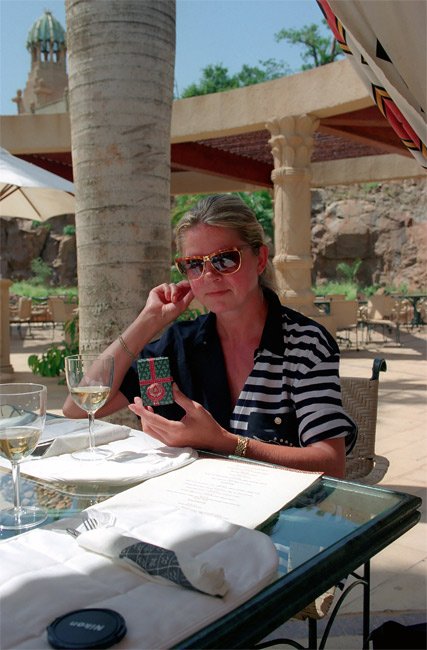 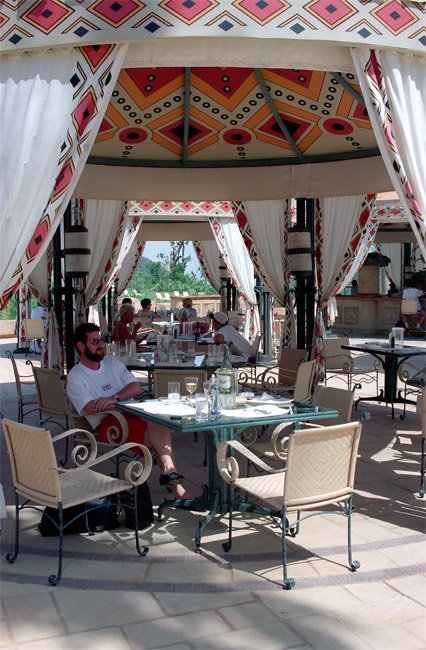 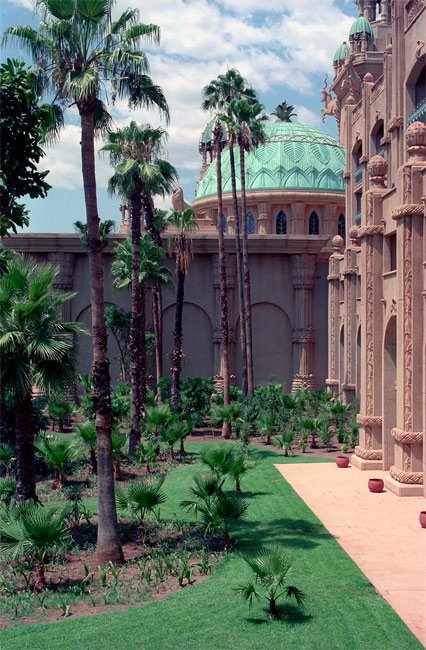