When Charles Darwin visited the Galápagos Islands, it was swarming with iguanas in some areas so he had trouble setting up his tent. Today they are numerous only on Fernandina. On Santiago e.g. they were completely eradicated by imported rats and feral pigs. During the mating season, the males fierce battles, which usually go out bloodless. If the opponent takes on humility, the winner makes him withdraw generously.

There are 14 subspecies of the Lavaechse, whereby the Espanola type is endemic. They are here up to 30 cm long. The Lavaechsenweibchen is smaller and has a bright red spot at the throat. Males and females have their own territories to defend, with only same-sex intruders being fought.

Land iguanas or Drusenkoepfe live individually, in pairs or in small groups. They can grow up to 1.20 m long. They look like from another time.

Prickly cactus leaves get them as well as tender green plant leaves. The thick cactus leaves remove the vital moisture, because fresh water is missing on many islands. The fruits are a treat. Since they are pretty prickly, the iguanas roll them over the stones until the last sting has broken off.

A male that differs from others by eye-catching colors has greater chances of choosing a partner and thus more offspring. At the mating season the males fight for the best and largest territories, because the females are only strong superman. In this way it is ensured that only the strongest can multiply. The fighting, however, is more ceremonial, the animals do not hurt each other. With a violent nod the fight is initiated, the rivals stand upright. They collide with their foreheads and try to push each other off the field. The weaker gives way and moves his way. The situation is different with the females: they have to dig deep holes in the soil to lay their eggs there.

Loose soils are therefore very popular and where these places are rare, they often fight themselves to the death. Even only the strongest can reproduce from them.

Marine iguanas are cold-blooded animals, their body temperature rises and falls with the ambient temperature. When the tide comes and they have enough energy ashore, they start foraging on the ocean floor, where they graze algae carpets. No other lizard in the world feeds on the sea, nor are they among the few animals that can drink seawater. They have glands in the nasal region with which they excrete the excess salt again. 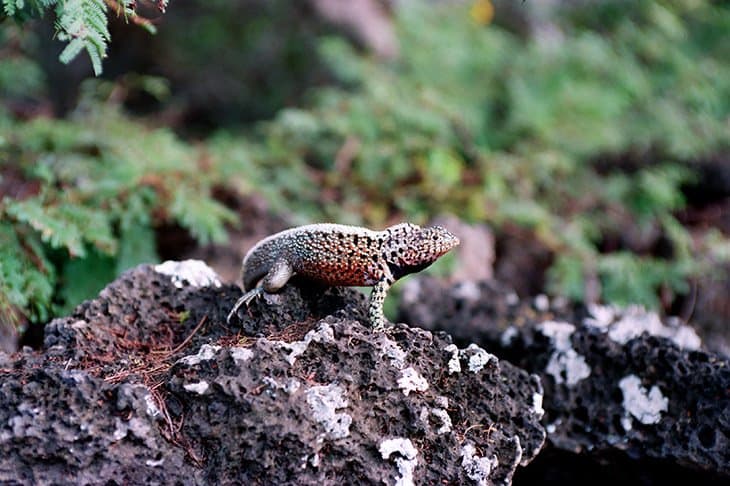 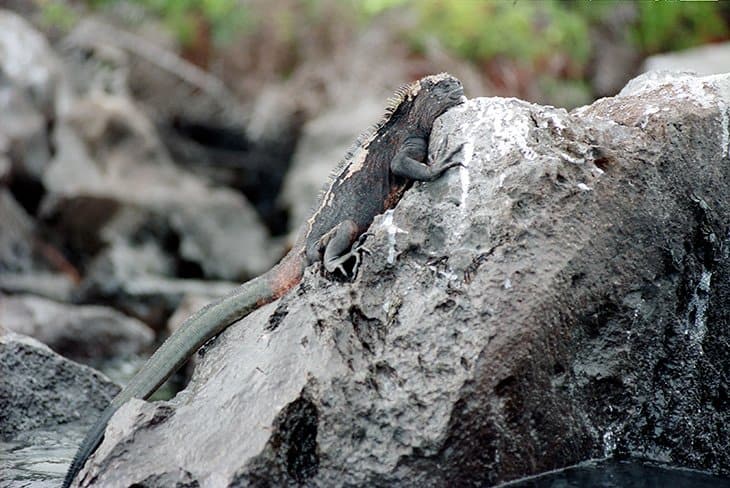 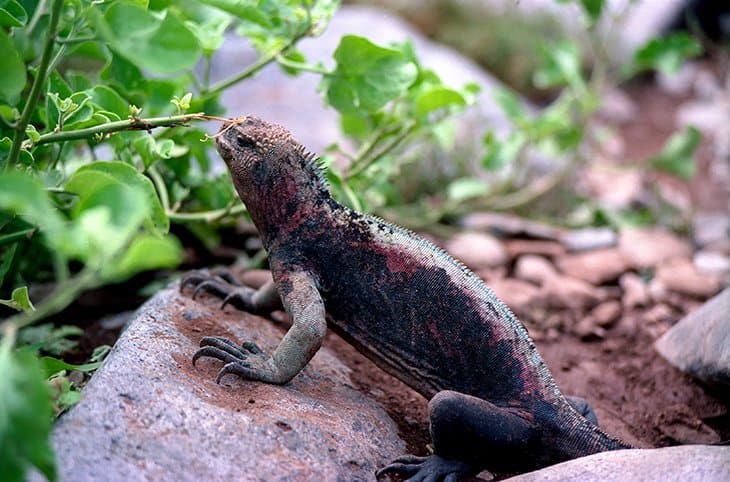 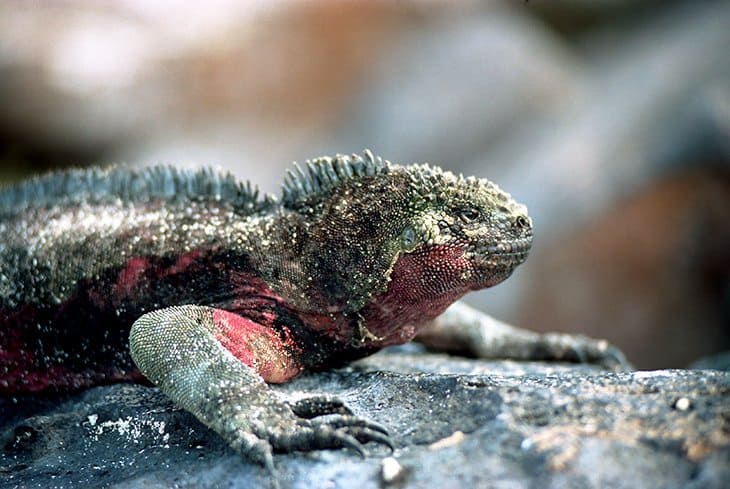 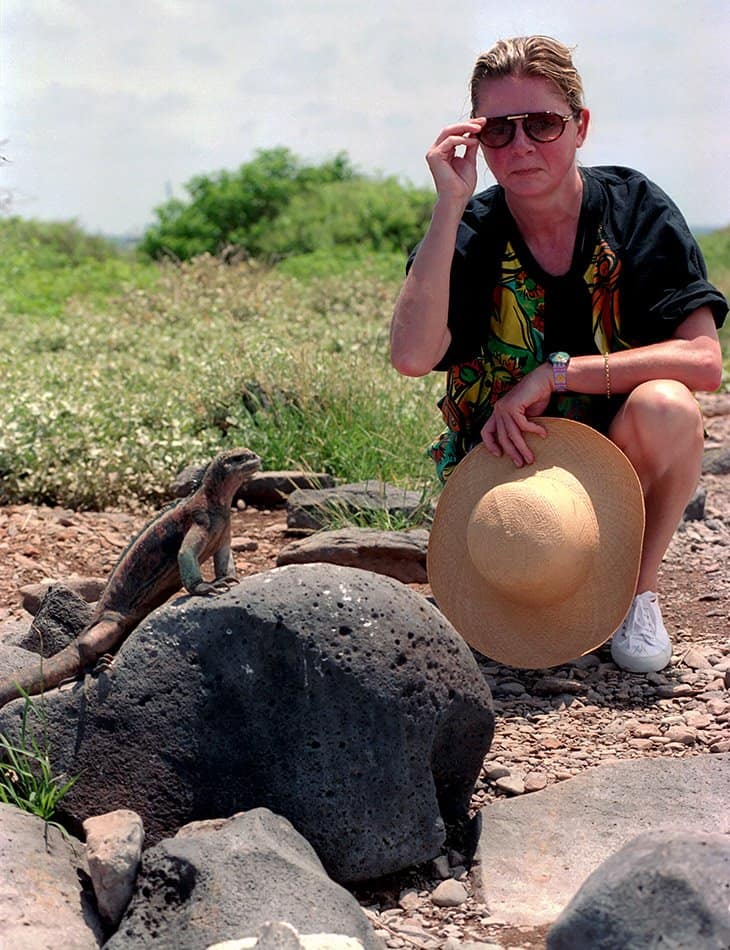 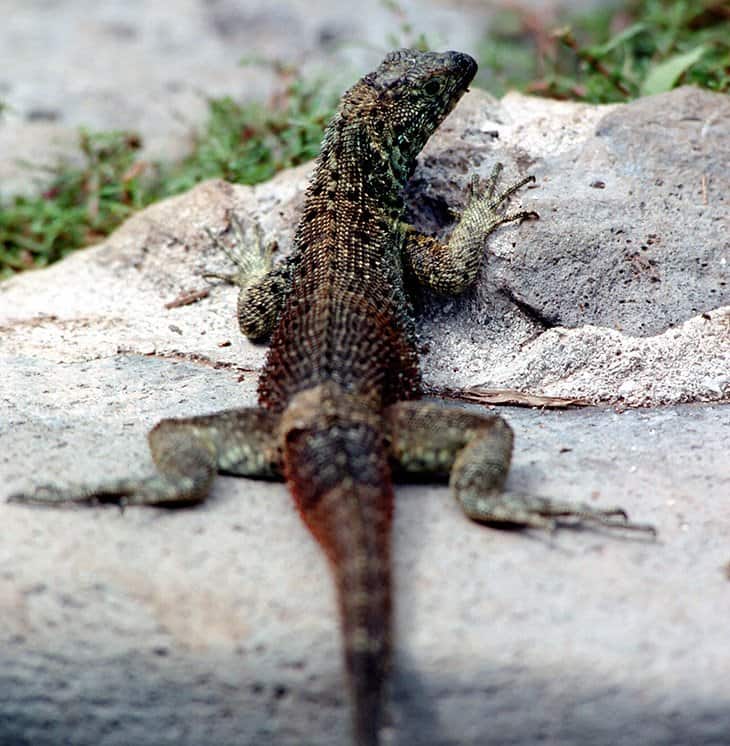 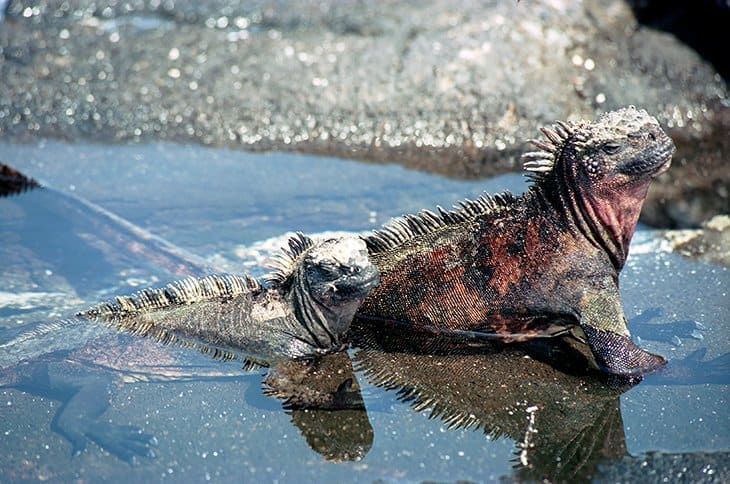 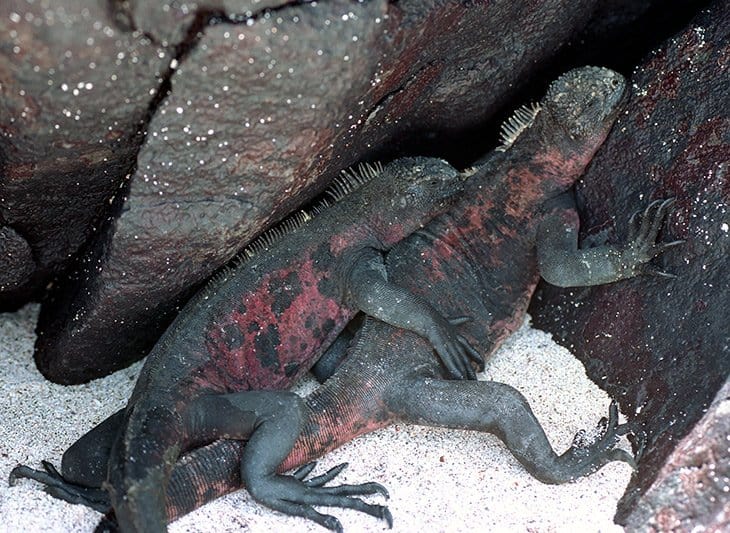 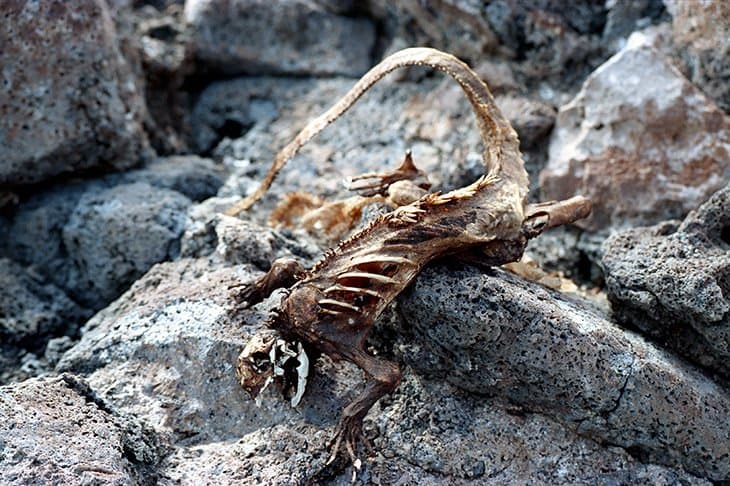 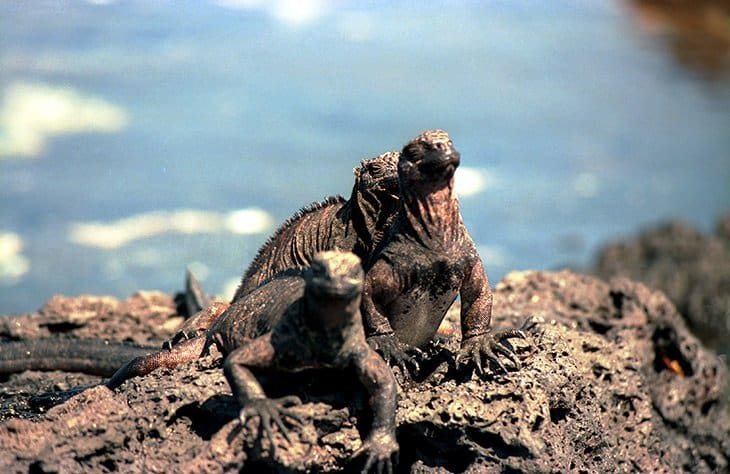 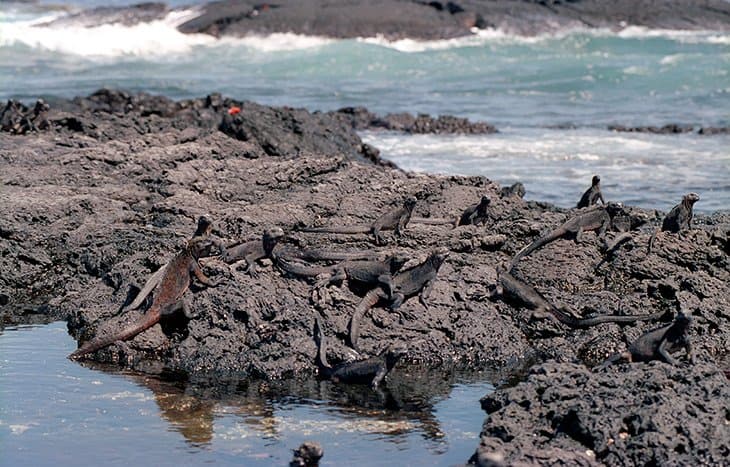