There are two types of rhinos, the white rhino also called “White Rhino” and the black rhino called “Black Rhino”. Bulging lips and an elongated head characterize the White Rhino. The Black Rhino has a shorter head, which ends in a pointed grasping lip. On its enormous mouth above the nostrils, these colossuses carry two rhinoceroses. One is slightly longer. The second has a short stump.

Rhinos are hairless except for a few fringes on the ears and on the tip of the tail. After the elephants, the white rhinoceros is the second-largest country-mammal. It reaches a shoulder-height of 180 cm. The bulls have a weight of up to 2300 kg. The cows weigh somewhat less and reach a weight up to 1600 kg.

Less massive and with longer legs, the black rhinoceros is equipped. The bulls weigh approximately 1200 kg. The shoulder-height is with approx. 160 cm. The front horn becomes approximately 130 cm long. The life expectancy of the rhinos amounts to approximately 45 years. White rhinoceroses live in open tree-savannas and live exclusively on short grass. They drive with its gigantic mouth like a lawnmower on that occasion over the ground. Black rhinoceroses inhabit more the bushland and more densely wooded areas. They mainly eat leaves. The most active times for rhinos are early morning, late afternoon and night. At noon they rest. The rhinos are semi-blind, but have a distinct sense of smell and fine hearing. Black rhinos are wild and daredevil. If a rhinoceros weather danger, it races with a speed of up to 50 km/h straight ahead into the direction of the supposed danger. The only rescue is then the next tree. White rhinoceroses are more gentle and shy on the other hand. They are extremely sensitive to noise and immediately flee from a disturbance.

On our safaris through the bush of South Africa we met rhinos on one of our tours. With the Landrover we could approach up to few meters the colossuses. The population of rhinos in the area of the Kruger National Park is extremely low. Rhinos are still threatened with extinction throughout Africa. Even in the national parks it is not easy to protect the animals. Poachers (in the Kruger Park poachers mostly come over the more than 300 kilometres long and therefore hardly controllable border to Mozambique) continue to kill rhinos. The motive is the horns. They are sold at high prices on the black market. The pulverized horn is particularly sought after by Japanese men as a sexual enhancer.

Rhinos have inhabited the African savannah for millions of years. It took only a few decades to almost exterminate them. Even after months of residence in East and South Africa, only a few of the enormous, primeval colossuses remain. This is the result of unscrupulous poaching for dagger handles in Yemen and traditional medicine in East Asia. The powdered horn of these animals is not only supposed to cure serious illnesses, but also to strengthen manpower – this superstition of the East Asians is probably the result of the endless mating games of the rhinos. The horn is outweighed by three times the weight of gold and no international protection law helps against such a prospect of profit, especially in the poor countries of Africa.

In the meantime there are protective measures in place in some African countries which are trying to save the endangered animals from extinction. Young males, two to three years old, leave their mother and soon join forces with a fellow animal to explore the savannahs. With this friend she then connects partly a friendship for many years. The rhinoceroses are extremely impressive seen from close up.

It is a stroke of luck that we unexpectedly had two of these specimens standing directly in front of our Landrover. We crossed a small clearing and suddenly they stood there………. We can observe the two rhinos for a while, then they move into the dense bush and disappear into our eyes.

After this experience we first of all deserve a short rest. Our help-guide takes care of the fire. Brigitte does not dare to leave the Landrover for the time being. It could be that the rhinos suddenly come back…..

An eventful day in the bush of South Africa lies behind us and we travel back to our lodge satisfied and happy. 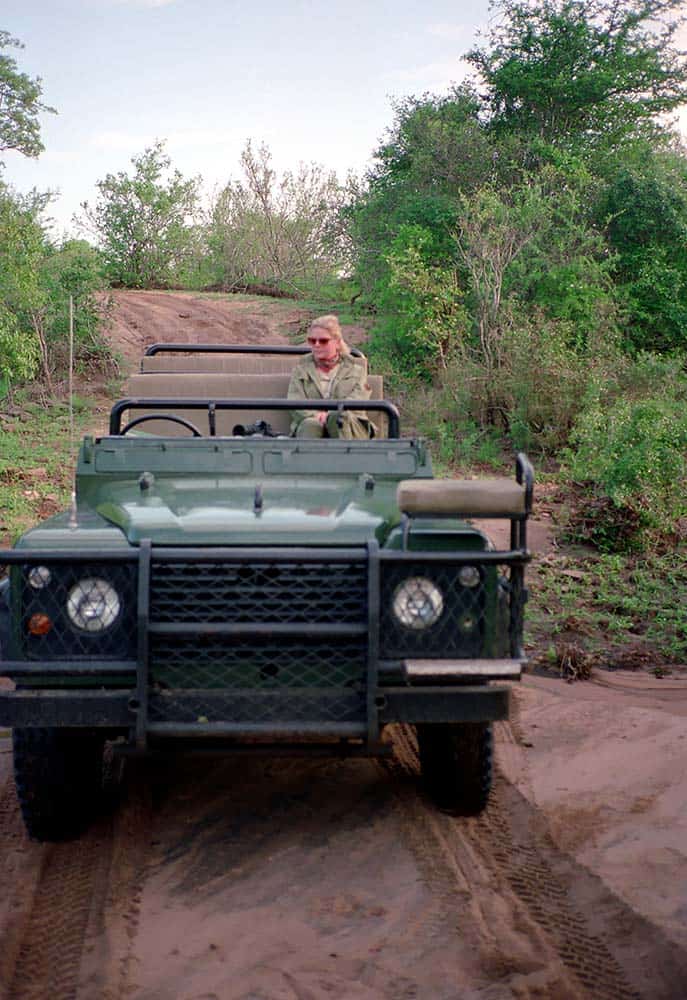 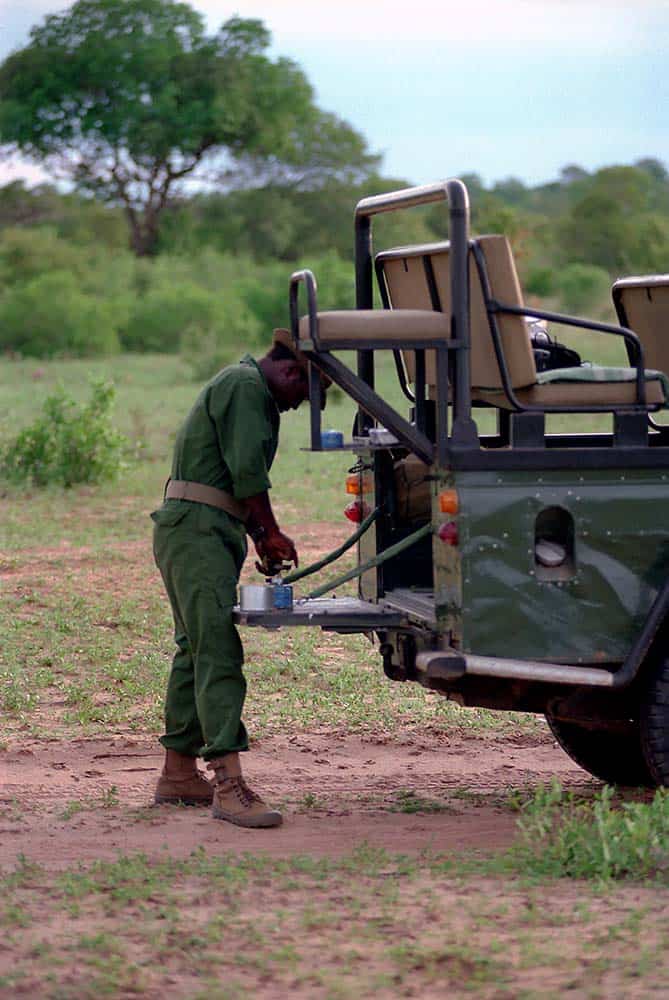 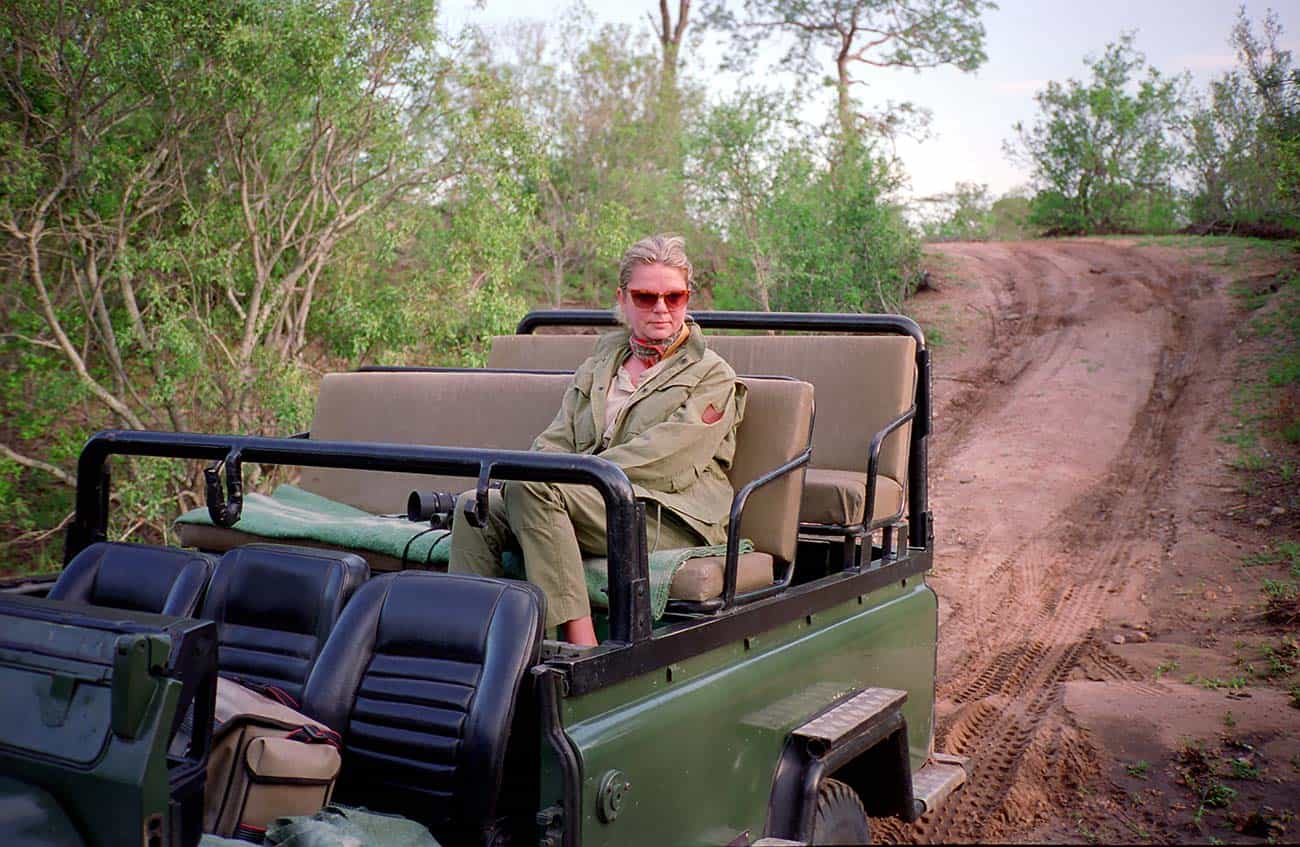 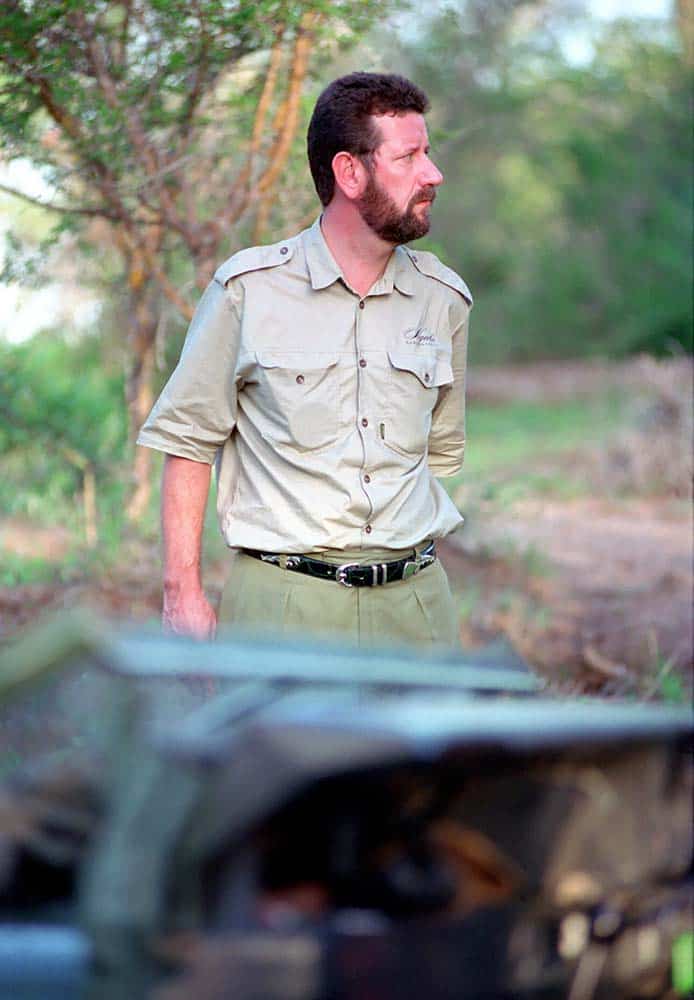 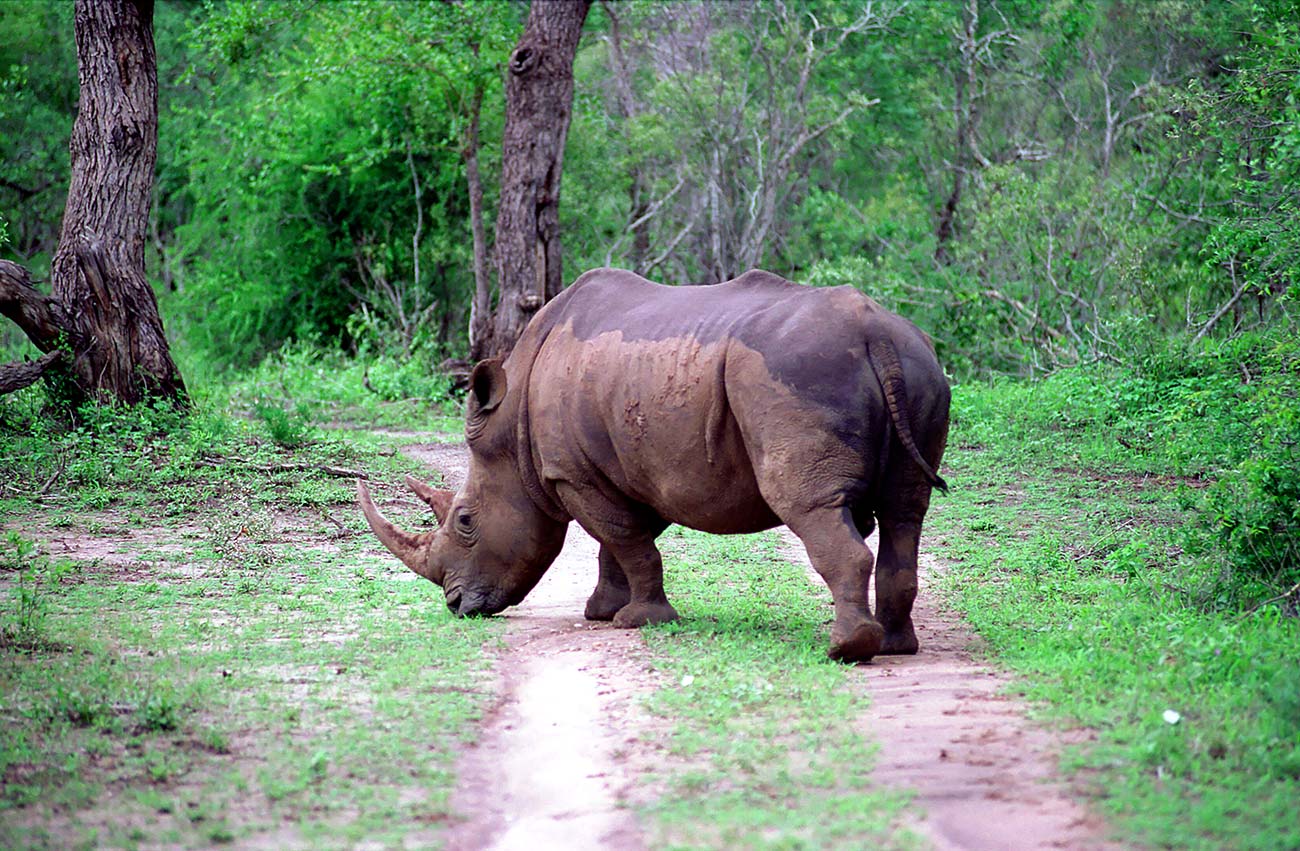 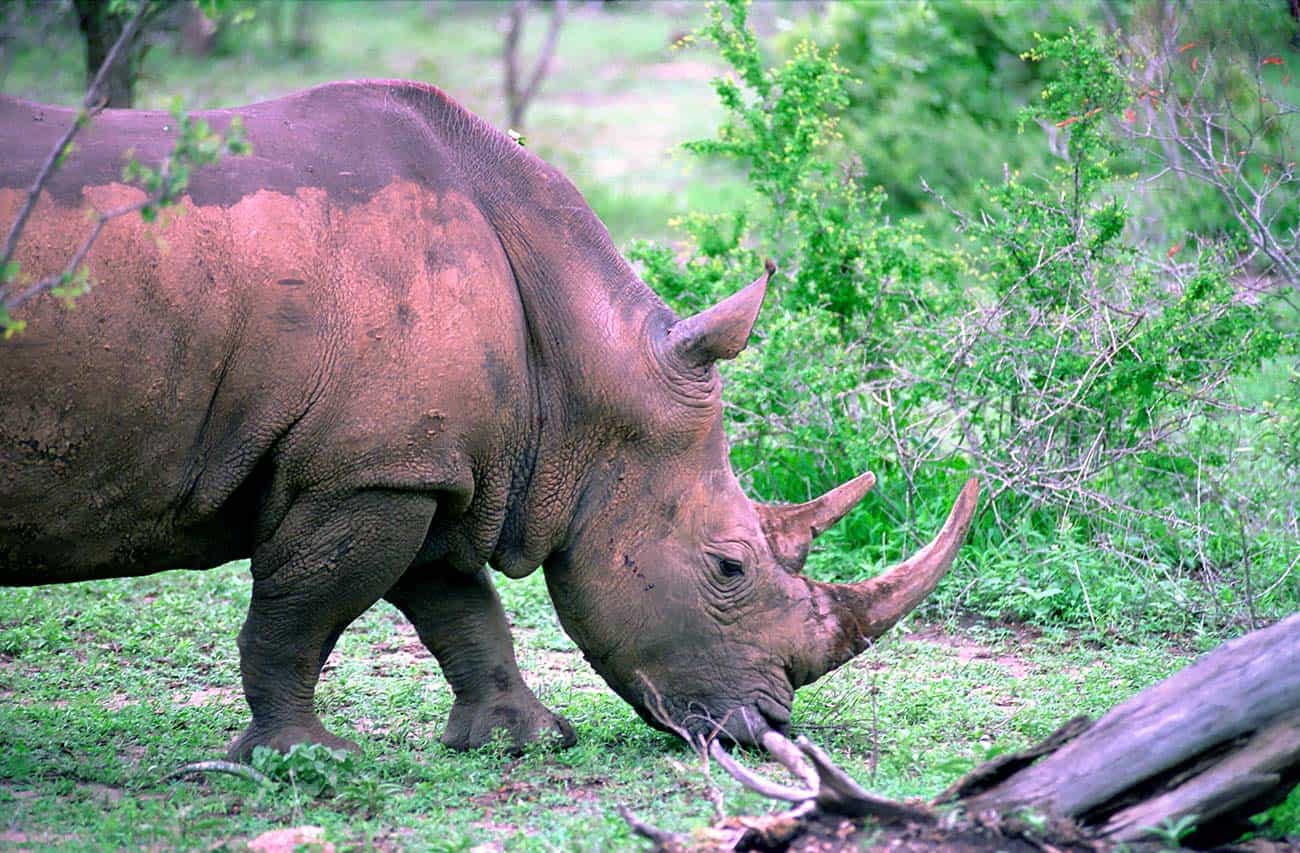 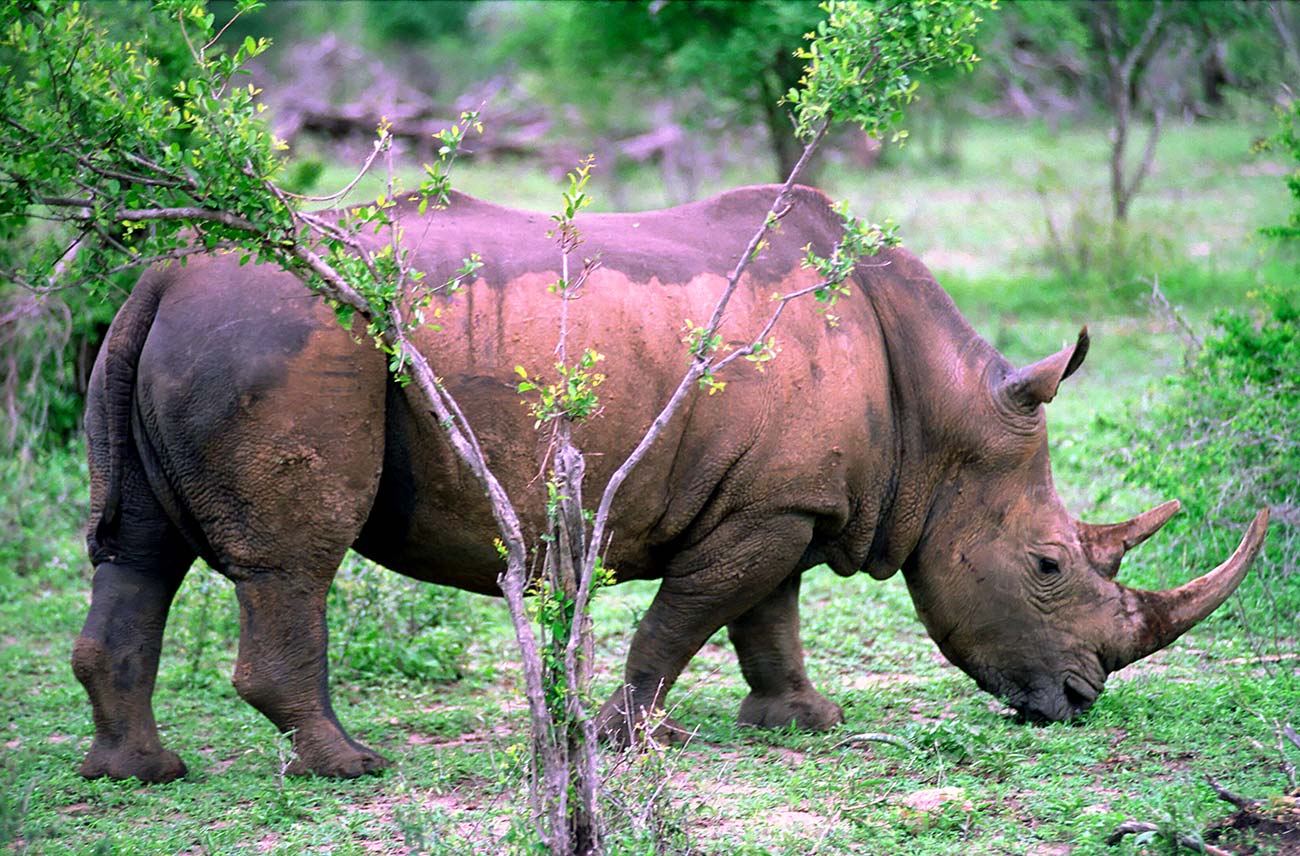 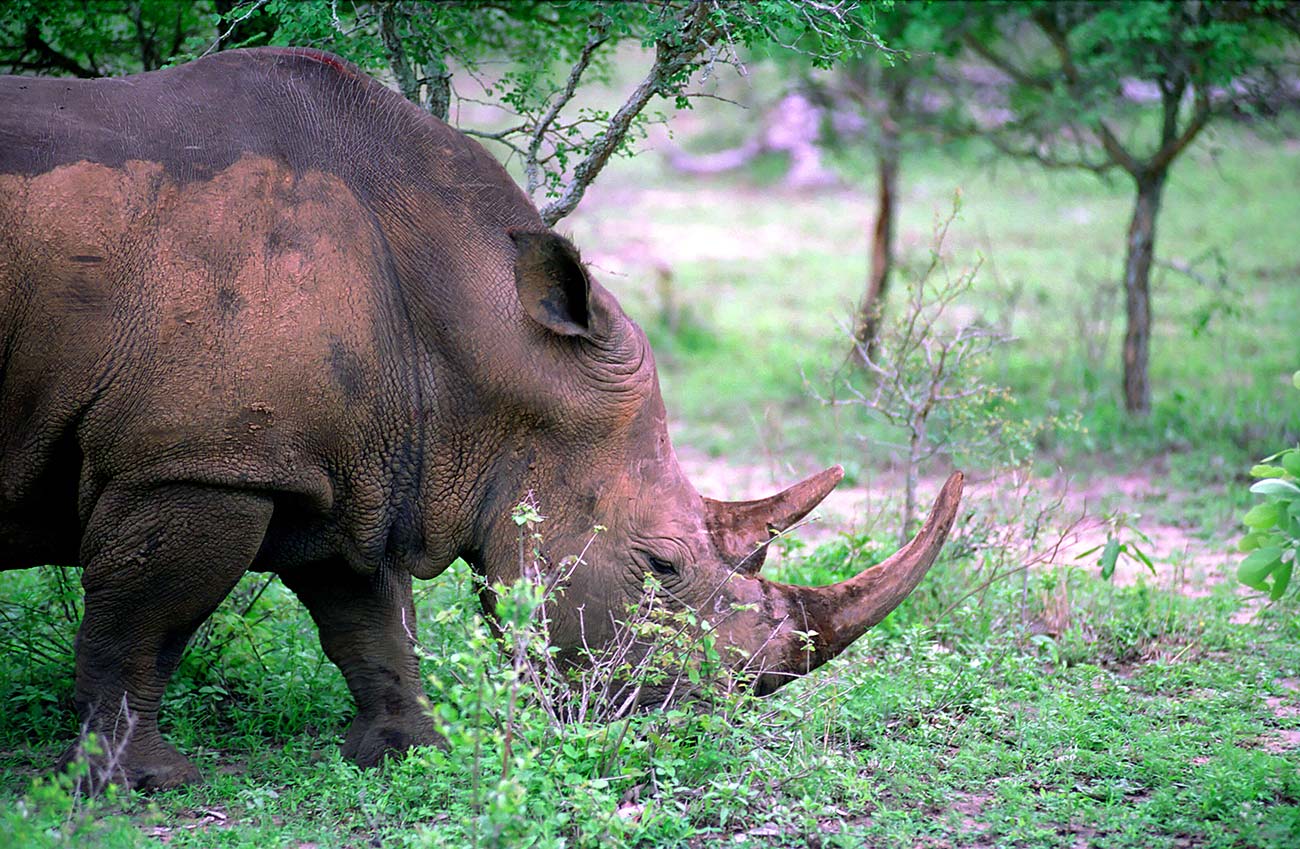 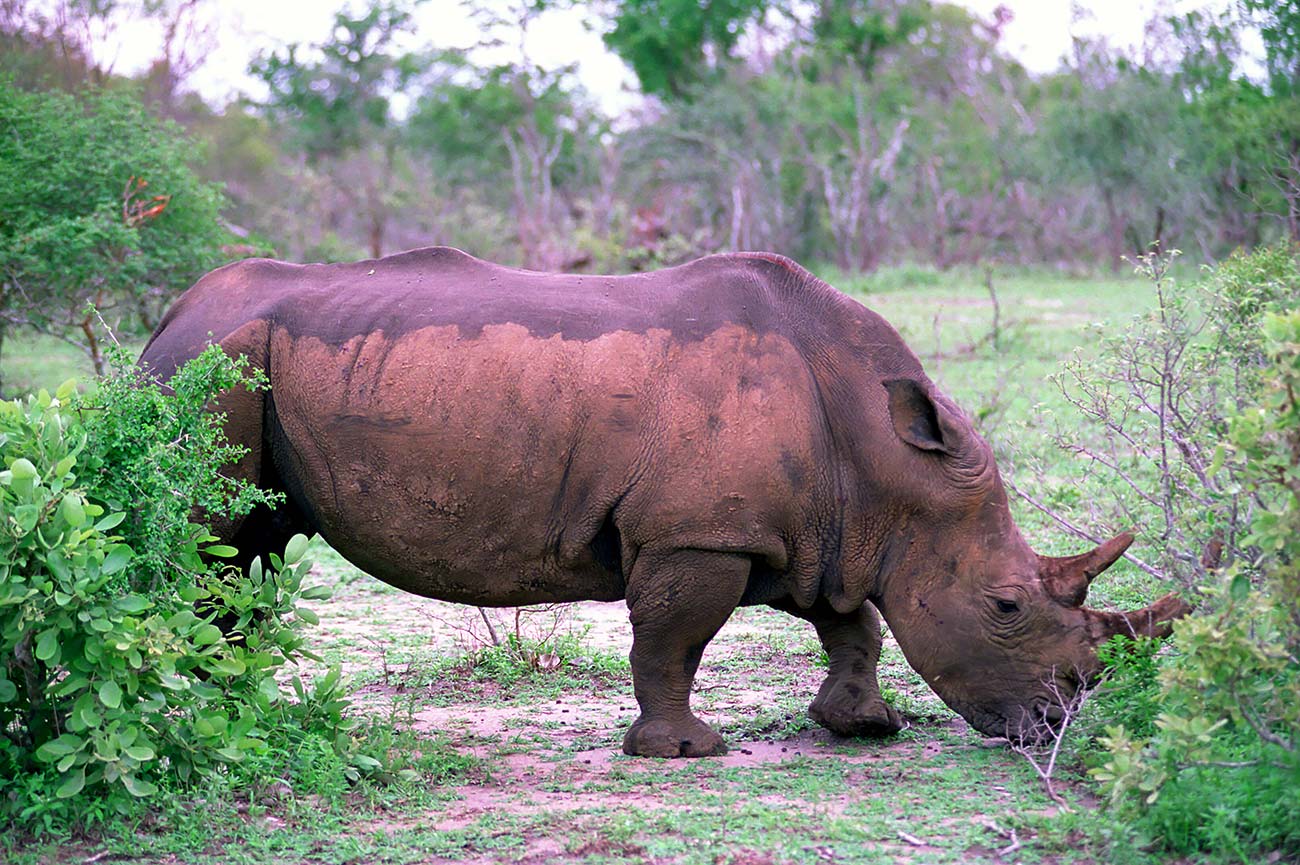 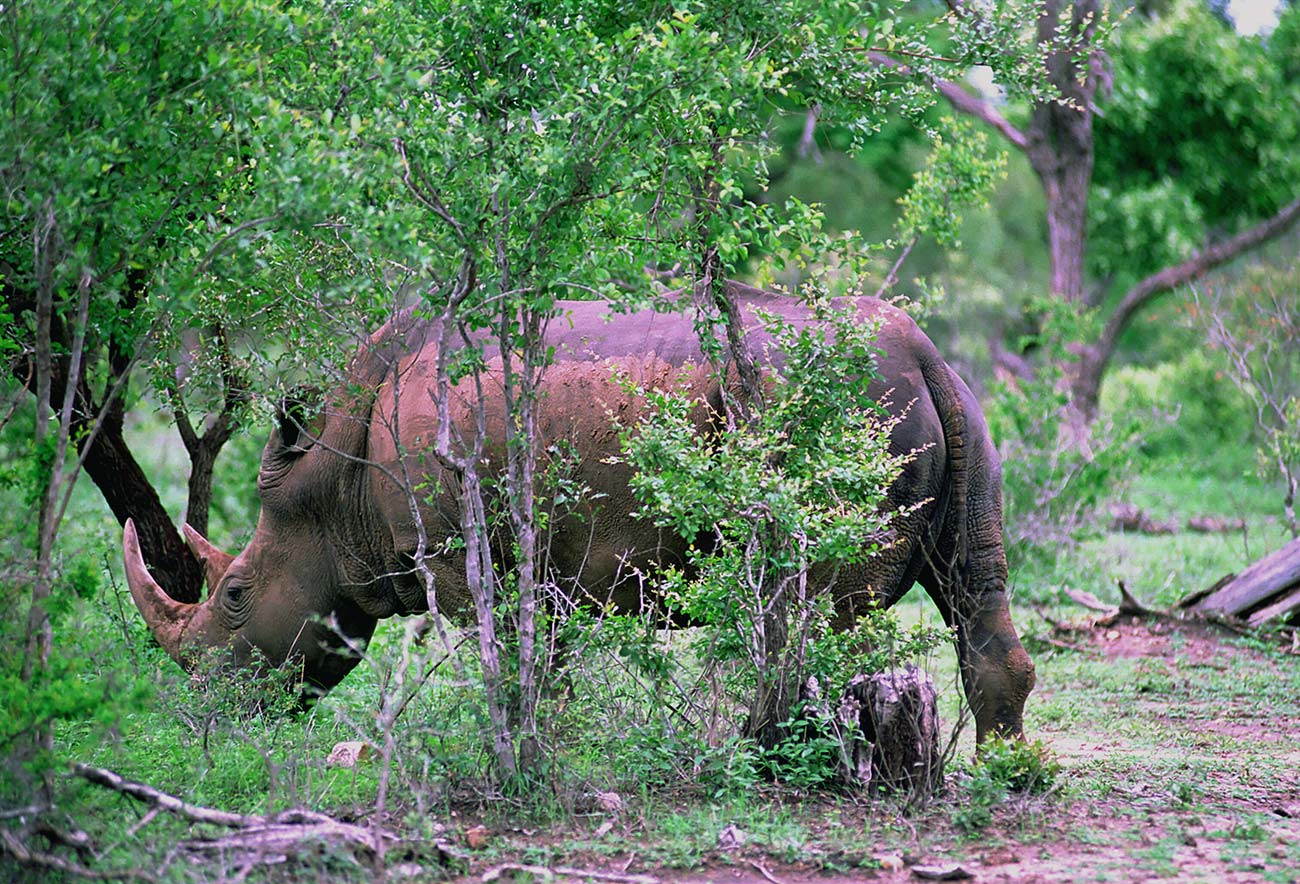