Around Rotorua there are 4 major thermal springs: Whakarewarewa, Waimangu, Waiotapu and Hell’s Gate. Whakarewarewa is probably Rotorua’s most active thermal area and here is the geyser Pohutu, which spouts about 20 times a day to a height of 30 m. Other attractions in Whaka include hot mud baths and hot springs.

The journey is already spectacular. Through a barren landscape the way leads us to Devils Home! From the cave, hot vapors rise, promising nothing good.

Let’s take a close look at this spectacle. From the gull hisses and seething and Devils Home lives up to its name.

The landscape around Rotorua is an unreal poisonous kitchen of bubbling and hissing vapors and stinking poisonous gases rising from subterranean crevices and taking our breath away.

But there are also hot springs, big as lakes, which have temperatures around 100 degrees. You should avoid avoiding falling in here as much as possible. The chances of survival are almost zero. Hot steam rises from the lakes and in the middle a seething mass of earth rises up from depths of up to several hundred meters.

The interior of our earth is palpable, so Brigitte has to overcome quite well, to go over this narrow bridge. A short slip up and it’s over …

We still have not seen enough of this unreal landscape that captivates us. At this point yellowish foul-smelling mud rises from the earth’s interior. Elsewhere, the boiling water seethes and beats bubbles on the surface. At the edge of the lake a reddish color forms from the iron ore. We walk on narrow boardwalks through this prehistoric landscape and are always surprised by new eruptions and stews.

We see the water heated up in the earth’s interior making its way to the surface. The whole lake here is a seething and boiling mass, on the edges of which red iron ores have deposited. Finally we have managed to find out from this primordial scenery. We have to process these powerful impressions first. Jürgen can not resist risking a last look into the earth again. 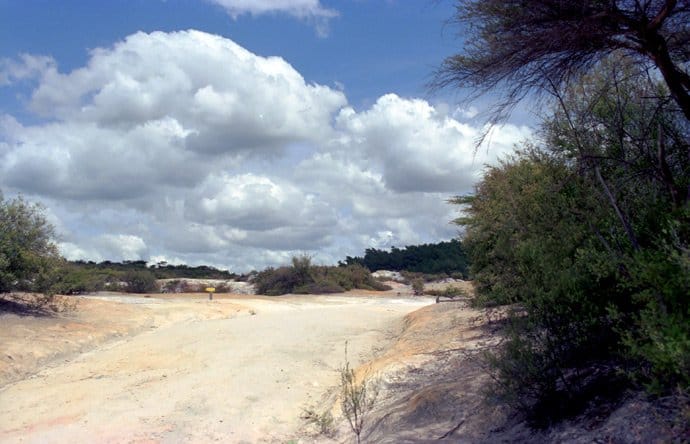 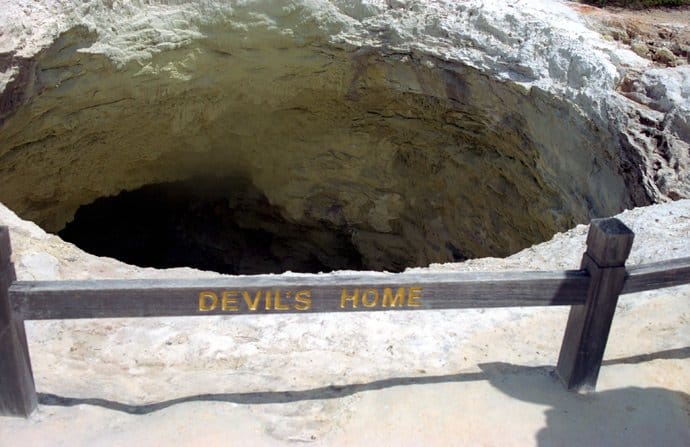 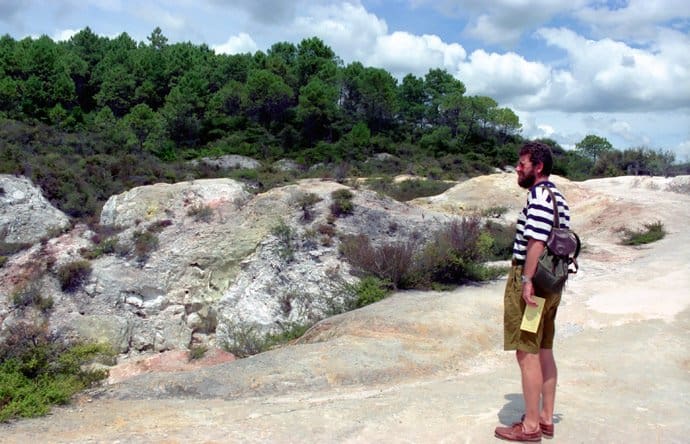 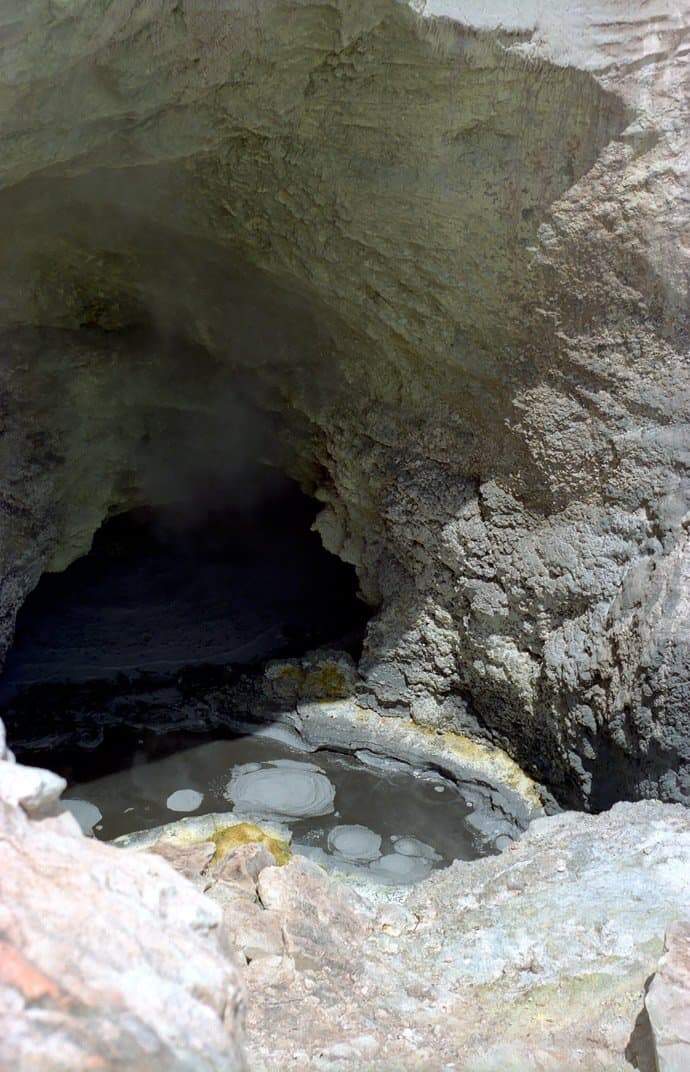 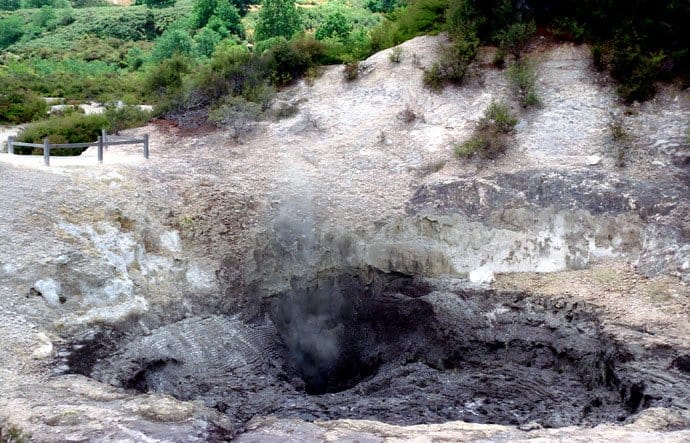 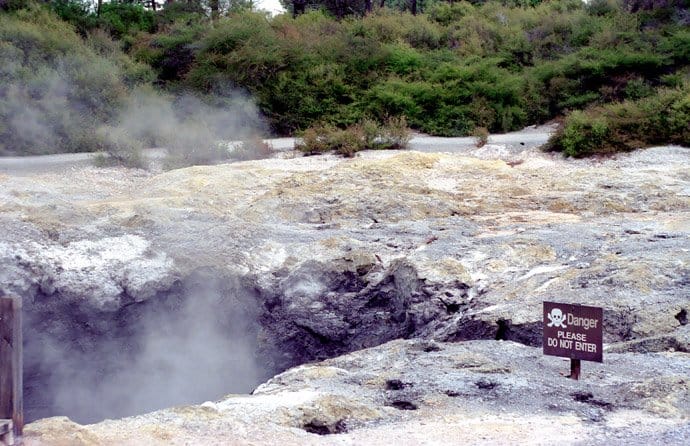 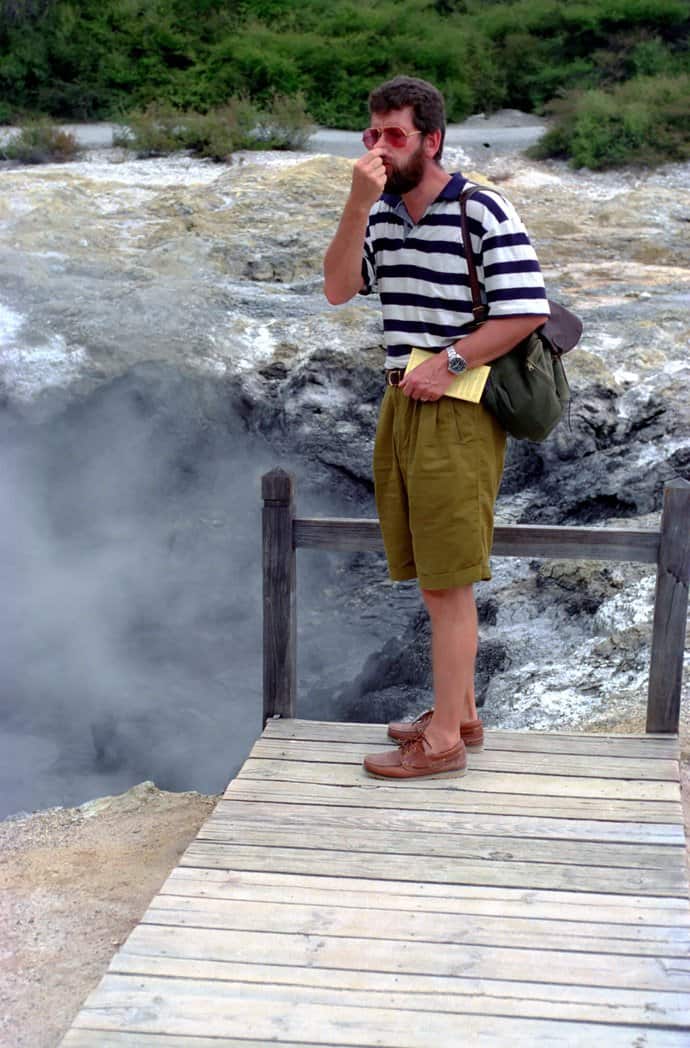 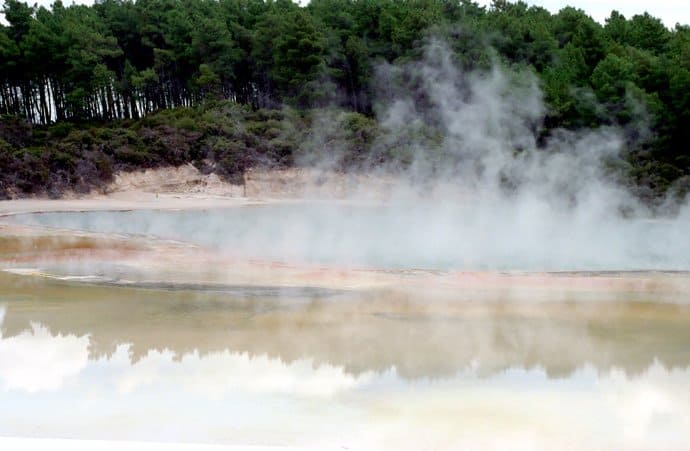 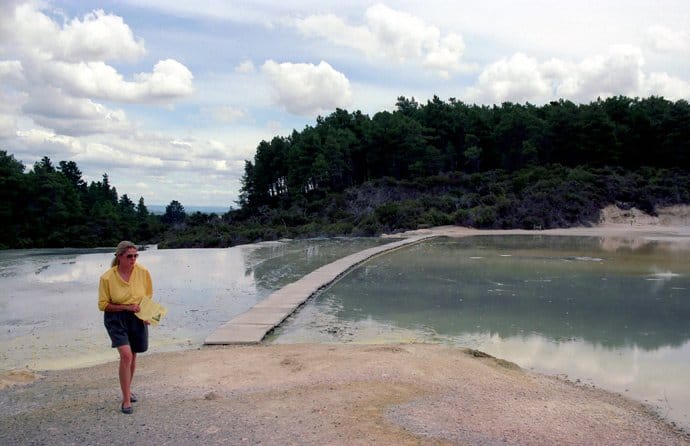 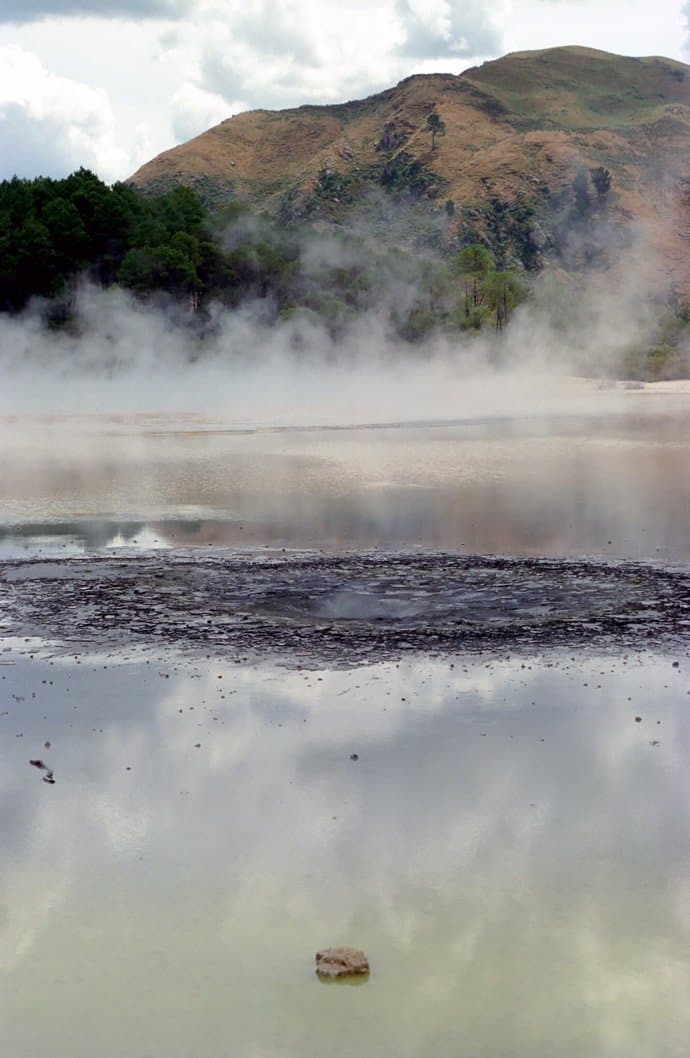 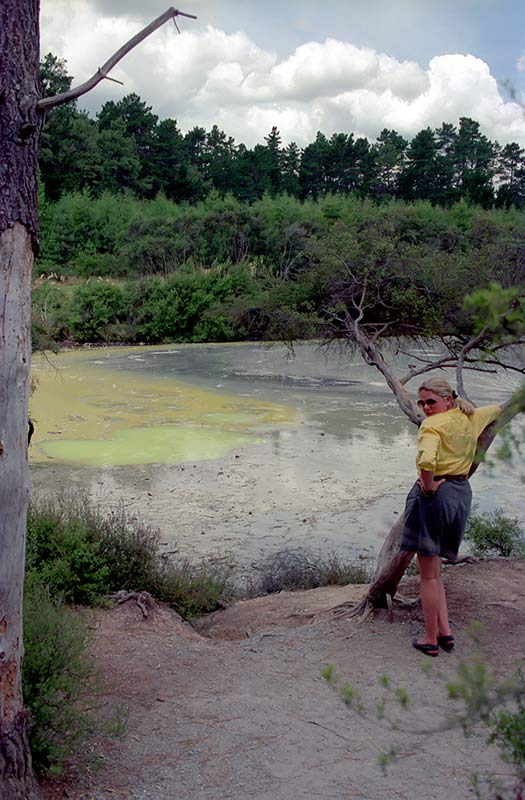 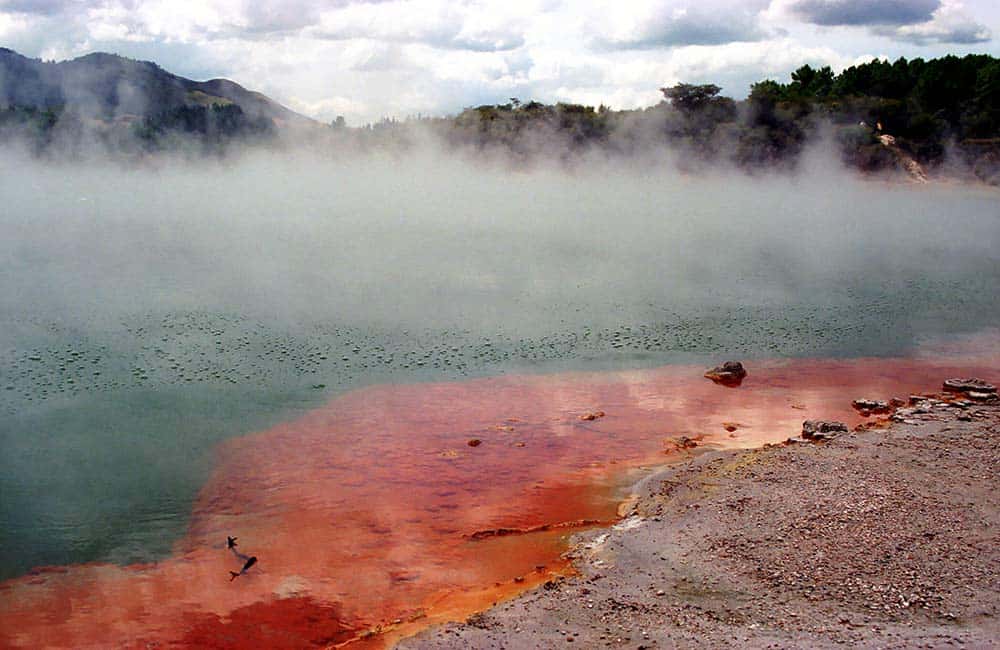 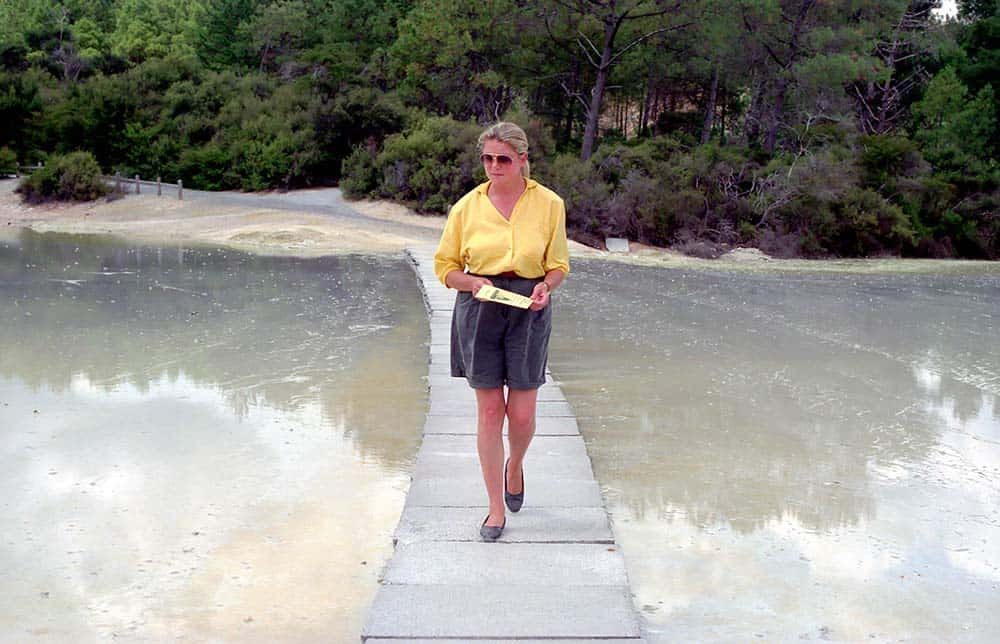 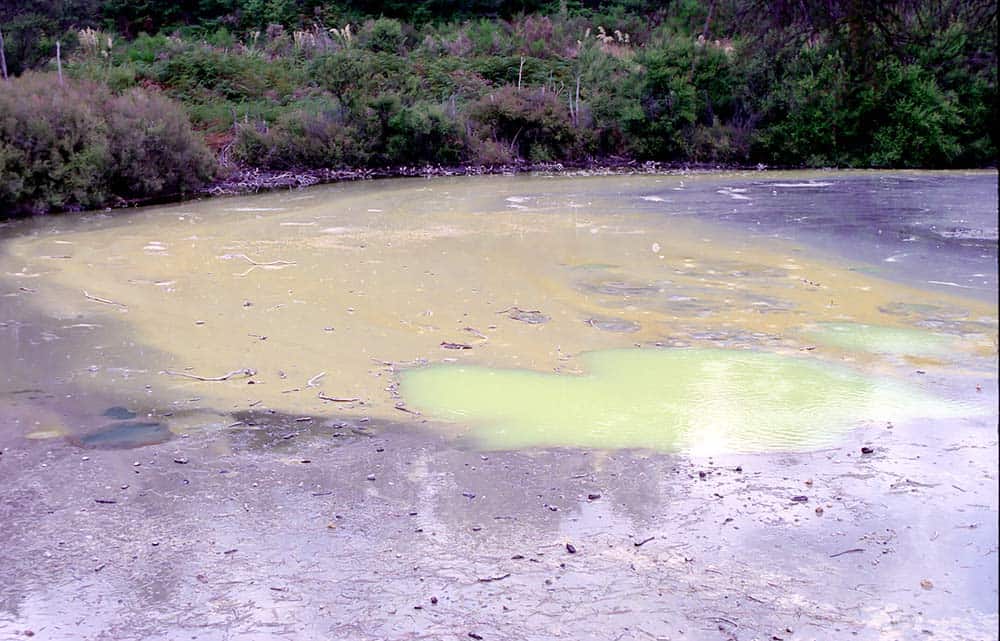 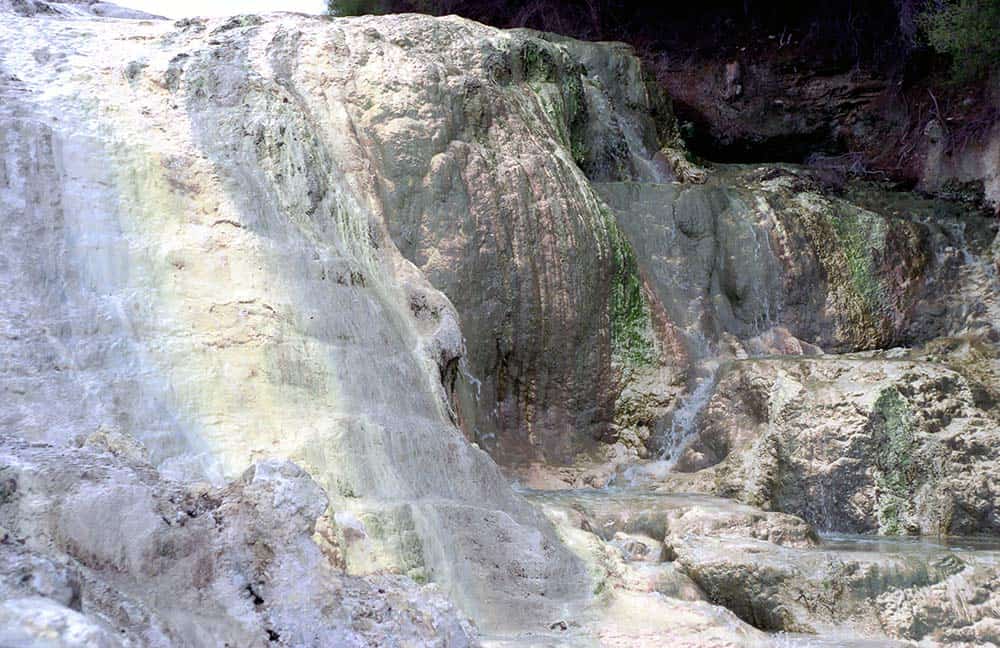 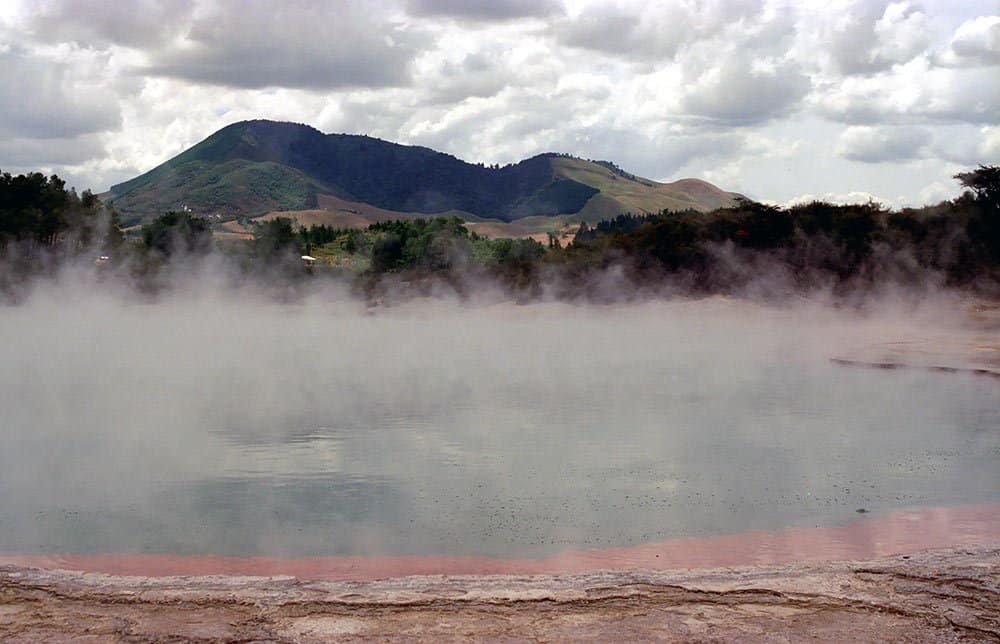 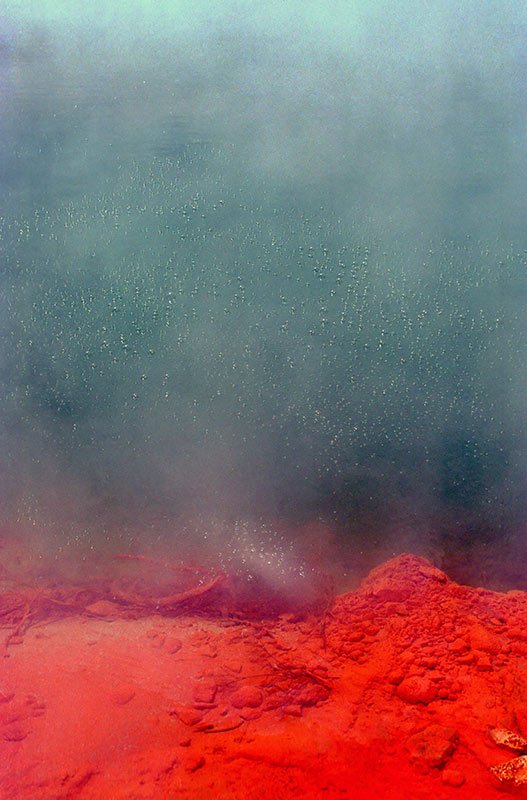 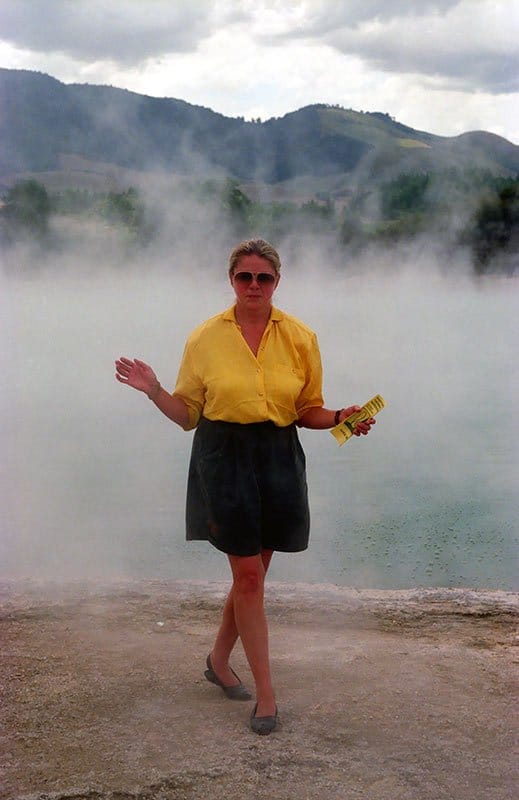 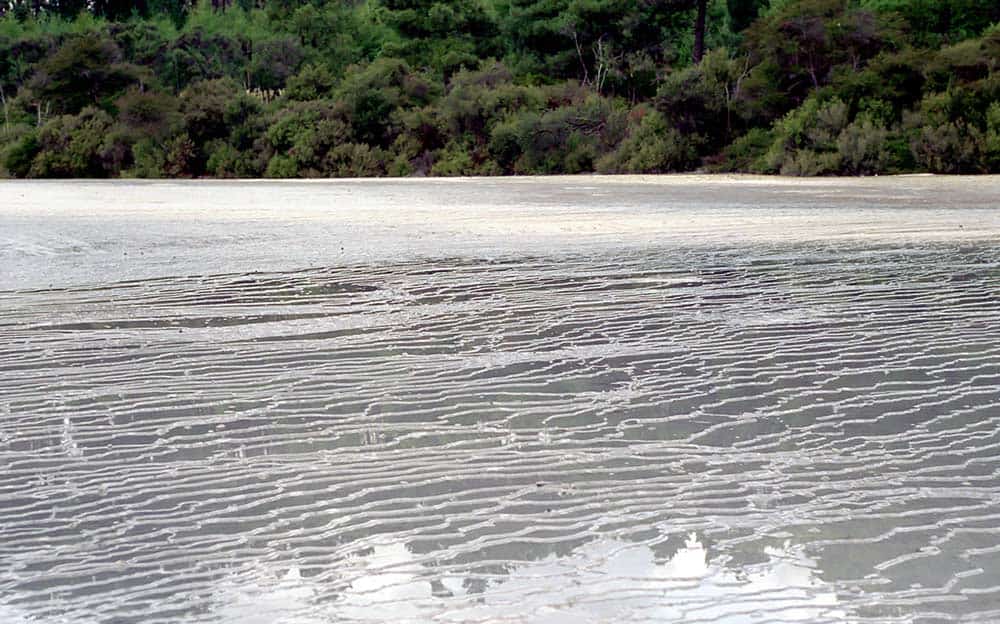 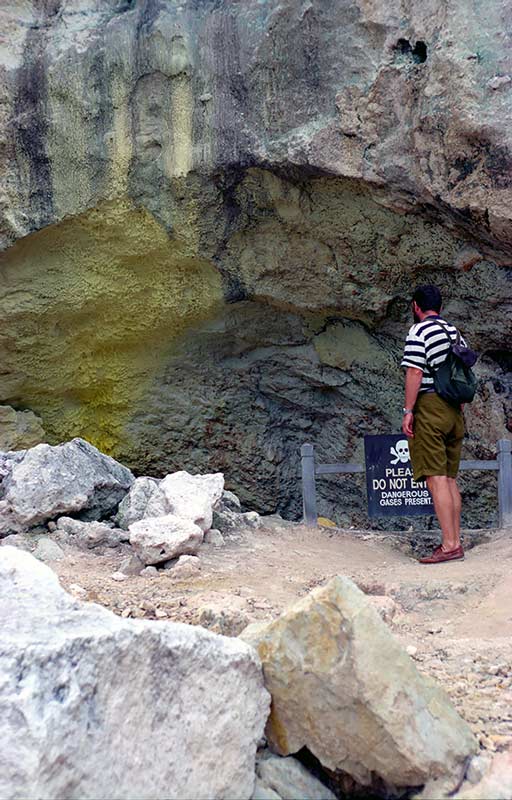