Cliff crabs are also found on the coasts of South America, but their tanks are black-green there and only during the mating season the scissors turn red. There they have many enemies, so a striking color would be deadly. In Galápagos they have fewer enemies, but there are more conspecifics so competitors, so it is important to outdo the rival.

Cliff crabs are actually aquatic animals that breathe through gills that they can still live on land allowing them a unique respiratory organ, the gill chamber. It must be constantly supplied with oxygen-rich water, which ensures a circulation pump. The water comes out at the mouth opening, runs along the ventral side, enriches itself with oxygen from the air and re-enters the gill chamber at the legs.

Now and then fresh water is refueled. Whole armies of cliff crabs hopping over the rocks. With their tweezer-like scissors they pluck and poke between the algae and lead the smallest food particles to the mouth. At high tide, they hurry back to the higher bank because they can not swim. It has been discovered that each crab has its own stone, which is virtually their home. For this purpose, some crabs were marked and exposed about 500 m from the fishing ground. After 9 days, the last one was sitting on her stone again. It is believed that they are oriented towards the sun. 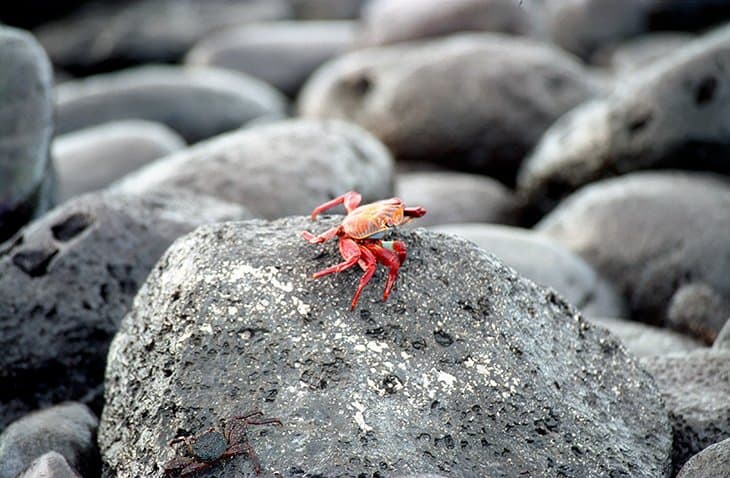 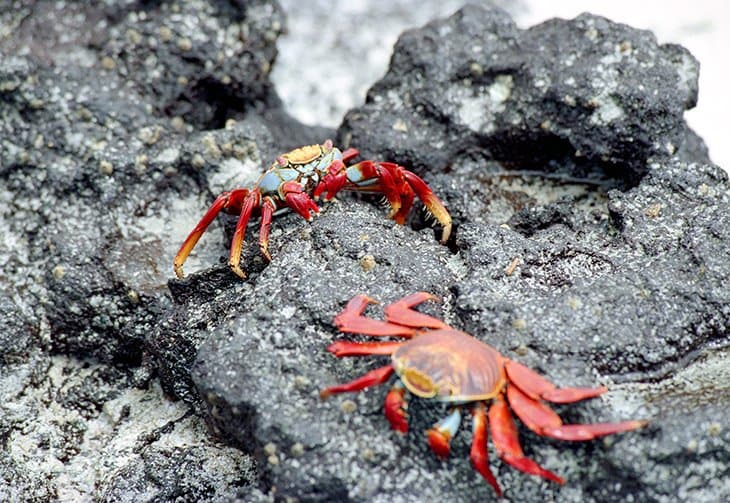 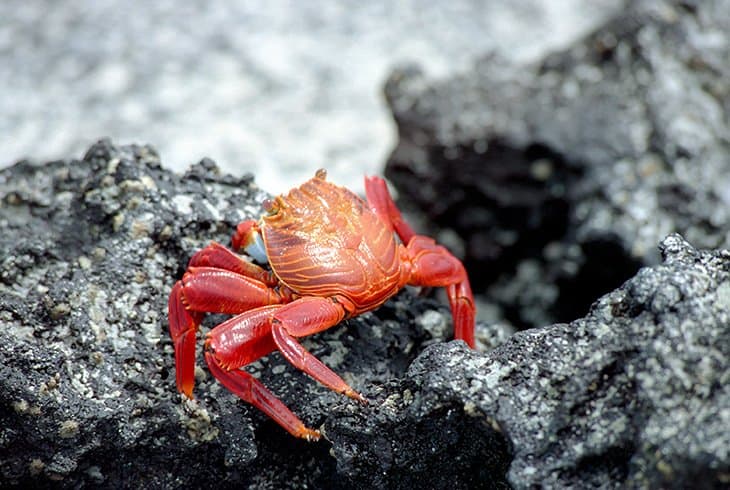