Our first stop in Canada is Vancouver. We land here a few days before Christmas, so that we get something from the pre-Christmas time. On the day of arrival, the + 4 degree temperatures are unusually warm for this time of the year. There is no snow yet. The airport is just a few miles north of Vancouver, so we reach the city quickly. Already on the way through the suburbs we observe the typical residential structure of Vancouver: small, neat single-family homes, which all make a neat impression and were individually styled by their inhabitants with Victorian column portals etc. The Downtown offers a completely different picture with its jagged skyline against the dramatic backdrop of snow-capped mountains.

For the next day, we planned a voyage of discovery through Vancouver. Most Canadians call Vancouver your preferred place of residence. The city is beautifully nestled between the Pacific and the Rockies. They can be reached in about an hour from Vancouver. Vancouver enjoys a high recreational value and is filled with a lively life. Here you will find a distinct cultural scene, a wide selection of gastronomy and plenty of opportunities to spend your money in the chic boutiques. There are 1.8 million Vancouverites living in the city.

An absolute must is the Stanley Park, which is just a few blocks from downtown. The forest area was founded in 1888 and reforested with old hemlocks. In the eastern part of the park, powerful original totem poles are built, which refer to the former lords of the country. From here, the view goes far beyond the Coal Harbor Bay to the city center. The park also has an aquarium where you can admire beluga whales. The Stanley Park is 404 hectares and is located at the end of Georgia Street on a peninsula. It is one of the most popular destinations in Vancouver. Trails and cycle paths lead through the rainforest. A promenade leads along the sea along the park. Numerous picnic areas and meadows invite you to linger. Because of its size, the park is not overcrowded even on busy weekends. The park was named after Lord Stanley, then Governor-General of Canada.

Just off the park’s right hand is Coal Harbor, a small inlet. In former times coal was indeed loaded here. Today’s “coal” consists of the magnificent yachts of the Royal Vancouver Yacht Club. A huge mast forest is reflected in fine weather in the calm waters in front of the city skyline. From here start both seaplanes and the ferries of the SeaBus. From Stanley Park, you can travel across the Lions Gate Bridge to North and West Vancouver. There, the modern apartment houses grow up the mountain slopes. Here is also the entrance to the marina and you have a nice view of the incoming and outgoing ships.

In glorious clear weather we visit the harbor at Burrard. The former warehouses have been rebuilt and many shops, boutiques and restaurants have settled there. In addition, artisans, painters and potters have settled here. The offer is huge and is not only used by the tourists. There are also nautical souvenirs and old nautical charts. Now, at Christmas time, a different band is playing on every corner. It plays a colorful mixture of dixieland, jazz and Christmas music. In the shops and restaurants, even in the fast-food shops, the Christmas spirit is felt. On the other side of Pacific Boulevard is the Canadian Pavilion (Canada Place), built in 1986 on the occasion of the Expo, which is now used as a convention center. This is where the big cruise ships land and here are also a number of luxury hotels.

From Queen Elizabeth Park we have a great view of the surrounding mountains of the Coast Mountains. The park is located on a 150 meter high hill in the otherwise almost flat city landscape of Vancouver. The skyline of Vancouver in front of it looks rather tiny. At the top of the park is a glass dome of a greenhouse of the Bloedel Conservatory. As darkness falls, we find a small honorable company in the park. The sculptures are a popular photo opportunity. As we reach the city after our trip in the dark, a sunset presents itself with bizarre reflections like the Arctic Circle. The temperature has dropped noticeably. About the car radio we hear that for the next day heavy snowfall is announced. Hopefully we will be able to take the flight to Calgary. 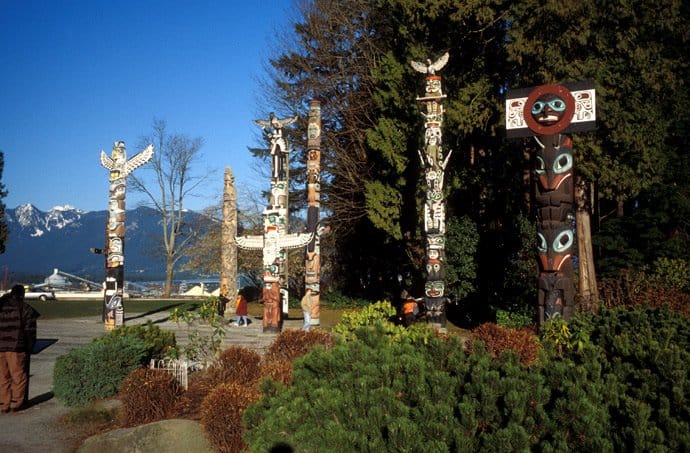 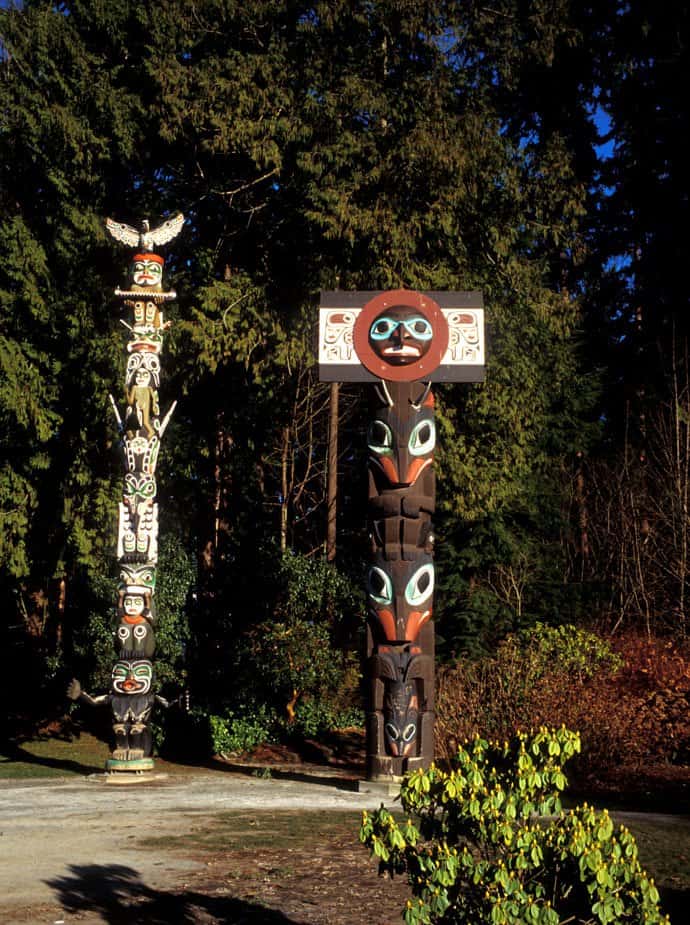 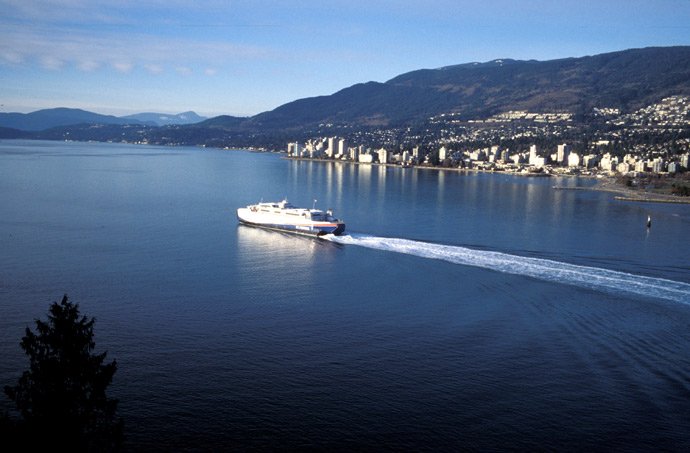 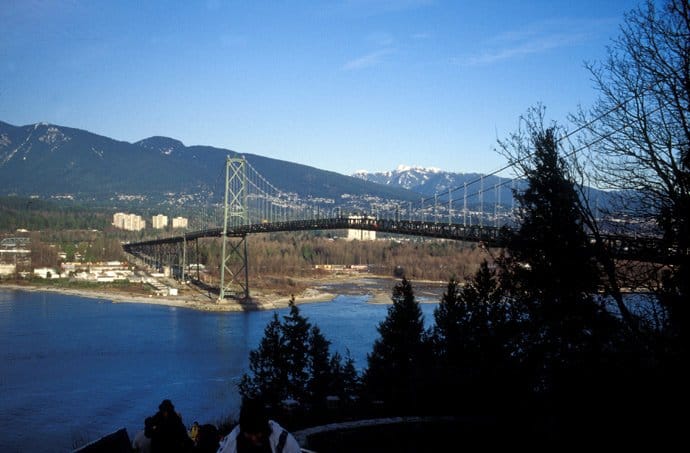 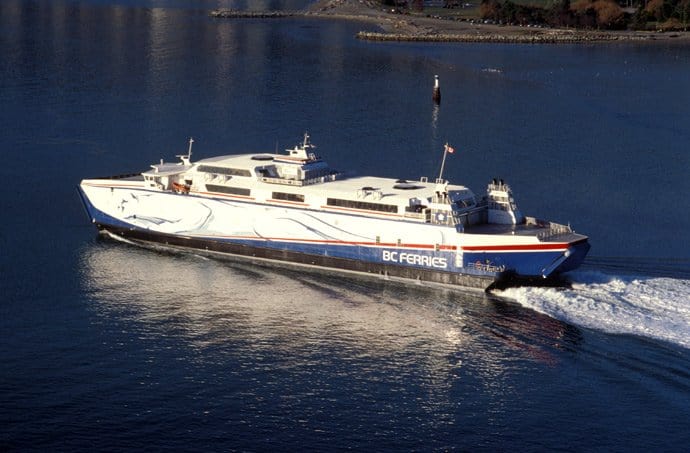 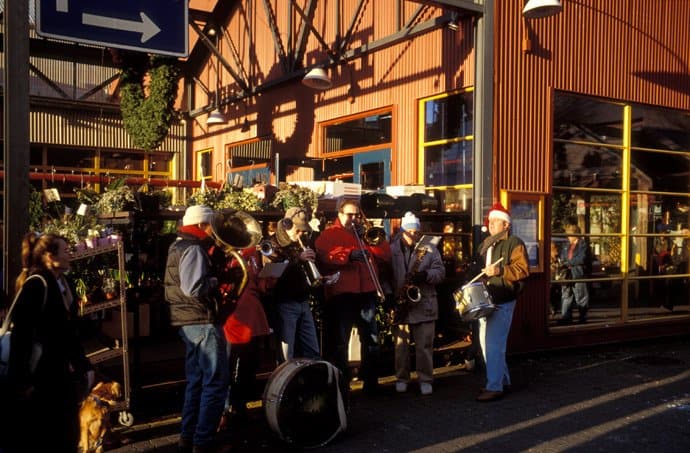 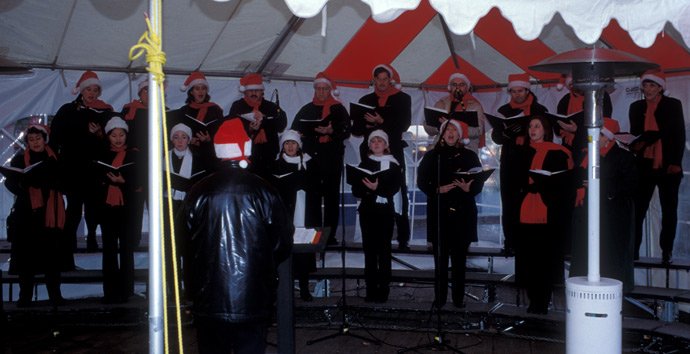 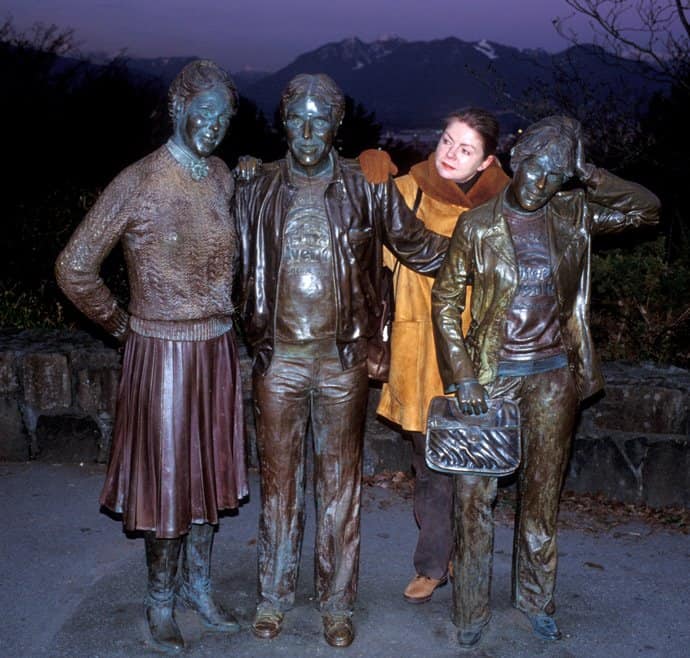 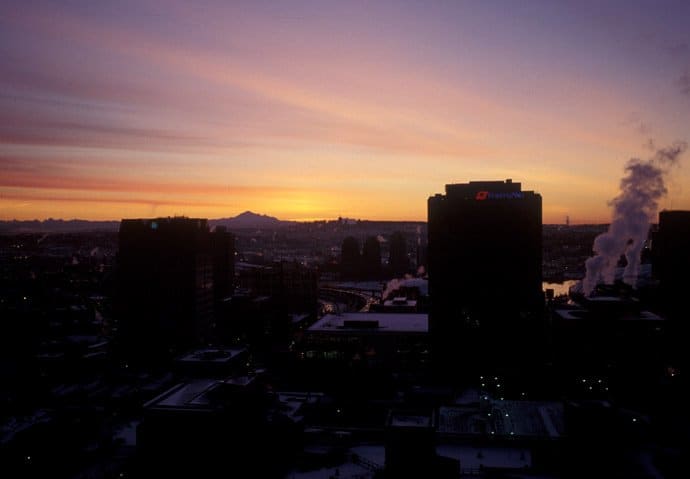 Questions about the destination Canada?