Los Angeles is located on the Pacific Ocean and the Los Angeles River and is located in the state of California. The name of the city is El Pueblo de Nuestra Senora la Reina de los Ángeles del Río de Porciúncula. Colloquially, the abbreviation “L.A.” is used universally. Los Angeles is the capital of Los Angeles County and with 3.9 million inhabitants in the actual city to New York, the second largest city in the United States. With a population of 17.5 million in the catchment area, the city is one of the largest metropolitan regions in the world.

The city center and suburbs of Los Angeles are located in a hilly coastal region averaging 32 meters above sea level. Downtown Los Angeles, as is usual for American cities, is a business center with a glass and concrete skyline. To the west and south, the city borders the Pacific Ocean. It is surrounded by mountain ranges to the east and north. In the north of the city lies the San Fernando Valley, where about one third of the inhabitants live mainly in single-family homes.

The valley is cut off by the Griffith Park and the Santa Monica Mountains of Hollywood and downtown. Los Angeles is the motoring city par excellence. And although the highways run ten to twelve lanes across the city, often over four-story intersections, they are usually hopelessly clogged at rush hour. Space for a further expansion of the road network is no longer available.

The smog and particulate matter pollution from car and industrial emissions have become an acute environmental problem. The city is very spacious, so it is called horizontal city. Therefore, Saturdays and Sundays and public holidays are best for sightseeing. Dodging on other roads off the freeways is very time consuming at long distances even on the wide-developed and rarely clogged main traffic boulevards because of countless traffic lights.

The most famous neighborhoods are Hollywood, the home of movie studios, and Beverly Hills, the residential area where the stars live. Hollywood is not just a suburb of Los Angeles, but a memorial to the American film industry. In 1911, the first film studio was opened here. It is now a museum and houses a collection of interesting memorabilia from the silent movie era. The southern districts, known as the California Surfing Places, are Santa Monica Beach, Venice Beach and Redondo Beach on the western edge of town, and the original Disney Land can be found in the Anaheim community.

On the eastern edge of the metropolitan area runs the San Andreas Fault. Since 1800, Los Angeles has been rocked by nine major earthquakes with an intensity of six and higher on the Richter scale and thousands of minor quakes. The climate in LA is changeable. The daytime temperatures in the summer range between 23 ° C and 28 ° C. Provided there is no smog, cloud cover or sea fog over the city. Clear weather prevails especially between August and November, rain is mainly the winter months reserved.

Outside the city is the Hollywood Bowl, a natural amphitheater. The Philharmonic Orchestra of Los Angeles and the Hollywood Bowl Orchestra are based here. Here are such famous artists as the Beatles, Frank Sinatra occurred. Even today there are several concerts in the summer months instead – access for free.

There are numerous museums in the city including the History Center of the California Historical Society, the Armand Hammer Museum of Art and Cultural Center and the Southwest Museum, which houses a significant collection of Indian exhibits. There’s also a visit to Santa Monica’s Santa Monica Museum of Art at Michigan Ave. (contemporary art) to recommend. Do not forget the Getty Center in Brentwood in the Santa Monica Mountains.

Those interested in filming are recommending a visit to Universal Studios at Universal City, the Warner Bros. Studios in Burbank, and CBS Television City in Hollywood. The Hollywood sign is located in the north of the city and is beautifully visible from the Griffith Observatory. Other attractions include the famous Westin Bonaventure Hotel and the 310 meter high Library Tower, the tallest building in the US west of the Mississippi. Those traveling in Down Town should also visit the Staples Center, City Hall and Watts Towers. The Capitol Records Building and Grauman’s Chinese Theater are both in Hollywood.

Some of the best known hotels in Los Angeles are the Beverly Willshire Hotel, The Beverly Hilton, the Chateau Marmont and the Mondrian. Also right in the center of Los Angeles is Echo Park, which served as the setting for the successful movie Chinatown. There are many recreational and cultural attractions in the Los Angeles Parks. El Pueblo Los Angeles State Historic Park is home to the 1822 Plaza Church.

One of the most popular beaches on the Pacific coast of Los Angeles is Venice Beach. Here is also the wide promenade called Ocean Front Walk. On the weekends (every day in summer) numerous musicians, painters and artists are here for entertainment. Venice Beach is a dangerous place at night because of the street gangs and numerous dealers. After sunset, the visit to the beach is prohibited.

Also known is the beach colony of Malibu, because many celebrities live here. Palm-fringed beaches and slopes over the Pacific can be found in Santa Monica, north of Venice. Santa Monica is the largest and most famous seaside resort of the metropolis. Many writers, rock stars and well-known personalities live here. 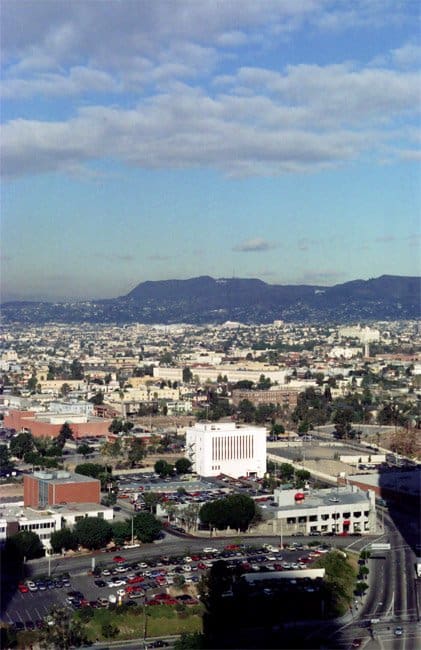 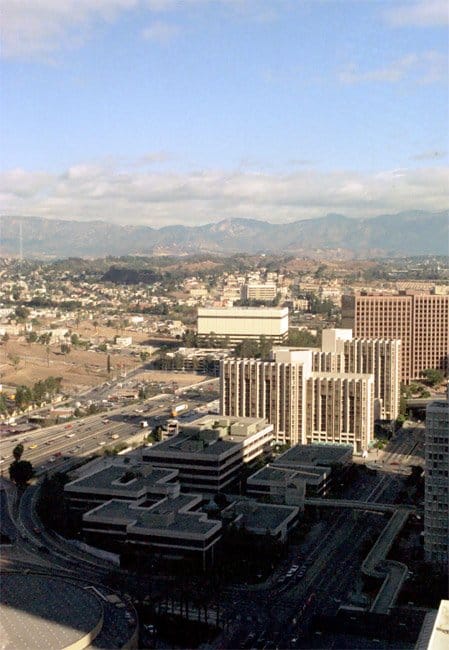 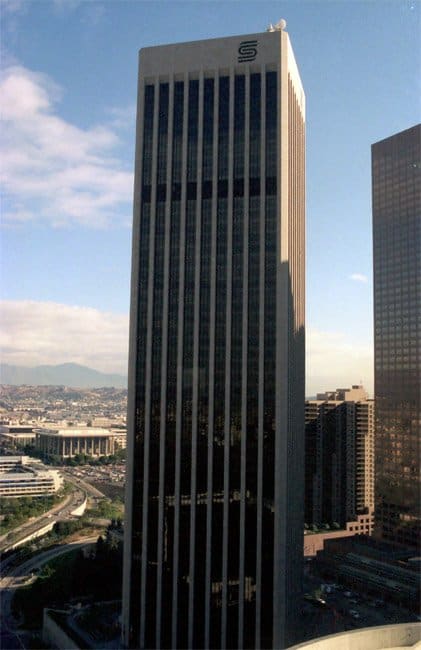 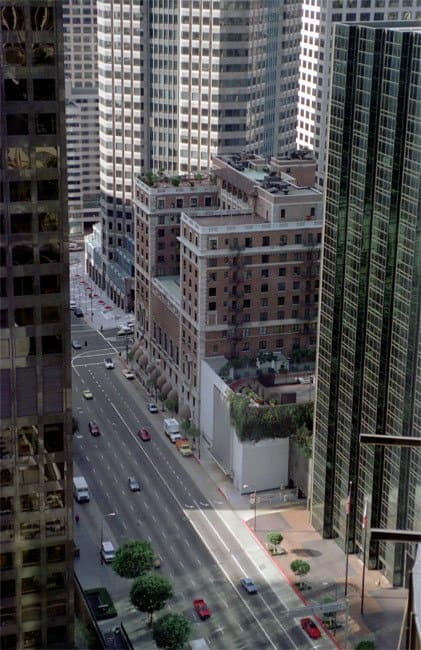 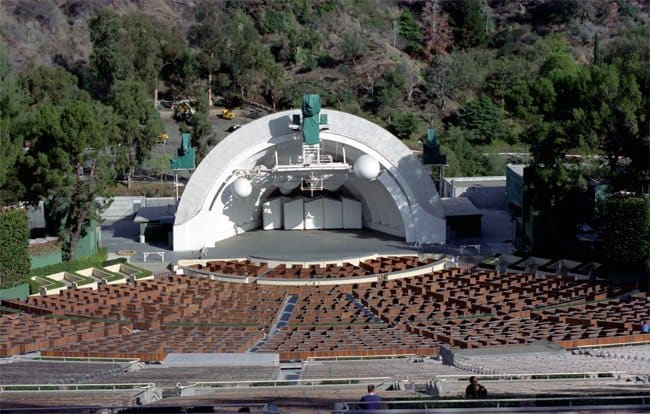 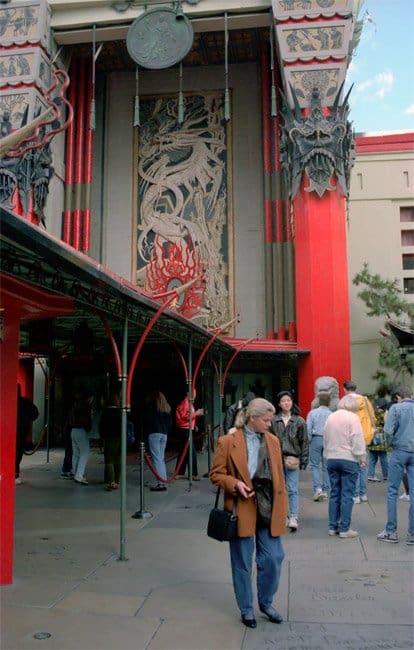 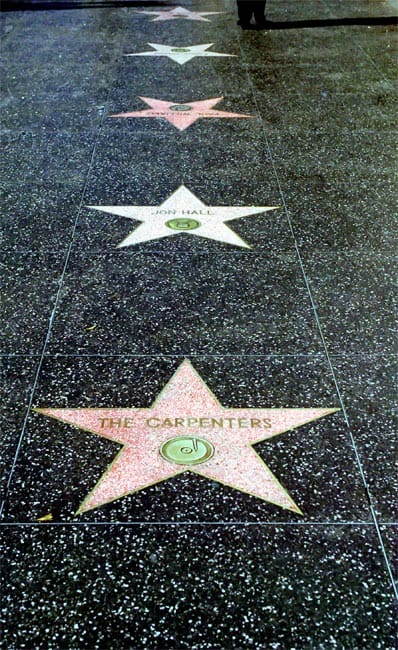 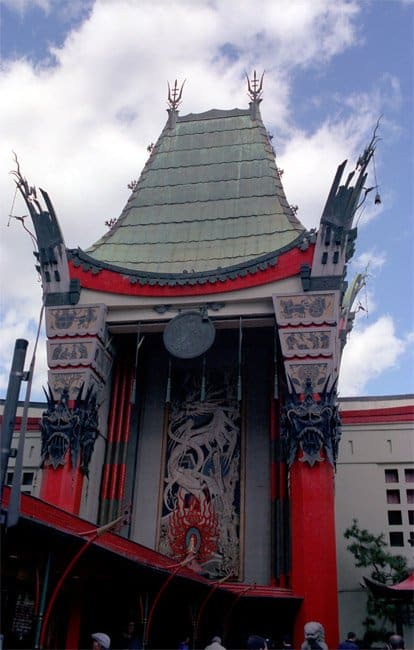 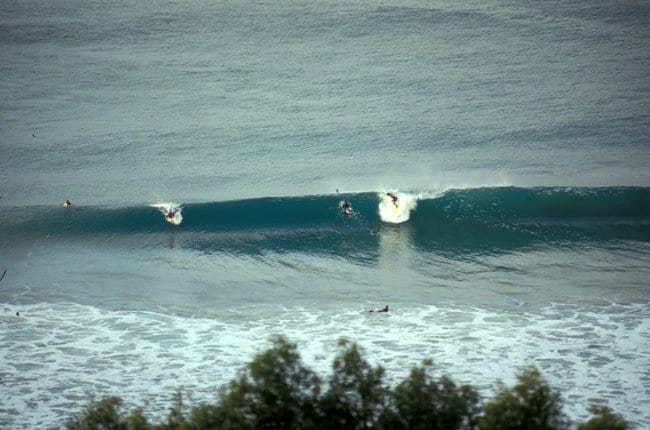