A special experience on the streets of Australia are the many individually and lovingly styled trucks that rush towards you with up to four trailers like a train on wheels, mainly on the streets in the outback.

The first Australian trucks meet us just behind Sydney. The diversity and creativity of the drivers, who are often also the owners of the trucks, is almost inexhaustible.

The hood of almost all trucks is adorned with a huge battering ram, which the Aussies also call Roo-Bar or Bill-Bar. That is also necessary. On the streets in the outbacks, the drivers are often out in the dark and at night. In the remote areas, the cows and kangaroos are dangerous. They pass the streets, especially at dusk and in the dark, and are attracted to the lights of the headlights. The drivers do not brake for “smaller obstacles” of this kind. On the side of the road you can see the dead carcasses of the animals.

The trucks have a braking distance that is equal to that of ocean liners. The size is just as impressive as the trucks often pull up to four trailers behind them. When we meet them from afar on the red sand slopes of the outbacks, they look like a mirage in the desert. Already kilometers before the direct encounter, they announce themselves through huge dust clouds and the closer they come they grow steadily.
Truck in Australia
Spitting stones and pulling an incredibly long and never ending cloud of dust behind us, the giants of the streets rush past us. It’s a good thing that, looking ahead and seeing the storm approaching us, we drove our modest little camper to the edge of the street. It’s also good that we covered the windshield with a wire mesh grille as we drove through the outbacks. A rain of rocks is pounding on us. Without the grille in front of our windshield, it would have shattered long ago.

Despite all these imponderables, Brigitte finds these monsters on the street sooooo sweet …….. but she doesn’t have to drive past them, Jürgen does the problem in a jiffy (note: turning the steering wheel) …… … an art that must be innate since you cannot learn it. Countless car wrecks on the side of the road testify to less talented drivers. However, the trucks are not always to blame, sometimes it is just the kangaroos, the cows or the drivers have simply fallen asleep on the endlessly long routes that require so much attention. 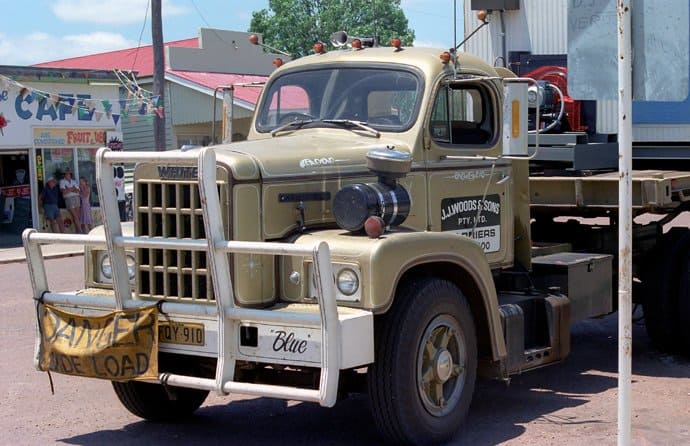 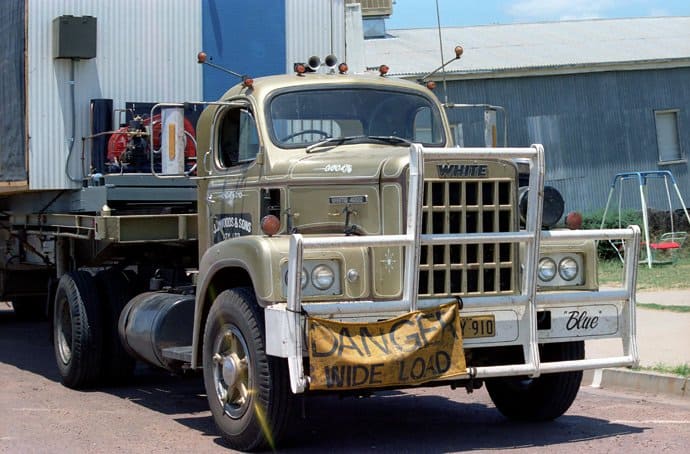 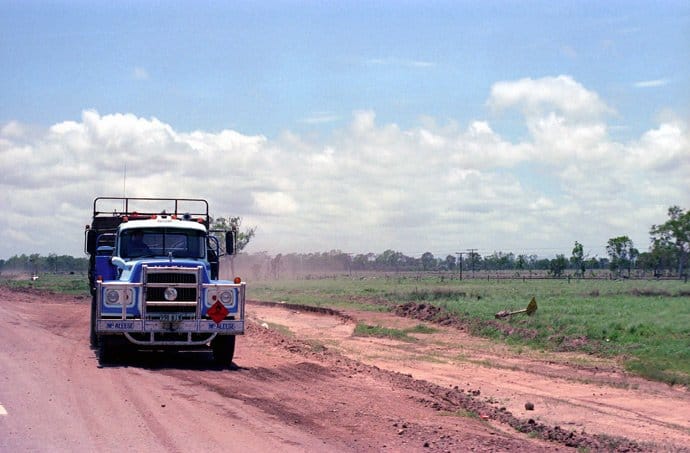 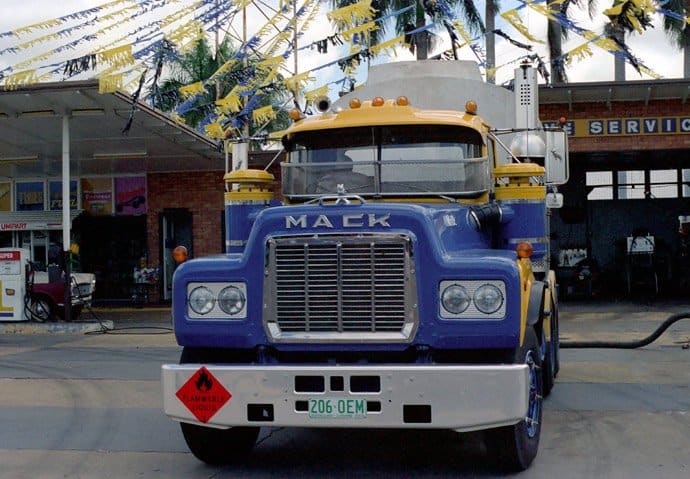 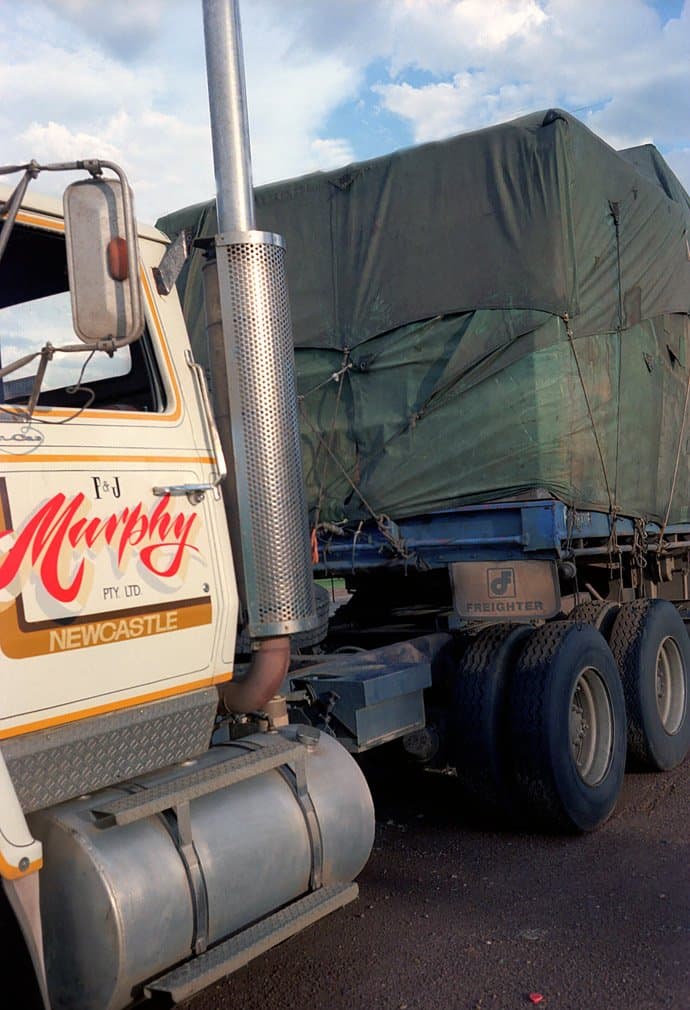 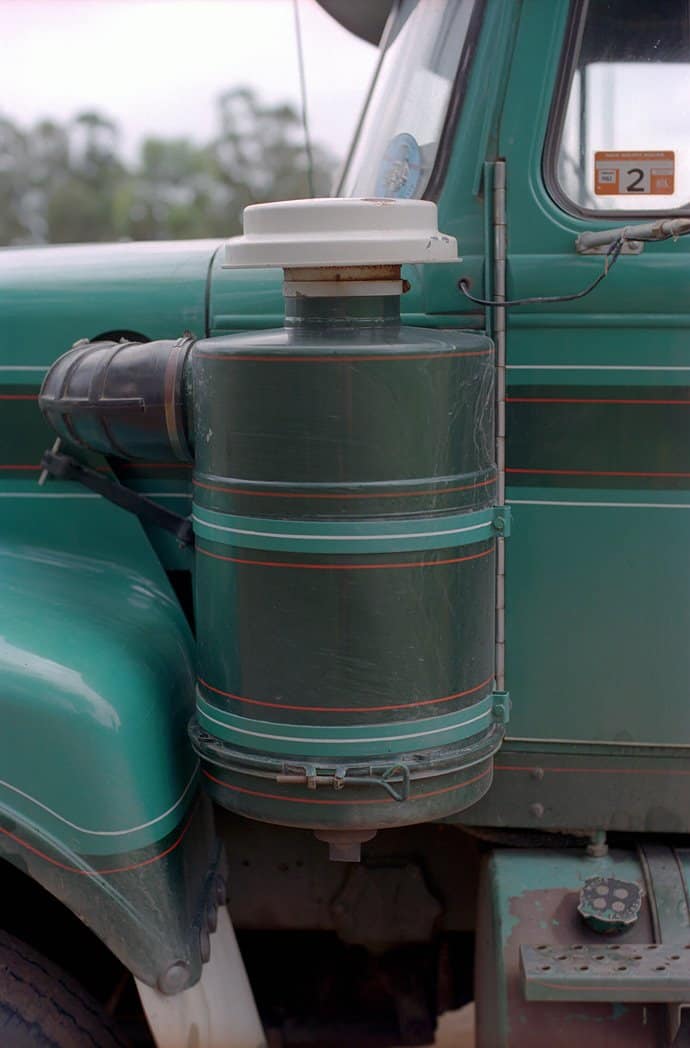 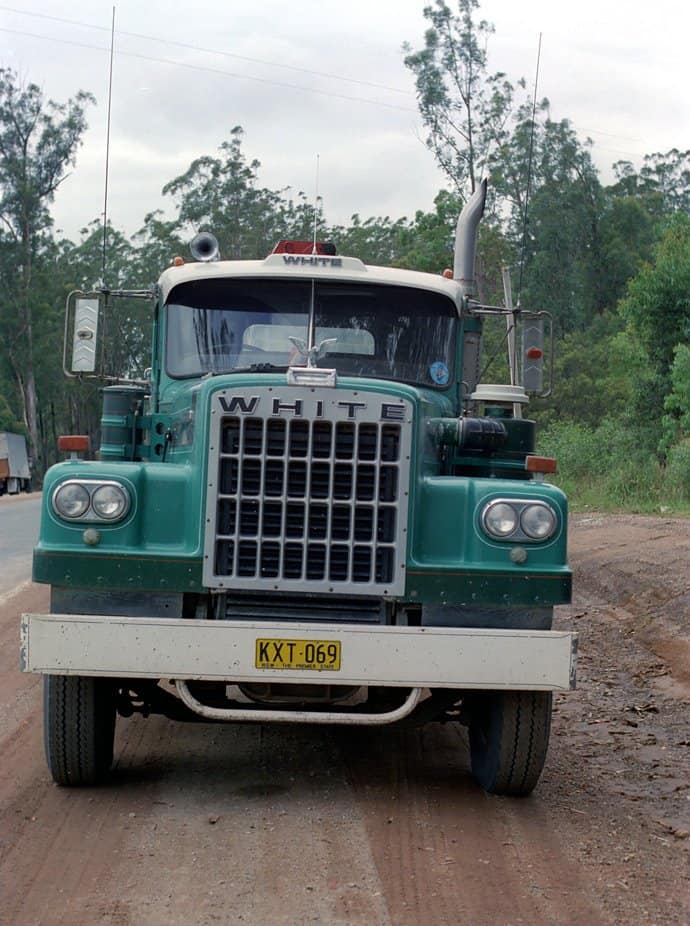