At the gates of Sydney was rebuilt a small town from the turn of the 19th century. Here you feel transported back to another world.

The small village of Sydney has been rebuilt in the historic style of the Wilhelminian era. Several old buildings, furnished with furniture and objects from that period, convey an impression of the difficult living conditions that the inhabitants of that time had to contend with.

The interior of the houses is spartan and equipped only with the most necessary things, such as bed, table and chairs and an open fireplace, in which was cooked and heated. At that time, of course, the means of transportation was the horse. Old reconstructed covered wagons from the colonization of Australia can be admired here.

At pre-announced times, the martial clashes between the French and the British over the occupation of Australia in the 18th century are recreated on the village grounds. Old guns are driven up and in their uniforms the extras look almost like real soldiers.

With a loud roar explode the grenade mortars. A real spectacle for the actors and the spectators. The scenery is underlined by musicians who mingle in old traditional costumes among the people.

The laws were extremely tough at these times. Anyone who stole a horse or cattle was executed or shot with the hatchet. Minor lawbreakers were publicly pilloried. 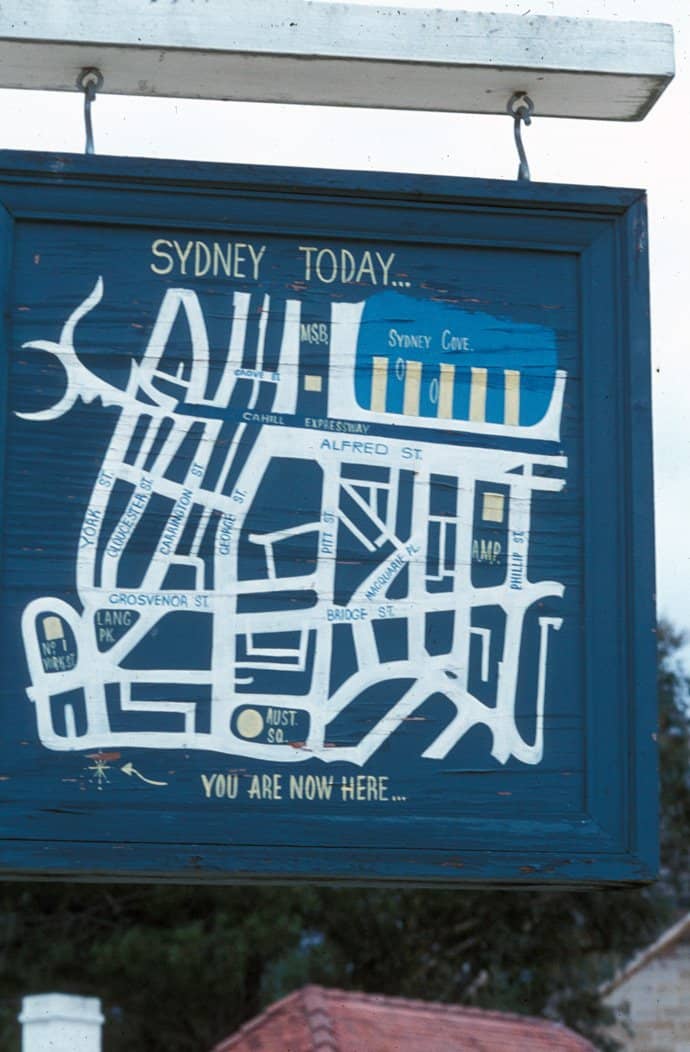 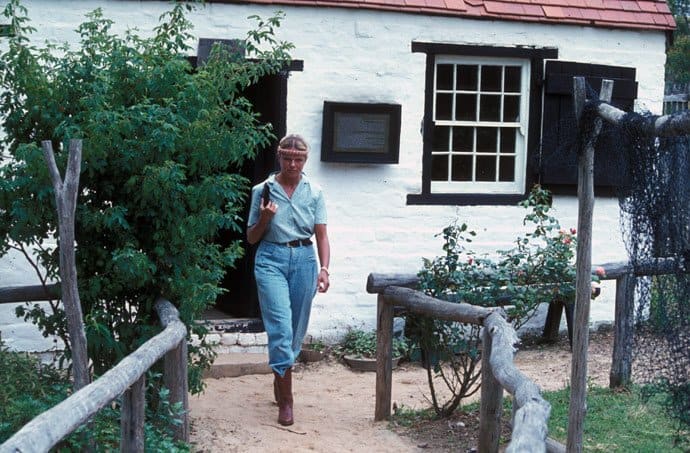 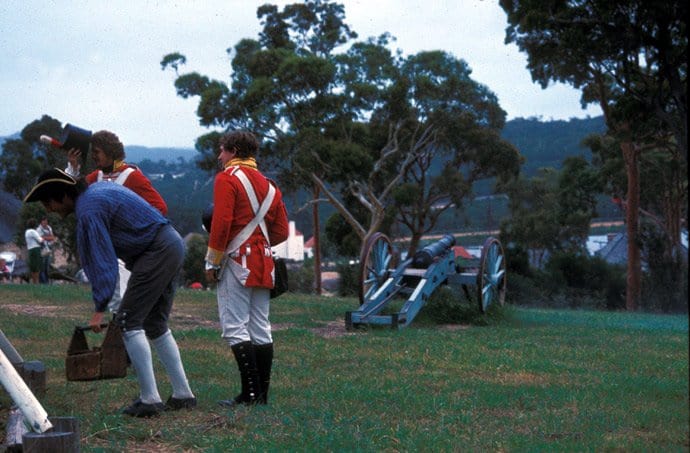 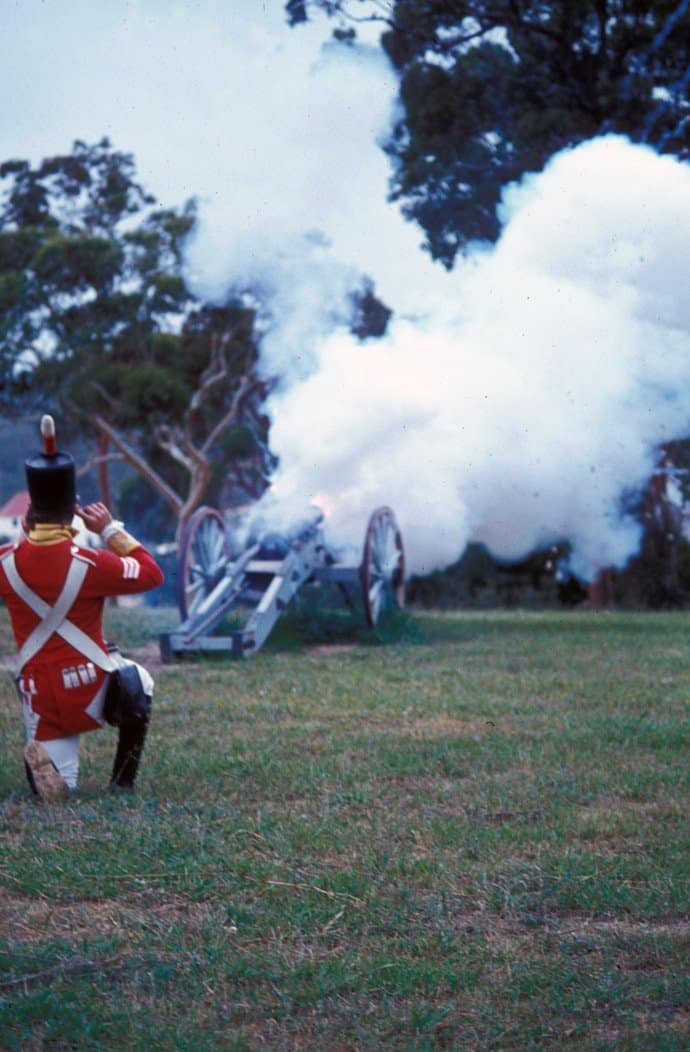 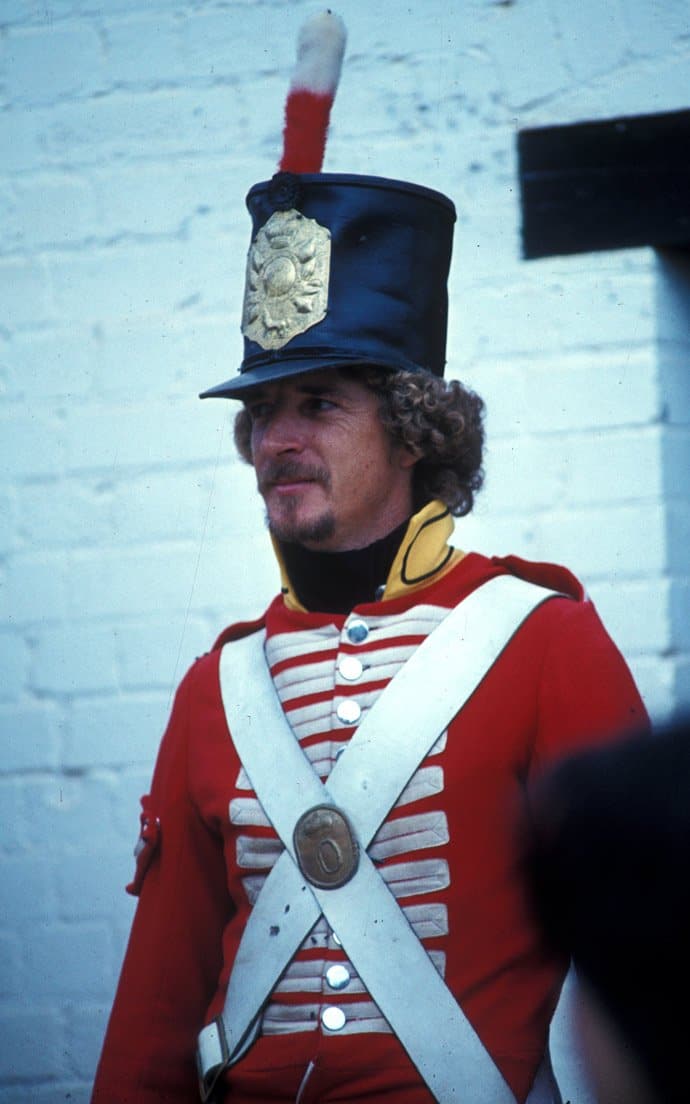 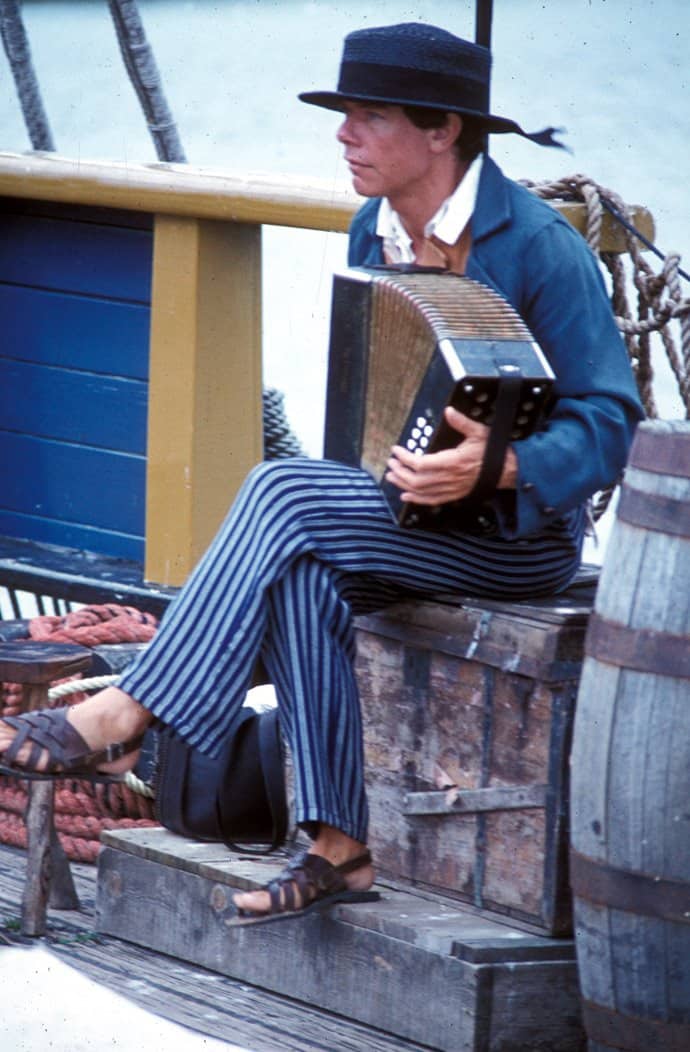 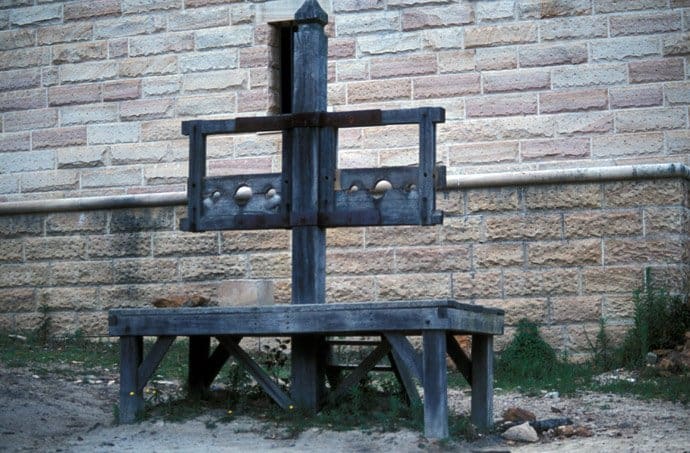