The former West Samoa is today’s Samoa and has nothing to do with American Samoa. Samoa is located in the heart of the South Seas and is only a few hours flight from New Zealand. Tonga and Fiji are also easily accessible by plane. We visited Samoa on our South Sea tour.

Check in to Samoa. Immediately after arrival we are impressed by the touristic integrity of this island. There are only a few hotels and the tourist flow seems to dry up here.

But first some historical information about Samoa: according to archaeological investigations, the historical roots of Samoa can be traced back to the year 1000 BC. Around that time, Polynesians settled in Samoa and developed their own culture.

The fertile volcanic soil and lush fishing grounds made Samoa the home of the Polynesians. About a thousand years later, the islanders settled in the Marquesas Islands and Tahiti. Early on there were contacts with Fidji and Tonga. In contrast to the other Polynesian kingdoms, where the succession was, in Samoa the chiefs have always been elected by the people. Social classes did not exist even then. The development to Christianity began in 1830. That year, the English Reverend John Williams of the London Missionary Society landed with his ship Messenger of Peace on the island.

By 1840, the missionary preacher had convinced all Samoans of his faith. He achieved that the Samoans clothed themselves with long dresses and cloths. This in turn called on Western traders to set up a trading center for cotton fabrics. Germans, British and Americans began to set up embassies and asserted their influence over the Samoan government. The unsettled chiefs immediately concluded peace treaties with all nations and established trade relations.

An international uprising led to the armed uprising of the Samoans in 1889. Warships from Germany, England and America arrived and anchored in the port of Apia. Here they were surprised by a hurricane that capsized four of their ships and cost over 200 lives. This unstable political situation lasted until the end of the 19th century. Then England retreated. On 2 December 1899, Germany, America and Samoa signed a treaty that divided the country under the protective powers of Germany and America. Thus the states West Samoa emerged as “German colony” and American Samoa as “American colony”.

So much for the history of Samoa. On our trip across the island we are surprised by the variety of vegetation. The main roads are reminiscent of dirt roads. There is hardly any car traffic. Again and again we see huge trees with 30- 40 m height, which stand in largely uncultivated landscape. 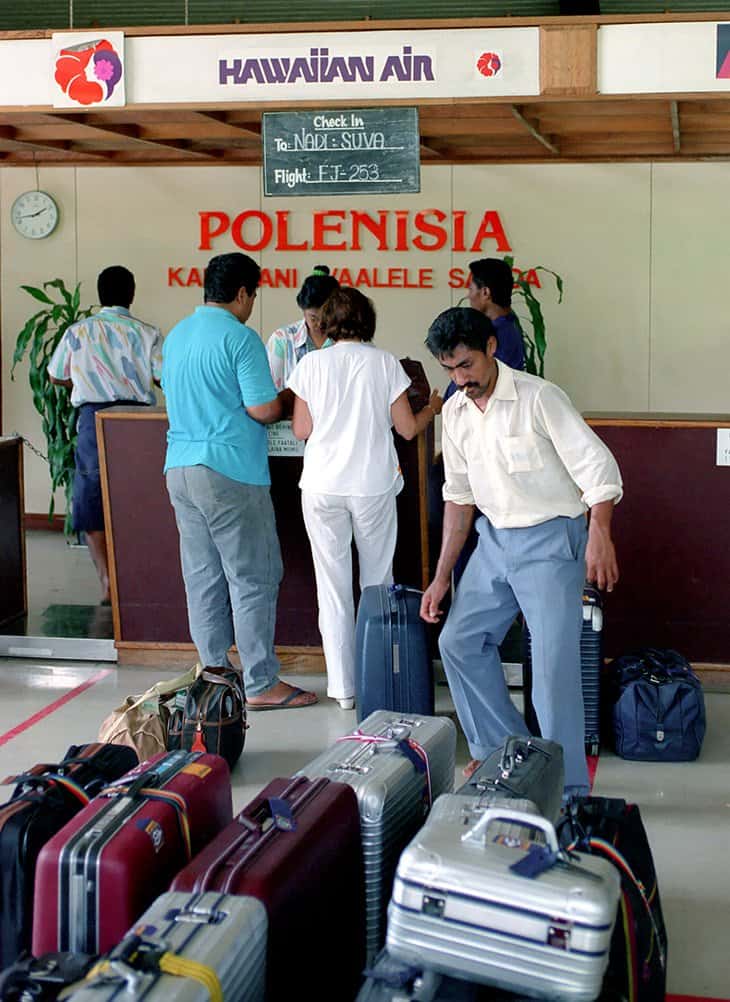 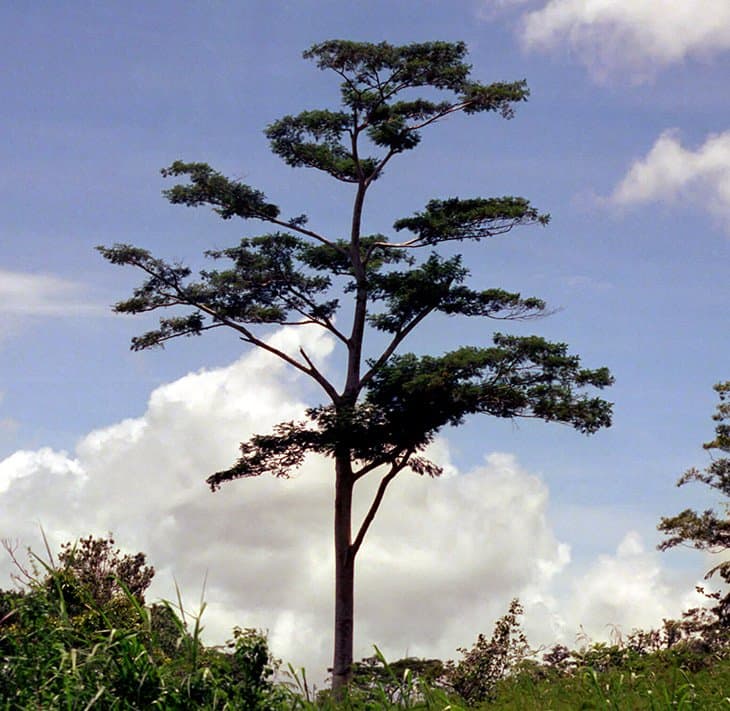 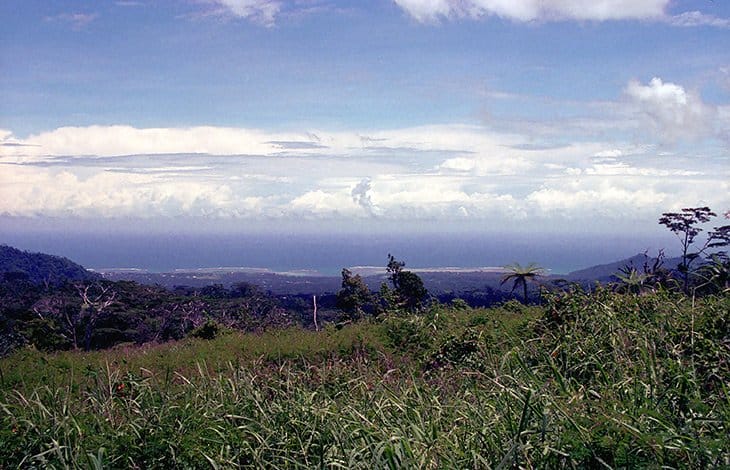 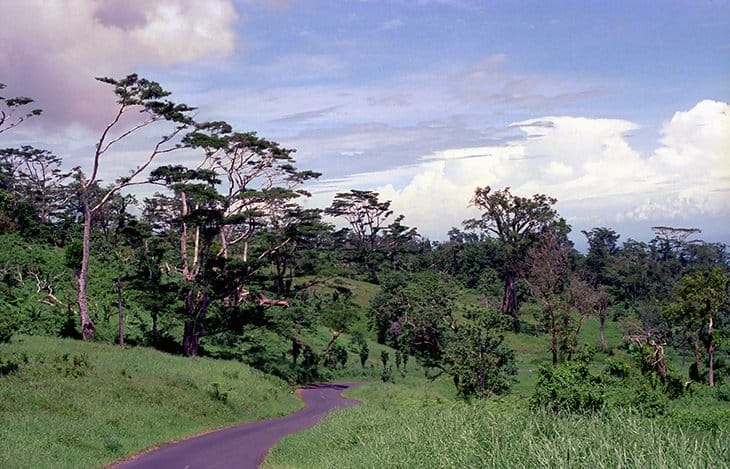 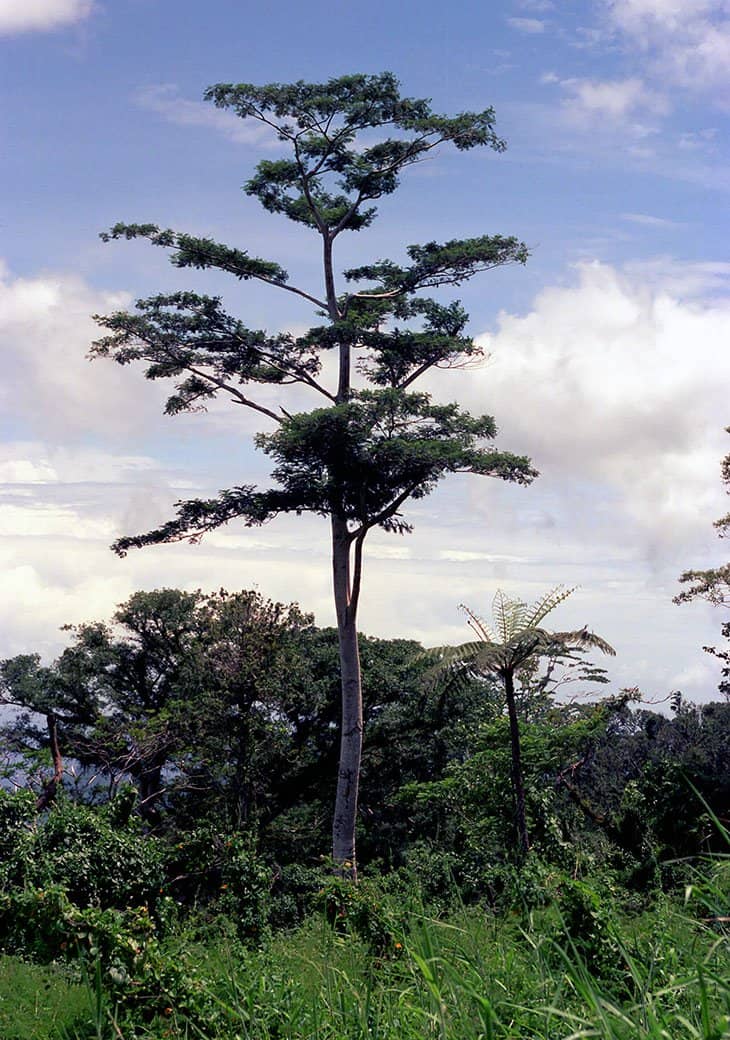 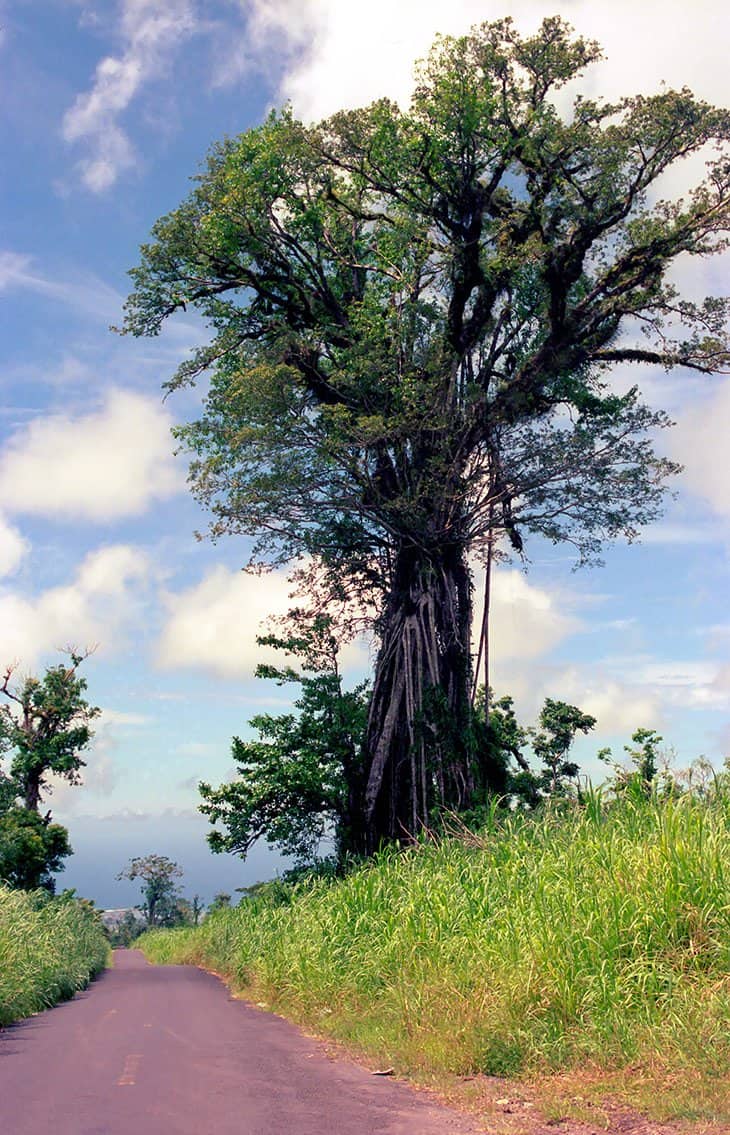