The Maldives are located in the Indian Ocean and consist of 1090 individual palm islands, which move from north to south on a 900 km long atoll chain. The islands are located about 500 km south of Sri Lanka and India. Individual islands are surrounded by a house reef, while the outer reefs of the archipelagos form the atoll. The highest elevation of the islands rises about 1.5 meters from the sea. There are about 250,000 inhabitants living in the Maldives. The common language is Dhivenhi, which comes from Hindhi and Sinhalese. The main religion is Islam. Tourism began in 1972 on the island of Kurumba near the main island of Male. The time difference is +3 hours (based on CET summer time). The average annual temperature is 29 degrees, the water has an average temperature of 25 degrees.

In contrast to the first stay, this time we want to explore the world of the Maldives under water. We brought all our diving equipment with us. There is, as we have learned, for a year already a dive center on the island. The dive guide we already know from another dive trip. He has written to us that the diving grounds are fantastic and we look forward to some exciting weeks. The islands were largely untapped last time. There was only a small landing site on one of the main island Male offshore island, which could only be served by regional machines from Sri Lanka.

This has already changed, three years later, in 1982. In the hope of the Maldivian most agreeable industry, tourism, the extension of the runway for intercontinental flights was expanded. Thus, the large machines with up to 240 people on board can now land directly on the Maldives and no longer have to take the much more “expensive detour” over Sri Lank into account. We are skeptical that this did not affect the virginity of the islands. Well, we’ll see it.

The last stay in 1979, there were only a handful of touristically developed islands, which usually had only a minimal comfort for European conditions. In the last three years, many more islands have been developed and expanded to more or less luxurious resorts. From the landing island, a dhoni will take you to the island of Meerufenfushi in a 3-hour drive.

On the way we are accompanied by dolphins and flying fish. Upon arrival, we realize that the new dive center has actually established itself on the island. We are stormy received by our dive guide. The accommodations are still characterized by minimal comfort. We are not angry about this because we appreciate the seclusion of this far north island. After an extensive dinner and a night spent under open doors under our mosquito nets, we already dream of sharks and mantas.

The next morning we go to the first reconnaissance dive to the house reef. Our dive guide first wants to fathom our diving skills, as there are also some other unknown guests on board. So we start with an adventurous old fishing boat. Brigitte is very skeptical about whether we can get away with this old barge, especially since the main equipment consists of several large pots for removing the water.

But then we learn that the small boat serves only as a feeder to the slightly larger submersible. As it turns out, this is a converted Dhoni and also at least 100 years old.

Three years ago we explored the underwater world with diving goggles and snorkels and diving freely. Most reefs were fantastically untouched and characterized by great fish wealth. Little baby sharks and rays even ventured into the shallow water on our beach.

At the reef edges we have seen a variety of reef sharks and giant manta rays during our snorkeling runs. Of course, we are curious to see how everything developed. The anticipation is great. Jürgen makes some courage and tries the emergency, so so a shark attack is repelled?

Our boatman uses the time and meanwhile provides sufficient food, because the dives are exhausting and exhausting. The sea provides an incredible amount of food here. Due to the almost always present strong current in the reef channels, countless shoals of fish cavort here. As soon as the fishing line gets into the Water left, the catch can be pulled out already. But now we go. Dive tank, regulator, depth gauge and the other equipment will be thoroughly checked for functionality. Does the diving goggles fit properly? Ok, then we get ready to jump into the depths. My dive partner Rüdiger is already down. We have agreed not to go too far from each other. The water is very clear. The view is about 100 meters. The current here at the house reef is not very strong, so we expect a comfortable dive. We are greeted by huge coral reefs with a variety of formations. On the dying corals, new corals grow in an intact reef, so that the reefs grow steadily. If everything was still loud and hectic on the top, we are greeted here by a special silence, broken only by the noise of the regulator. So we slowly float well balanced on the sloping reefs along and enjoy the ever-impressive flora and fauna of the underwater world.Rüdiger is once again on a reconnaissance and looking in a small cave for a moray eel, which he has discovered. The bites of adult specimens are not without danger. Therefore, very careful tactics is announced. At some distance we see the first blacktip sharks, which are a reef shark at a depth of 1 to 270 meters. In some places, the first effects of the expansionism on the islands can already be seen. The building material for the cabins and bungalows consists essentially of coral, which are broken from the reefs. The damage can still only be seen on a few panels. However, we fear that the very sensitive ecosystem under water will be permanently damaged in the long term. Our air supply is slowly coming to an end and so we start to emerge after about an hour. We were not particularly deep this time and are not more than 20 meters submerged. This saves us the otherwise lengthy Dekompressionszeiten when surfacing. Back on the boat, we are satisfied with our first successful dive. The dive guide promises us much more spectacular dives for the next few days. It should already go the next day to a remote, not yet dived and completely untouched outer reef. The ride there by boat, he says, is about 2 hours. But we are still in the process of processing what we just experienced. Once again the equipment is checked. The camera is tight and everything else is fine. The first images so longed for are in the box. After a short drive, the island quickly comes back into view. We are all quite exhausted and looking forward to the dinner our captain has caught for us. 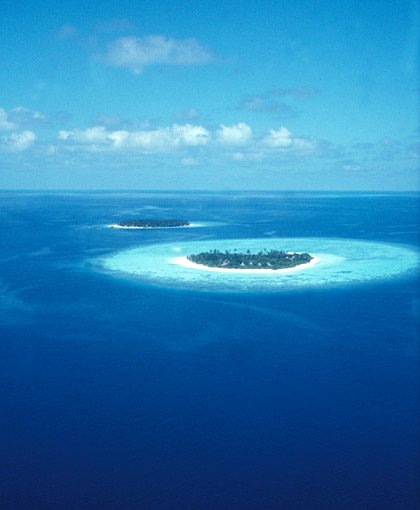 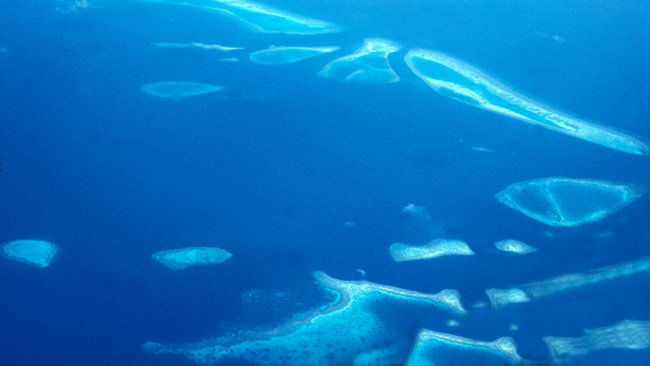 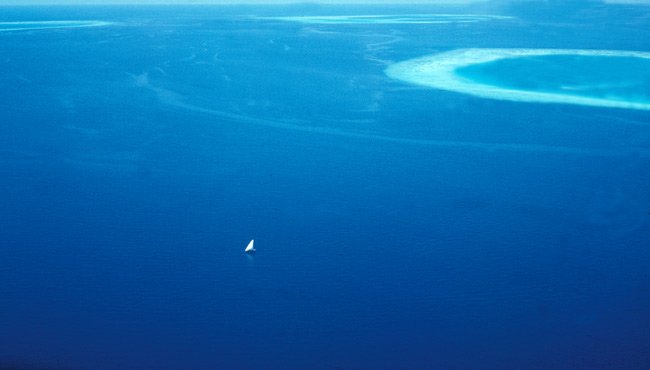 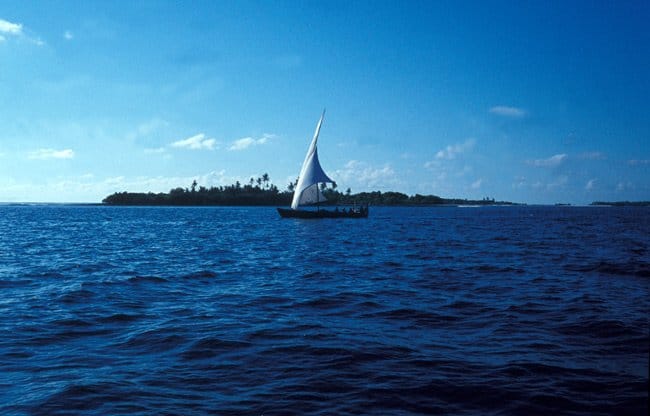 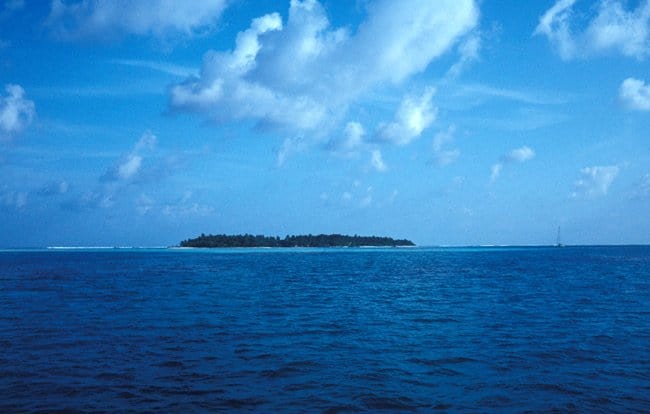 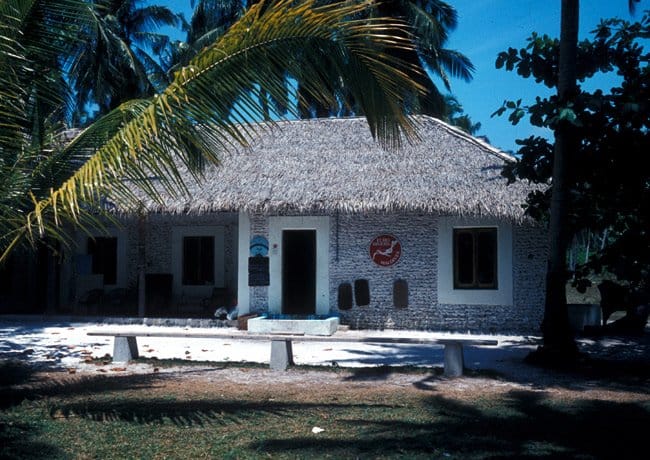 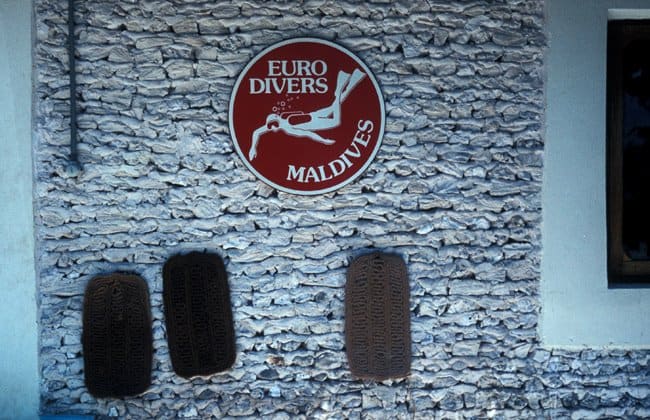 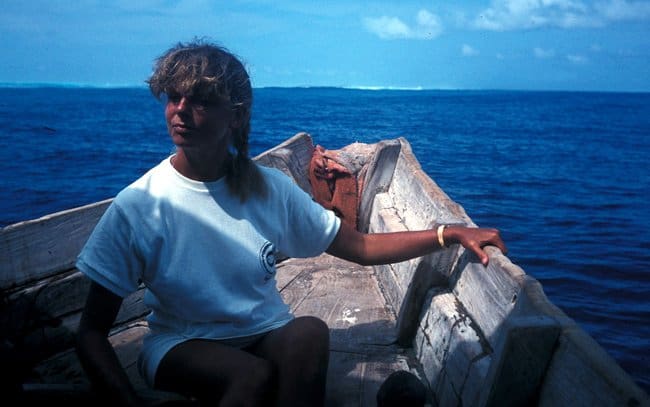 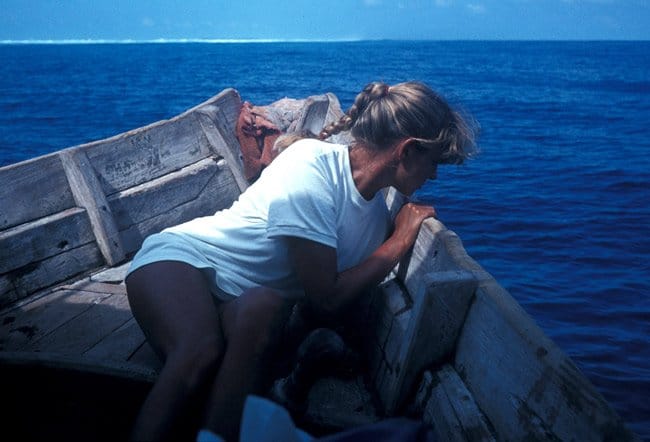 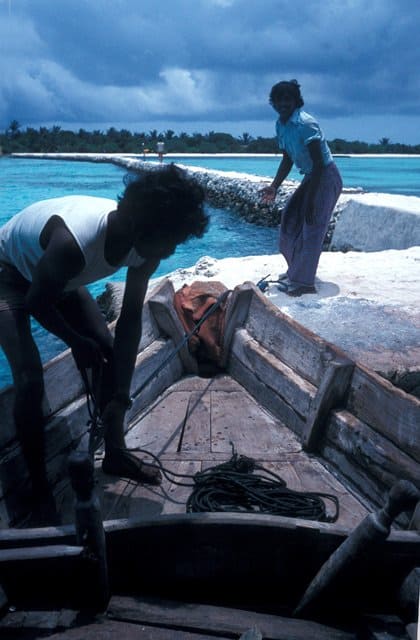 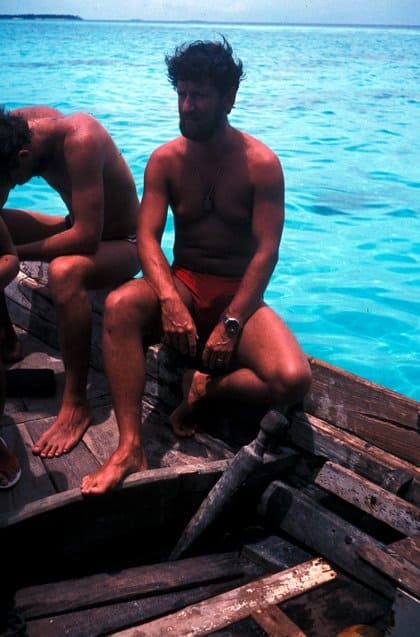 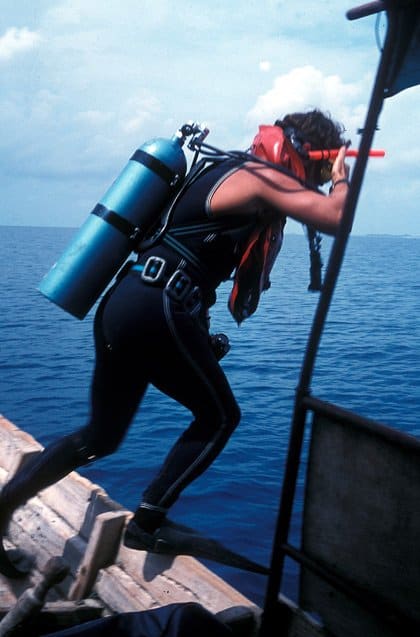 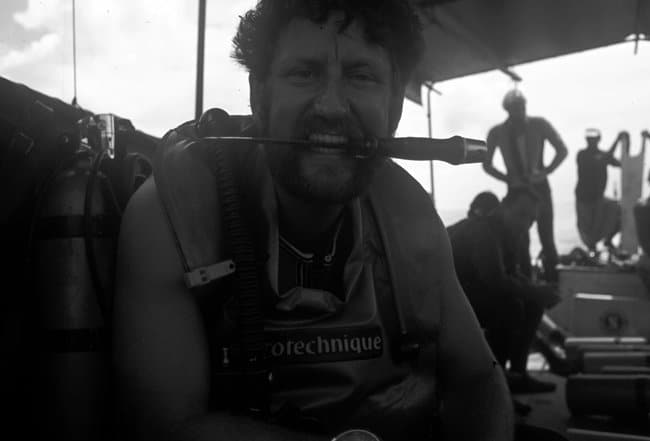 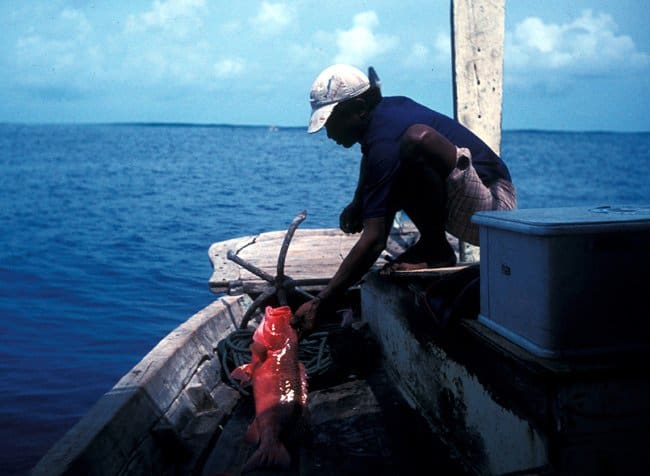 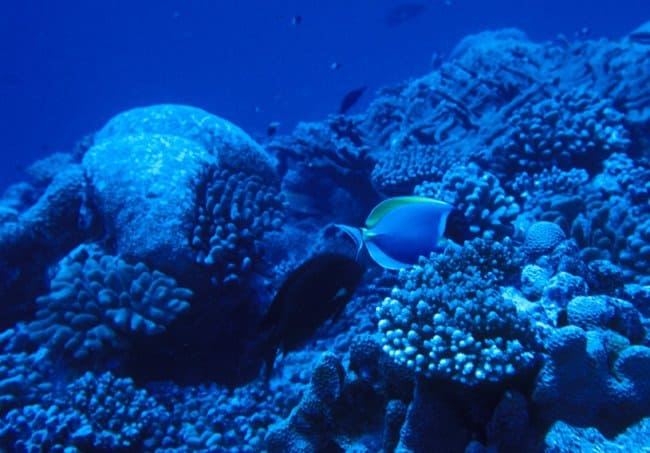 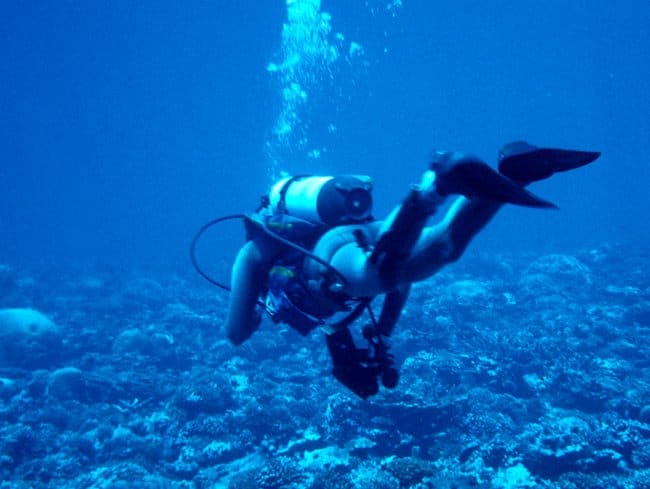 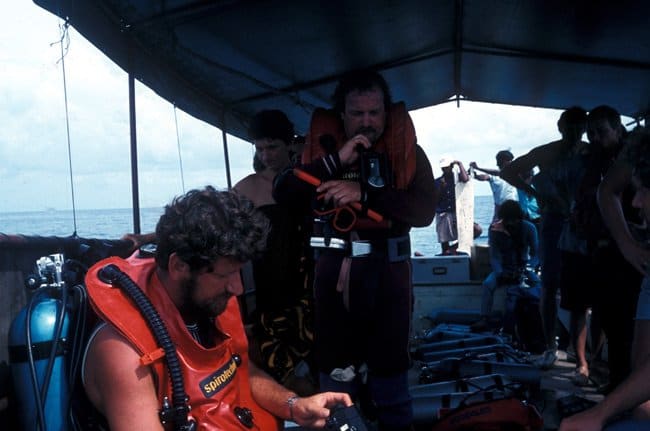 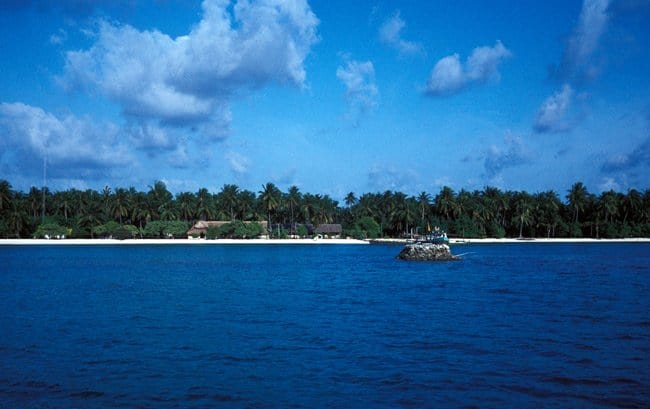 Questions about the destination Malediven?