Sta. Cruz with its clinging Puerto Ayora is the most populated island of the archipelago. Here is the national park administration and the research station Charles Darwin. The station has several small museums that show the history of the islands. In addition, here are some breeding enclosure of the various turtle species, which are partially threatened with extinction. Also the well-known Lonesome George as the last of its species is at home here. The map shows the port facility Pto. Ayora. 80 percent of all Galápagos cruises depart from the main town of Puerto Ayora, the southern one

All tourist boats on the Galapagos Islands sooner or later arrive at the Academy Bay (the natural harbor basin of Puerto Ayora) with more than 10,000 inhabitants the largest town of the island kingdom. Goods are being transferred to smaller boats in the harbor, which are driving to the offshore inhabited islands. We wait for the dinghy, which brings us back to our small motor yacht, to explore the other islands of the archipelago. The motor ship is our floating hotel.

Not only the public advertisement is still like the 19th century. Even life has its own rhythm. Everything is slow and relaxed in the Galapagos Islands. We have explored the island auseichend on foot. A visit to the Darwin Station is of course a must. We watch a little boy helping his father to unload the fish. Early practice, who wants to become a real fisherman …….

In the harbor are some motor ships and sailing yachts, which take a few days to pause, before going to the more distant islands. At the side there is a circumnavigator who stops here. A larger cruiser also refreshes his Vörräte in the port of Ayora.

It raises to the evening a storm front, which is hopefully over in the morning. Before the morning departure, we find out that another motor yacht has dropped anchor next to us during the night. As it turns out after a long smaltalk from railing to railing, it is a British on a world tour, the forced the thunderstorm for involuntary break. 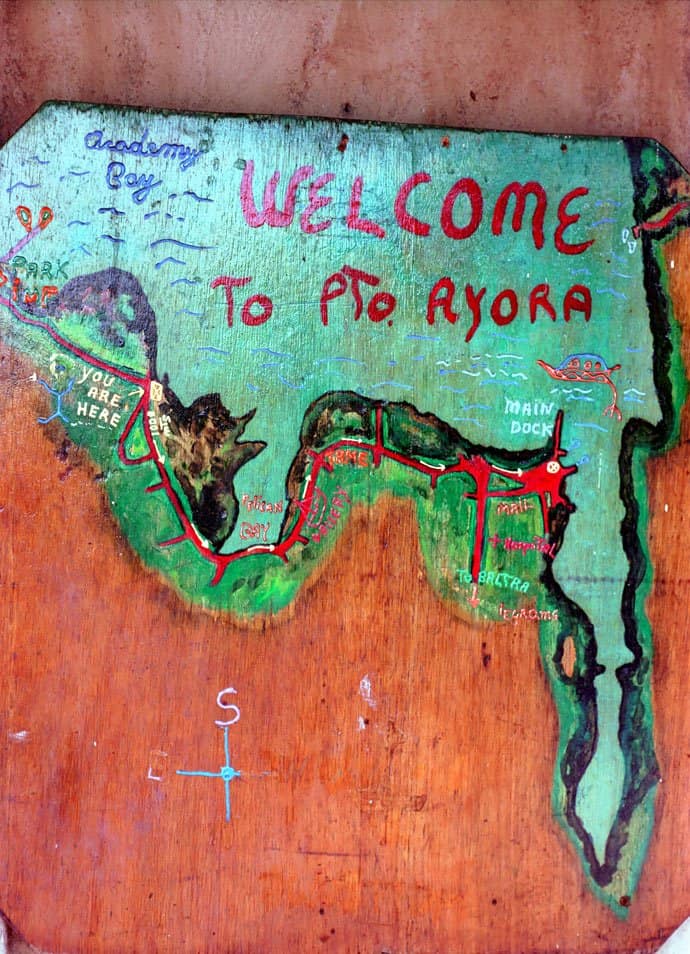 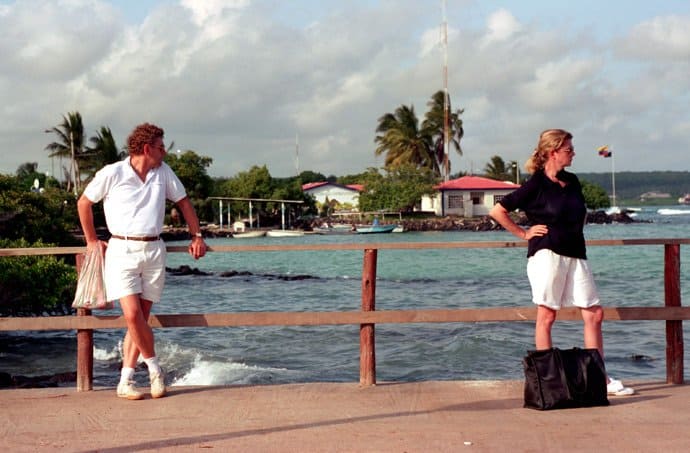 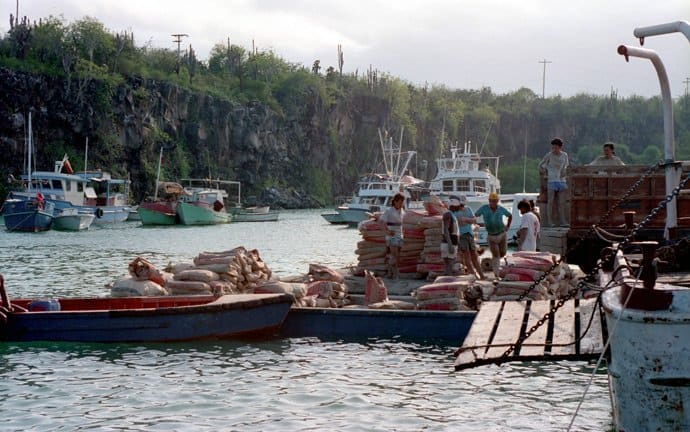 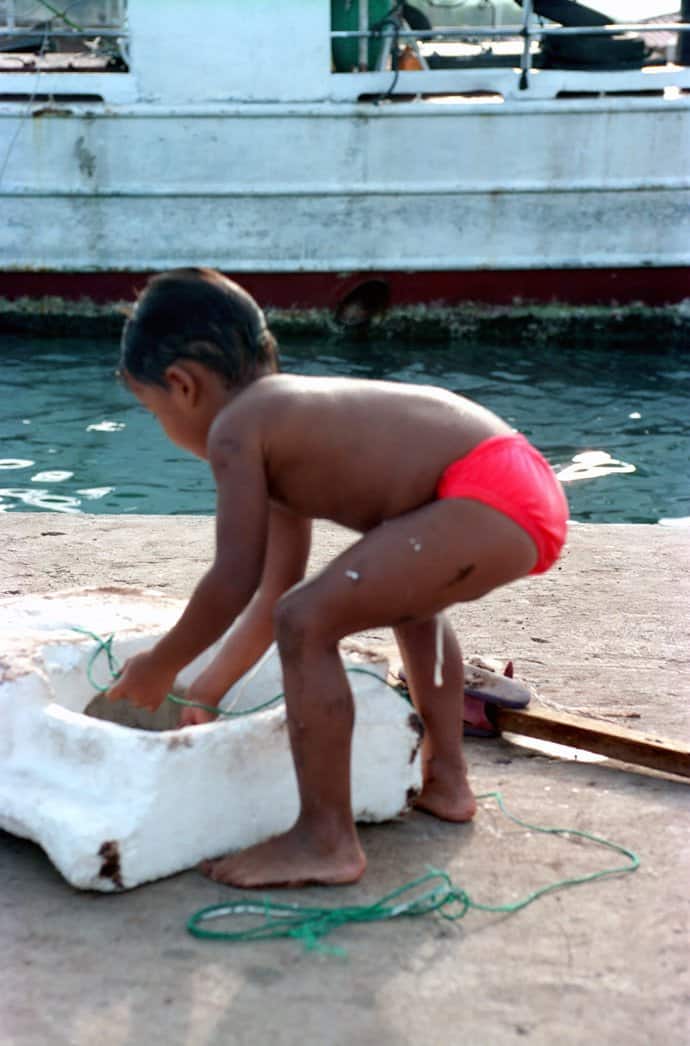 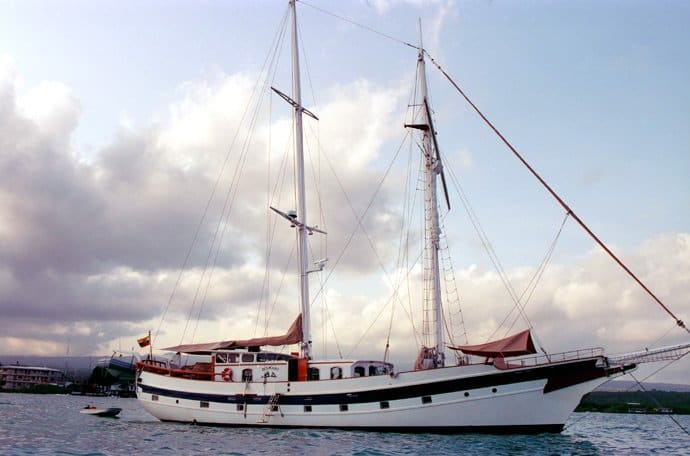 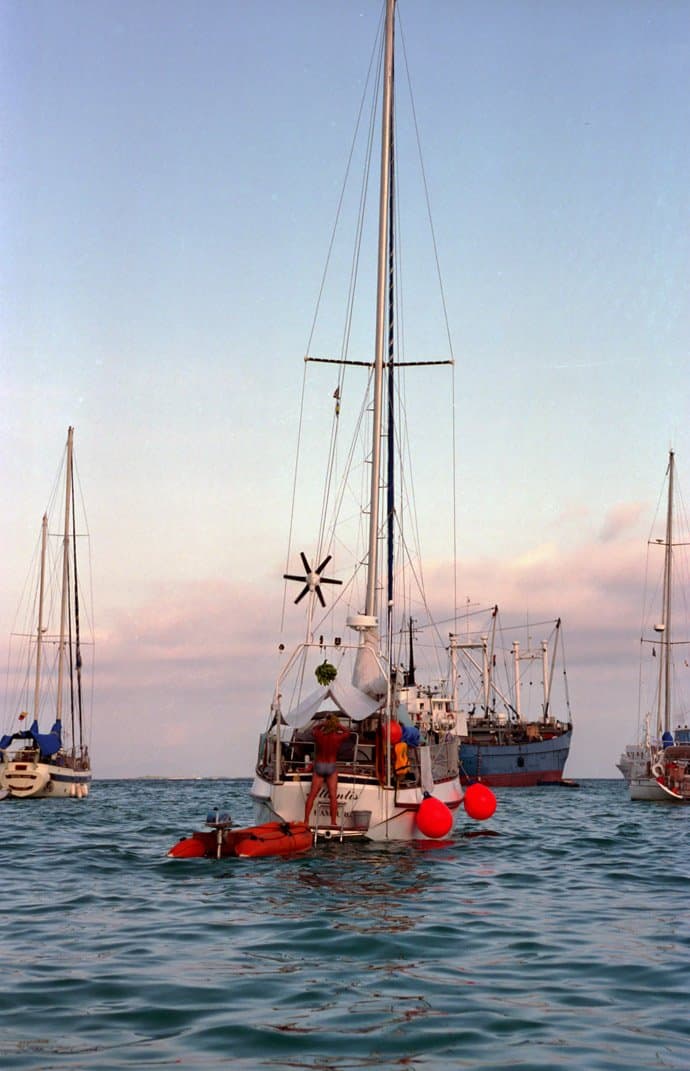 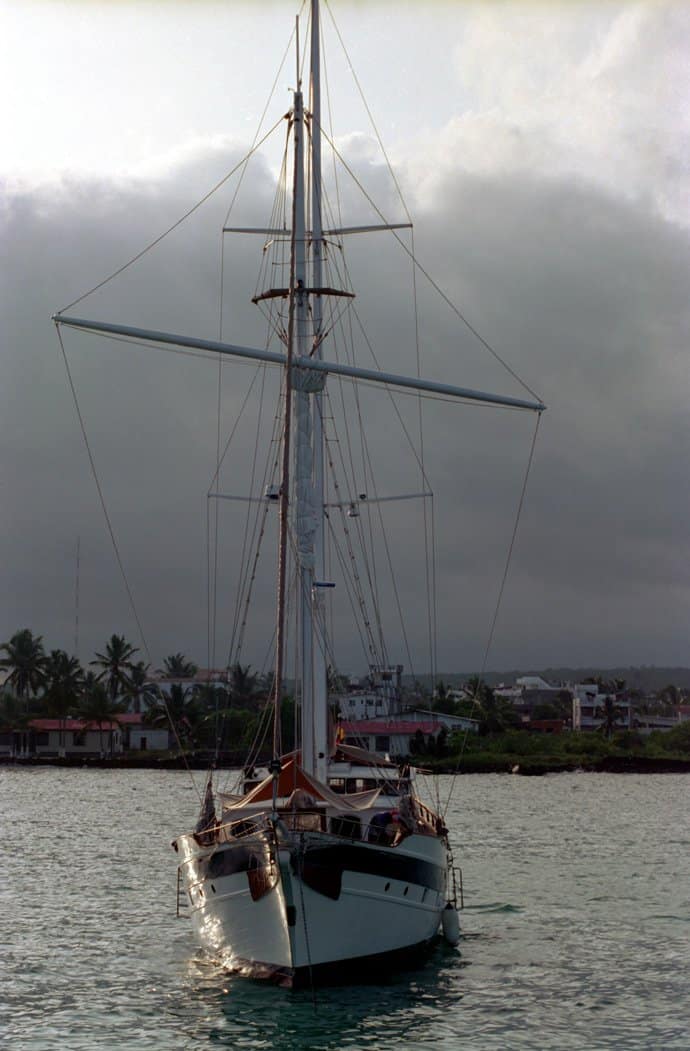 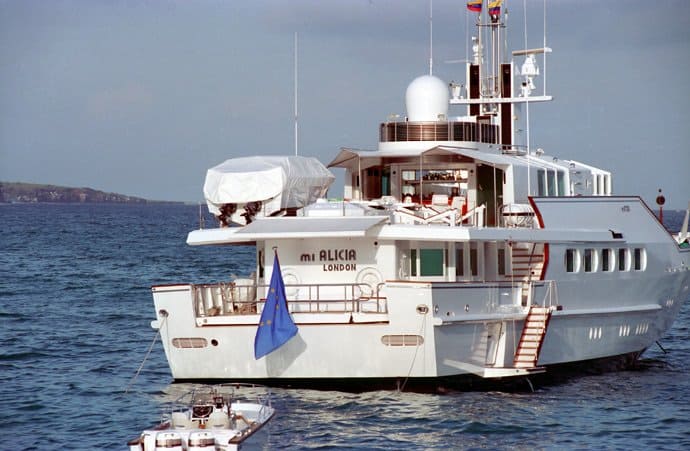