The colorful, Indian market is one of the Andean tourist attractions in the highlands. The traditional Indian markets in the Sierra reflect old traditions and habits that have their place in a thoroughly multicultural society such as the Ecuadorian.

On a daily market in the highlands we find the typical vegetable stews. On a wall of a house, we see a market woman under her provisionally arranged tarpaulins, which are supposed to protect against the sun, but also against occasional heavy downpours. In many places of the market, simple local specialties are offered for lunch.

On a wall of a house we see a market woman under her provisionally arranged tarpaulins, which are to protect against the sun, but also against the occasional violent downpours

Not infrequently, the entire family is involved in the marketing of their own products. The original costumes are worn by tradition-conscious women. The older women are often seen in their traditional headgear. They sit on the bare ground and praise their goods skillfully and not too loud.

For the European eye, the market is often impenetrable and hard to overlook. There is something else on every corner. A vegetable seller sits in the midst of her products. 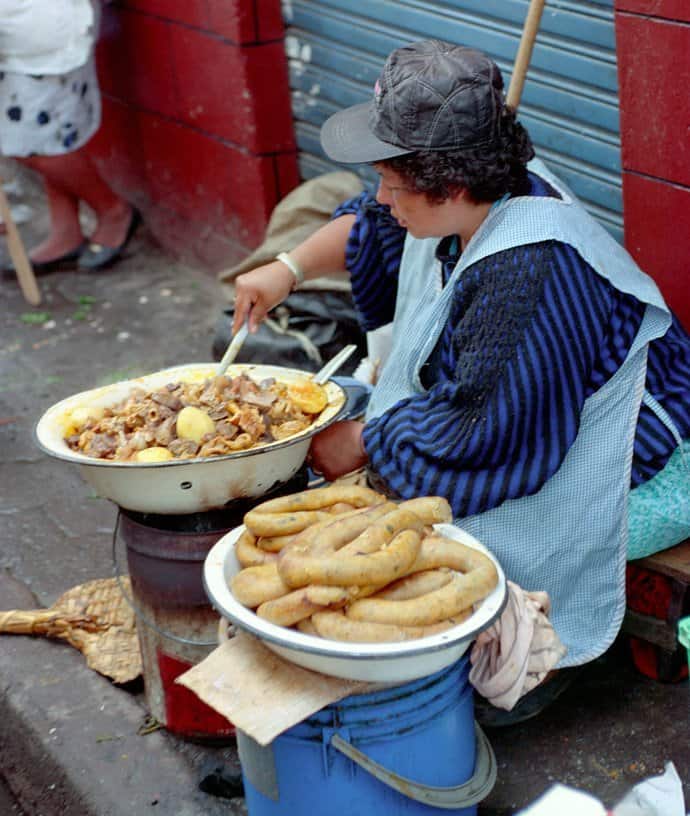 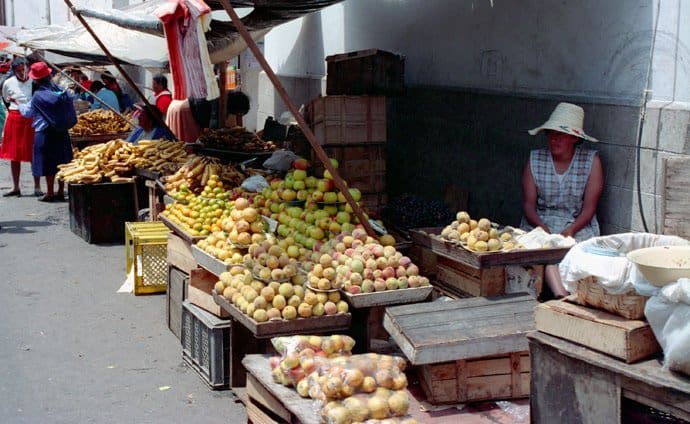 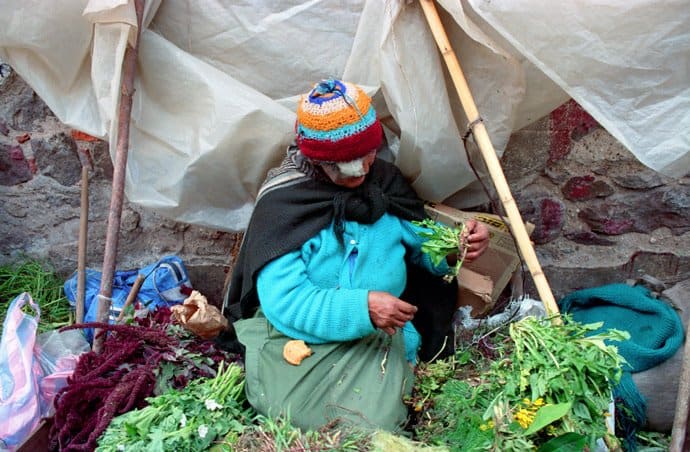 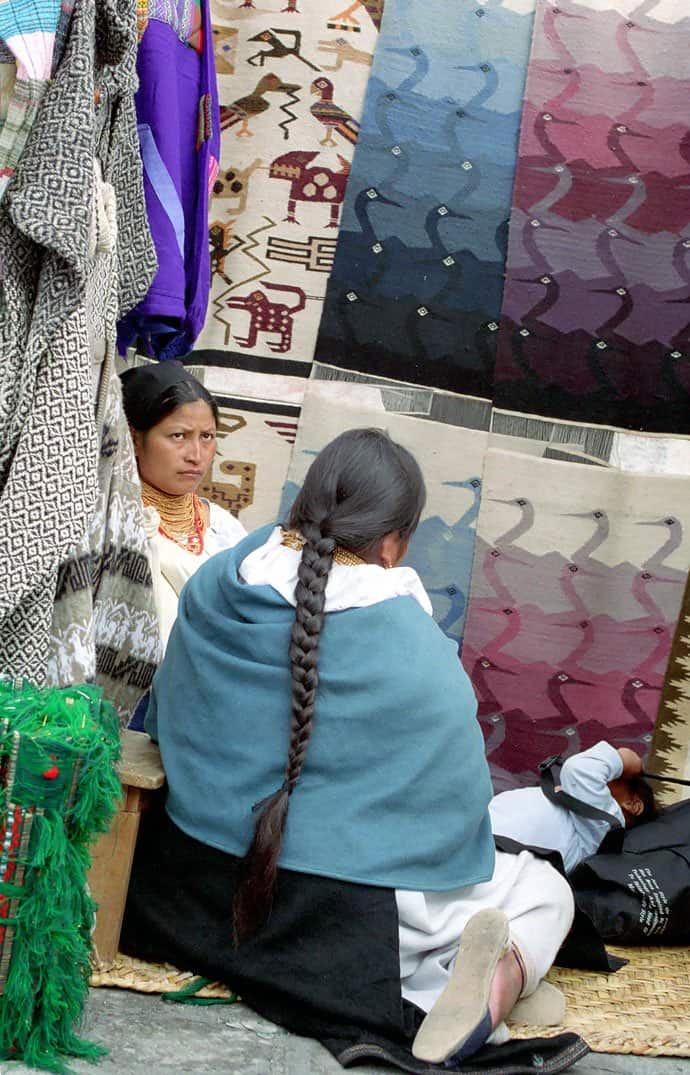 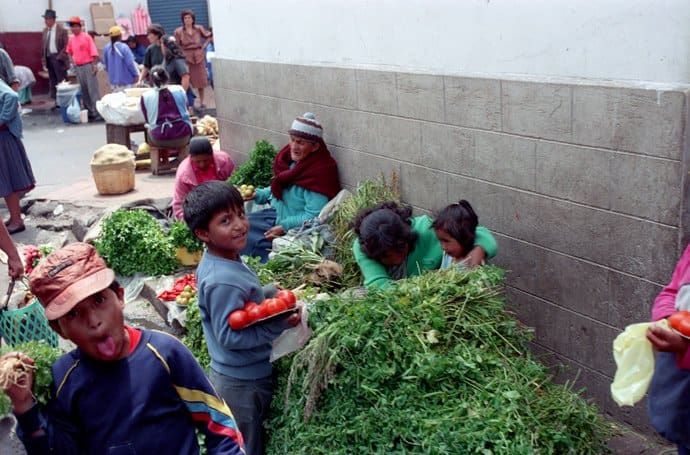 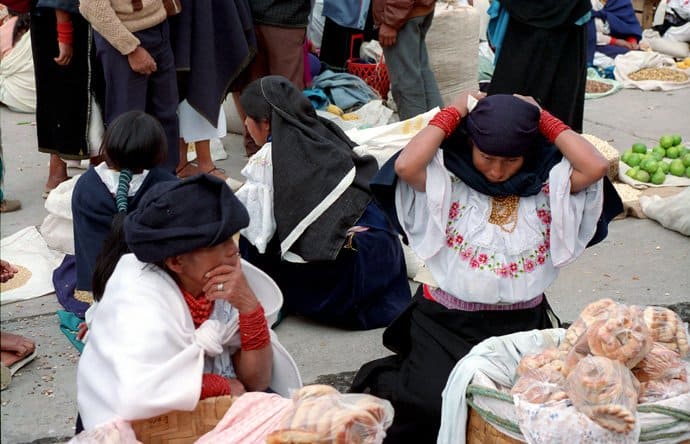 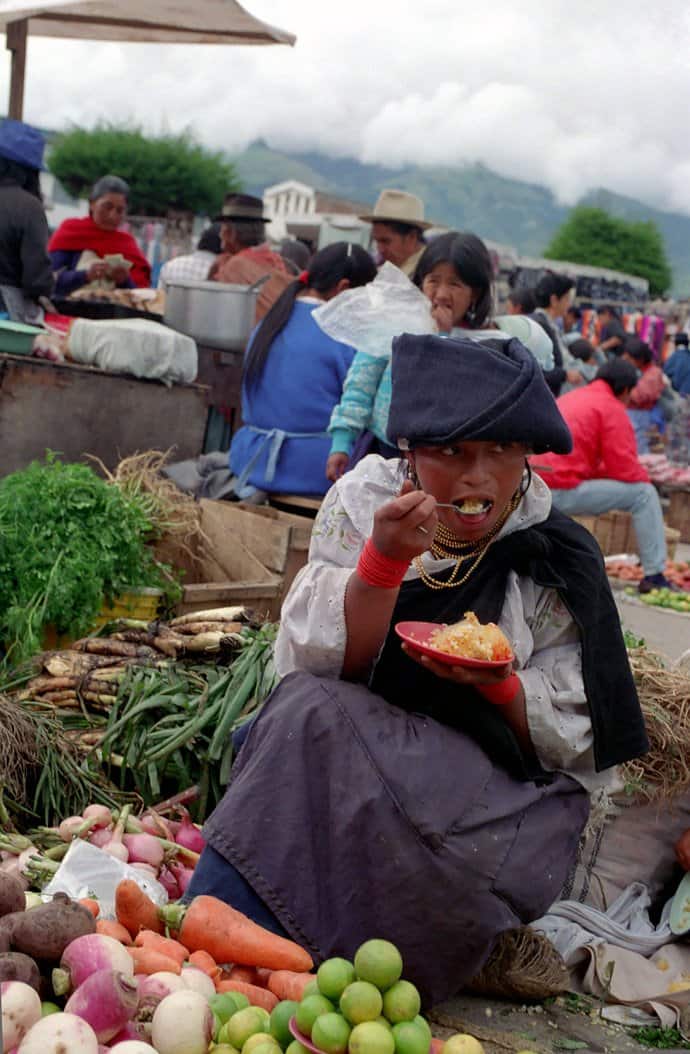 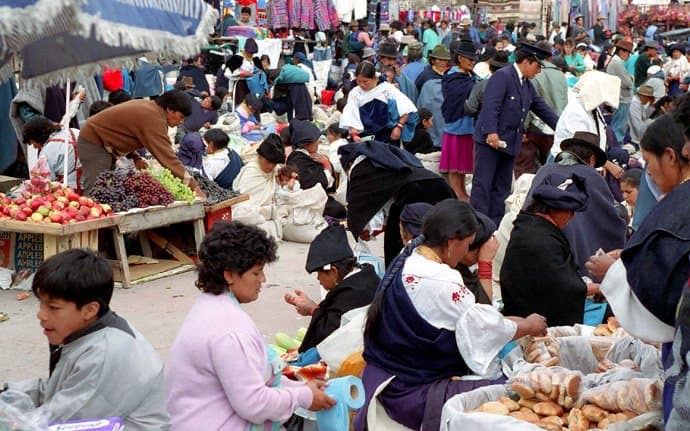 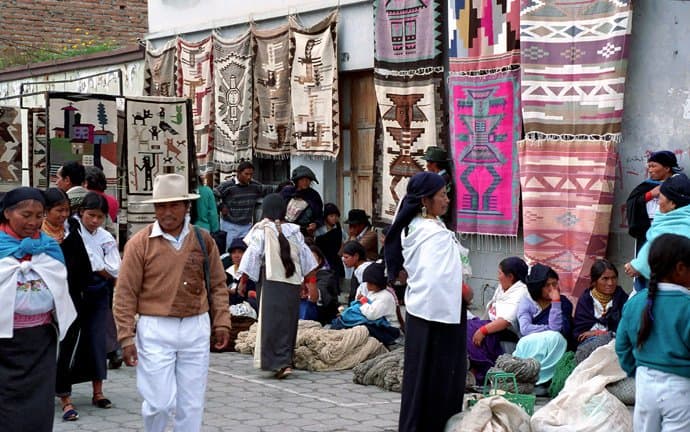 Questions about the destination Ecuador?