Bali is often called the island of 10,000 temples (or “island of the gods”). That’s not an exaggeration. Every single village has at least 3 temples: the Pura Desa, where temple feasts are celebrated, the Pura Dalem for the goddess of death (this is also the place where the incineration ceremonies begin) and the Pura Puseh, which is dedicated to the gods of the heavens. Temples can be found everywhere, on the mountains, in the valleys, in the rice fields and at the sea. Every temple is different. According to the Balinese mythology, the water was in the beginning. The gods created the turtle, which was exposed by them into the sea. The island of Bali developed on the back of the turtle. The Kingdom of Heaven is the ancestral home. The sea is the kingdom of demons. Between these two extremes people live. But all that is ruled by the gods. The Balinese consider their homeland as a loan from the gods.

The population consists of 95% Hindus. The so-called Agama Hindu Bali, Buddhism, Islam or even Christianity are characterized by animism, the belief of the inspired nature, of demons and magical powers. And the saying – “Bali, island of the gods and demons” is confirmed everywhere. Each temple has a shrine to the ancestors (the most important shrine in each temple) and two shrines to the two most sacred mountains in Bali, the Gunung Agung and Gunung Batour Volcanoes. There is also always a throne for the Sun God Surya and shrines for so-called auxiliary deities, which should ensure that in the worship ceremonies, everything goes well and that lead to the gods book on the offerings.

The gods and demons are honored by countless small wickerwork, in which flowers, food and incense sticks are placed. You can find these little baskets on the side of the road, in front of the shop entrance, at the entrance to the house, at temples, at crossroads, in cars, on the beach … … in short, everywhere. The Balinese religion is still very much alive. Every morning, somewhere in Bali, small or larger groups of girls and women with elaborately decorated offerings can be seen walking to a temple. The most important temple feasts are celebrated with long processions in which everyone participates and which are also accompanied by gamelan musicians.

Although each temple is unique, they share certain elements. Each temple has two courtyards, one outer, which is accessed through the split gate Candi Bentar, symbolizing the two separated halves of a stupa), and a courtyard accessible through a covered gate (Padu Raksa). In the courtyard there are preparations for temple festivals or religious rites. The courtyard surrounds the actual sanctuary with the shrines and gods’ thrones. When entering the temples always a Selendang (temple scarf) is to wear.

Balinese themselves in a long line of ancestors, associated with those who were before them and those who will come afterwards. Death is the transition to another form of being. Life on earth therefore requires everything to do that pleases the gods. The nature, the land and the sea are only a loan from the gods. Almost every temple is adorned with imaginative figures. These, mostly wooden figures, are elaborately painted and embody the various demons and gods, as well as guardians who are to prevent the evil spirits, to penetrate into the sanctuary of the temple. 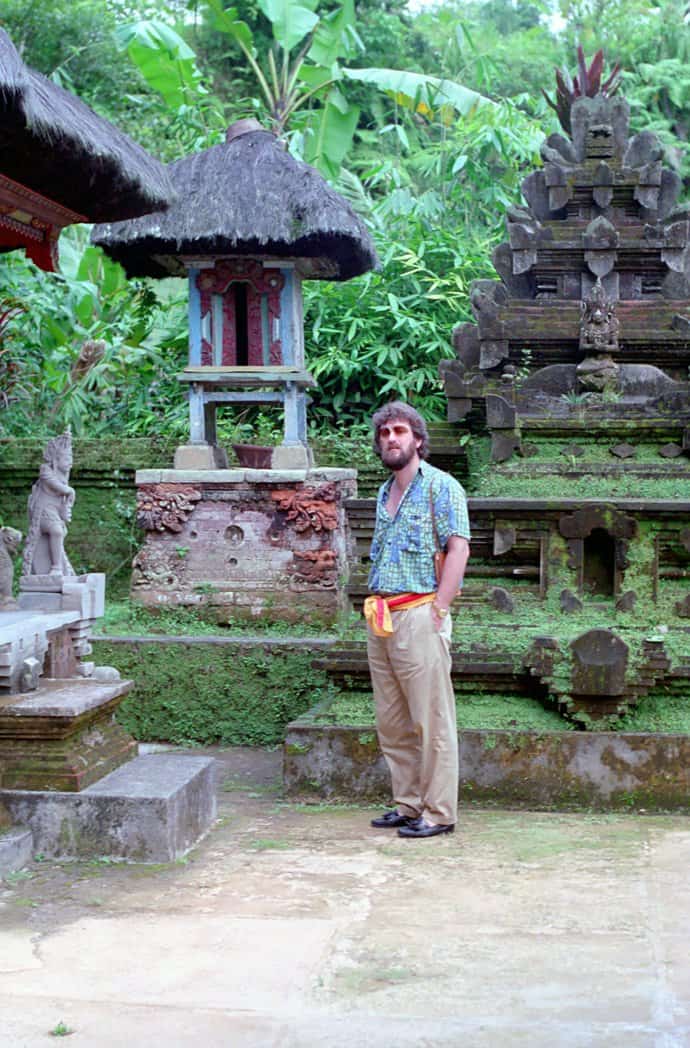 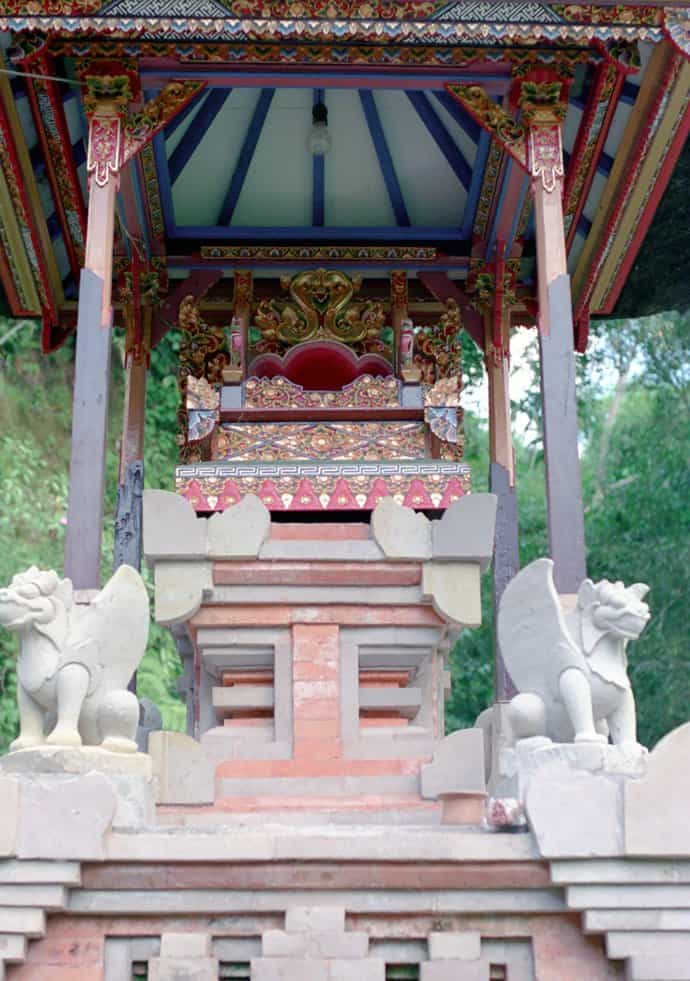 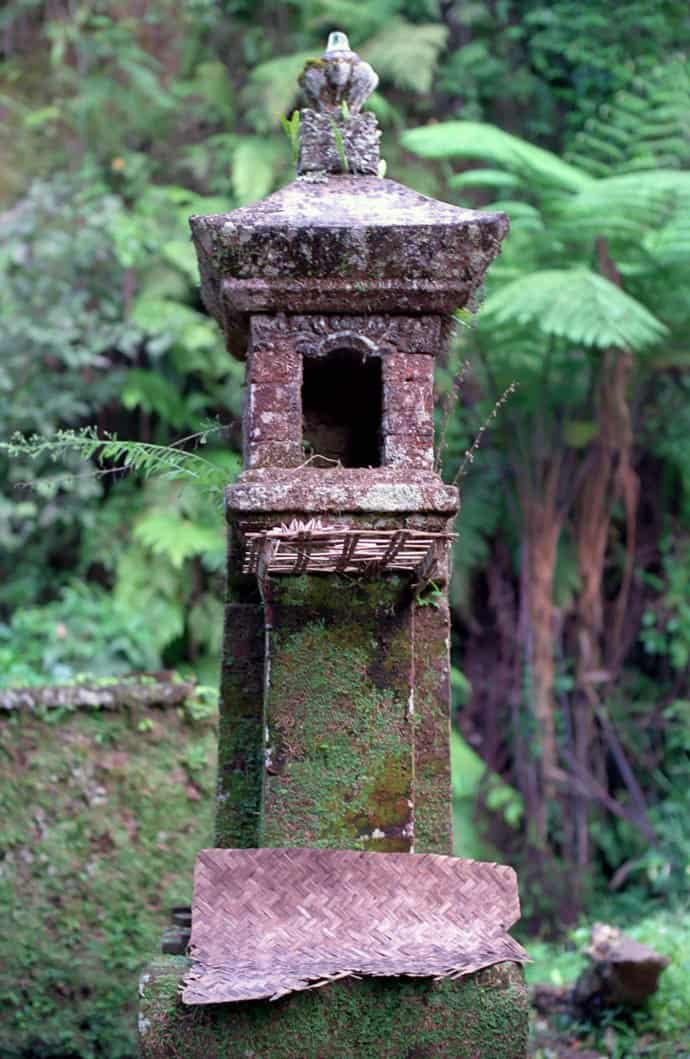 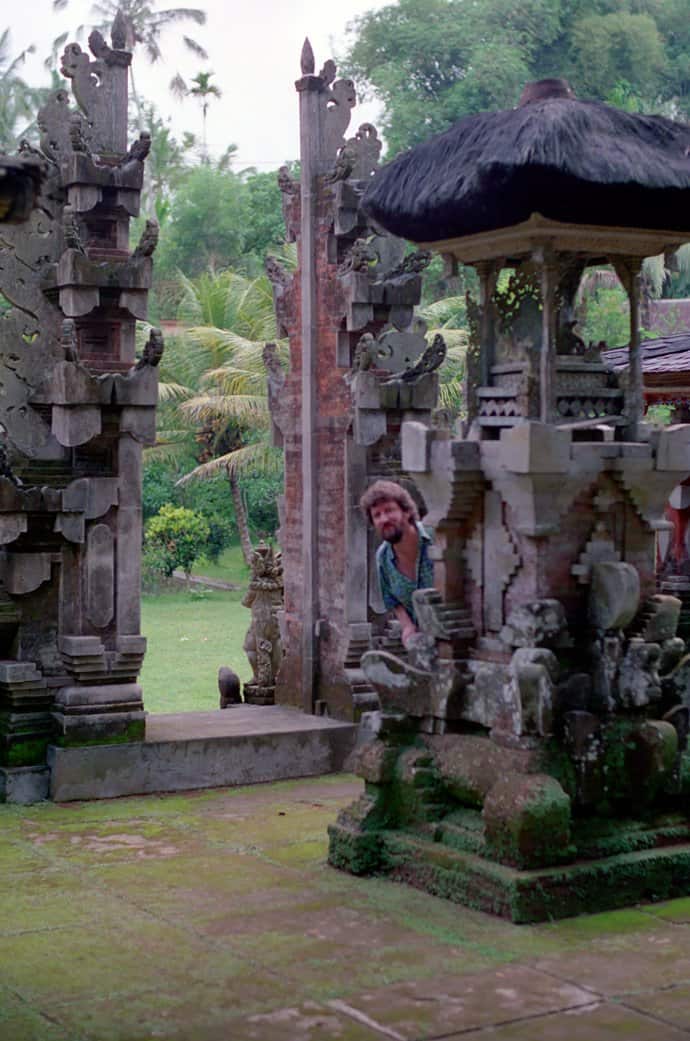 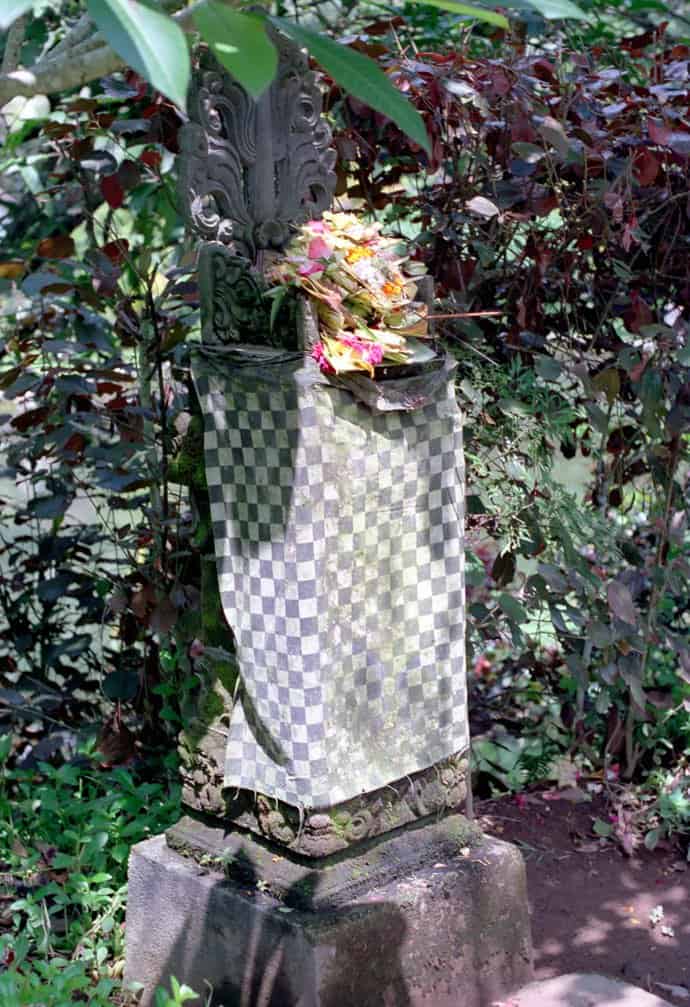 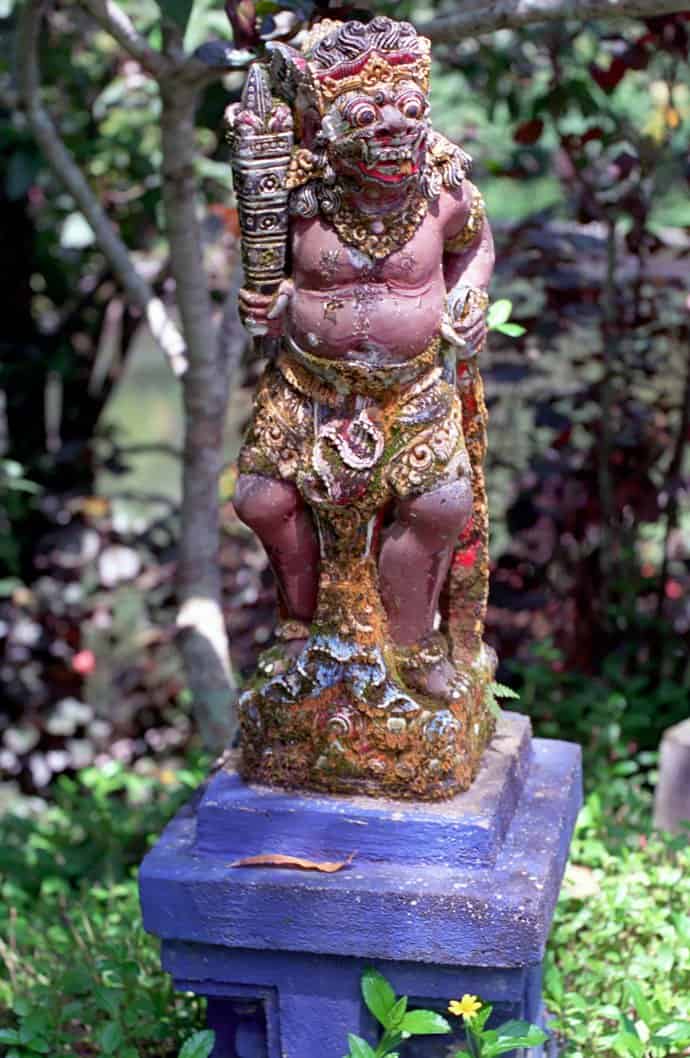