The cockfight is originally a religious ritual and the cock killed in combat is sacrificed to the god Shiwa. The custom comes from pre-Hindu times. The blood that flows in the cockfight in the earth, the demons should be soothed. Meanwhile, cockfighting has become more and more the entertainment sport of men.

The cockfighting is the national sport of the men of Bali. On the streets you can see everywhere bell-shaped woven baskets in which the taps go proudly up and down. They are vigilantly guarded, cared for and even massaged daily, so that their muscles develop strongly.

If the men sit together in the evening after work, they will compare which one is probably the best one and discuss past and future struggles. The cockfight comes from prehistoric times, he was then a rite to appease evil spirits by a blood sacrifice. Today he only serves to satisfy the passion. By plucking at the feathers, the animals are made angry. They go at each other with long, sharp knives attached to one of the feet.

After a few seconds, the fight is usually decided. One of the two cocks breaks down bleeding. Actually, cockfights, which are held only in the context of a competition, banned since 1982.

Cockfights are still allowed for ritual events (such as cleansing ceremonies, temple feasts). Despite the ban, however, many so-called “training events” continue to take place. 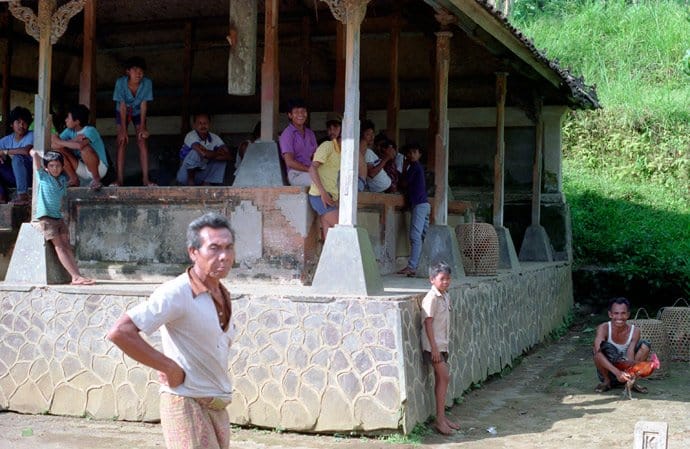 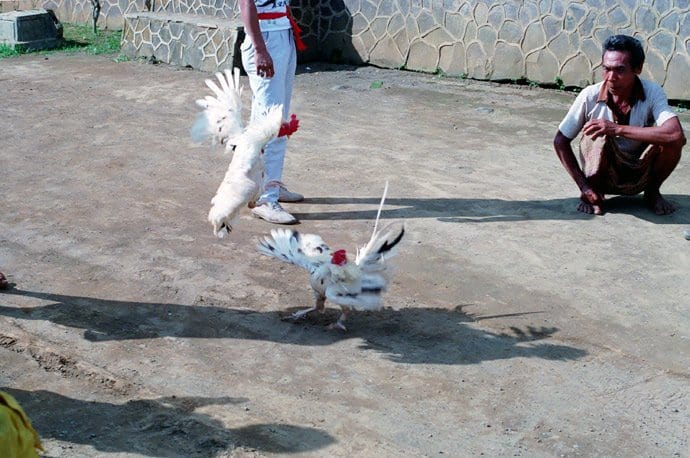 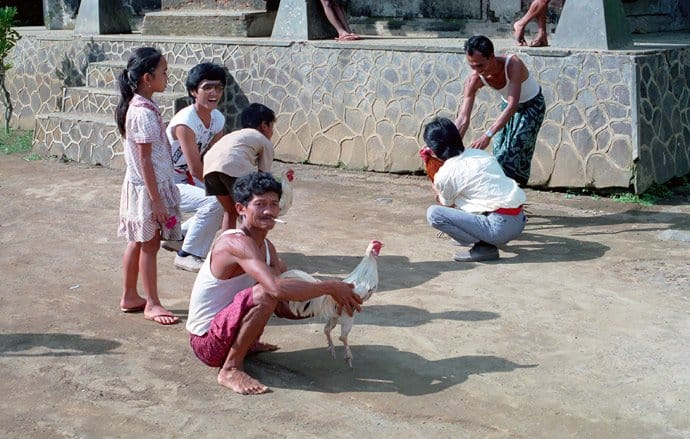 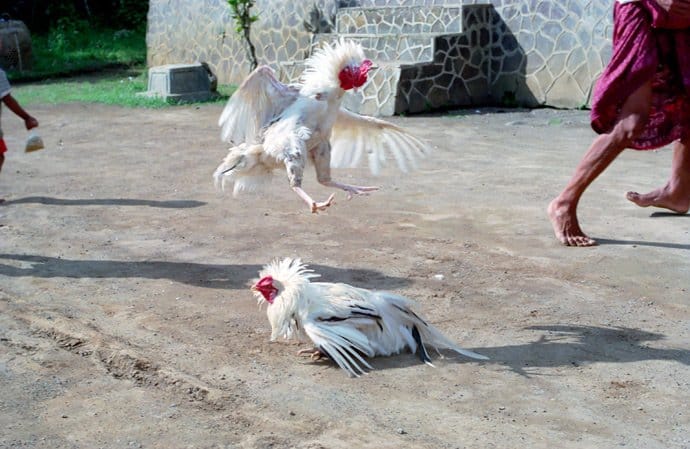